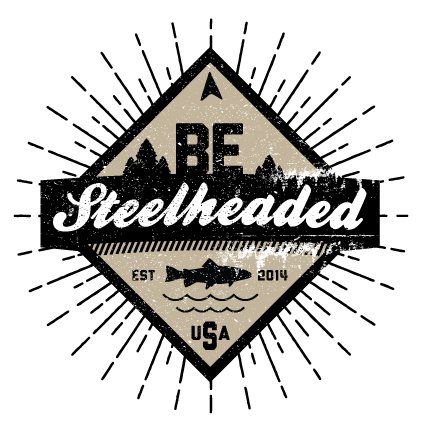 There's some pretty awesome stuff going down at Trout Unlimited in regards to wild steelhead.  Take a look y'all:

In case you missed it, here's the recent update from the initiative:

We want to bring you up to speed on developments since the Initiative’s launch, lest you think we’ve been kicking back waiting for good things to happen. This is the first of many newsletters for Wild Steelheaders United Supporters.


Here’s a snapshot of progress in the first three months of the Initiative:


We have opened dialogue within the broad community of steelhead anglers to find common
ground on how to manage wild steelhead in a way that provides sustainable
recreational fisheries. It is unfortunate that battle lines are too often drawn
between different factions of sport anglers without first having a conversation
to find common common ground prior to discussing divergent viewpoints. We don’t
want to make that mistake with Wild Steelheaders United.


To that end, we have had several meetings with opinion-leaders, agency officials,
conservation leaders, industry representatives and decision makers within the
steelhead angling community to explain the Initiative. We have had productive
conversations with top fisheries brass in Idaho, Oregon and Washington and will
meet soon with officials from California Fish and Wildlife.


As you probably know, Trout Unlimited members are predominantly fly anglers. With that
in mind, we have focused on meeting with prominent individuals who are known
for their expertise in using conventional tackle to fish for steelhead. These
meetings have revealed that we often agree on many more things than we
disagree, including the need for all anglers to better handle wild steelhead starting
with keeping fish in the water prior to release.


Perhaps the most important thing we have gleaned is a need to educate anglers --
specifically, things they should know to both enjoy the sport and take care of
wild steelhead. To that end, John McMillan, Science Director of the Wild
Steelhead Initiative, has teamed up with filmmaker and wild steelhead advocate,
Shane Anderson, to produce a series of  short videos on topics including
how to handle and release if you are fortunate enough to bring a wild steelhead
to hand, and the importance of maintaining genetic and life-history diversity
to abundant wild steelhead. We will be releasing more information on those
soon, so stay tuned.


Here is a sampling of recent accomplishments:


Three Tongass steelhead systems and their tributaries were placed in watershed scale
conservation status and portions of two additional steelhead streams have been
granted wide conservation buffers along their headwaters. Although the
conservation of approximately 210 total miles of steelhead habitat certainly
represents progress, we still seek congressional action to conserve the
remaining 9,000+ miles of high-value steelhead and salmon habitat we’ve
identified in our Tongass 77 proposal.


This yearmarks the beginning of one of the more ambitious habitat reconnection efforts
ever attempted in Oregon, with major implications for wild winter steelhead.
Over the next 10 years TU will be working as part of an unprecedented
partnership to reconnect 178 miles of habitat in the Tillamook-Nestucca
Subbasin, which  includes the Miami, Kilchis, Wilson, Trask, Tillamook and Nestucca
rivers. When completed, 63 passage projects will reconnect 100 miles of
steelhead habitat.


TU recently received a $1.9 million federal grant to improve instream flow in three major
summer steelhead rivers east of the Cascades.   TU will work with
irrigators to modernize irrigation systems.  Low flow during the late
summer and fall is a major factor limiting wild steelhead in these rivers.


TU is working hard to restore steelhead habitat in the Yankee Fork and Lemhi Rivers
in the Salmon River Basin. This year wild steelhead were observed spawning in
newly accessible habitat that was reconnected by TU in the past few years.
(see youtube videos of spawning steelhead in project area).


TU was recently awarded more than $5.5 million in grants from California’s Fisheries
Restoration Grants Program  to restore wild steelhead waters from the Big
Sur River to the Mattole River in Humboldt County. Altogether, this funding
will deliver more than 20 miles of improved or decommissioned forest roads,
prevent more than 52,000 cubic yards of sediment from entering streams, restore
fish passage to ten miles of habitat, and remove or mitigate more than 170
barriers and instream structures.

Email ThisBlogThis!Share to TwitterShare to FacebookShare to Pinterest
Labels: Steele

Excellent! Thanks for sharing Throbbins!