A couple months back, the buddy whose boat I go out on in the warmer months threw out the idea of a Super Bowl weekend trip to his old stomping grounds up on Newfound Lake.

Originally there was to be a posse of eight of us but with two late dropouts we were six. Newfound Lake is a trout and salmon protected lake so we were limited to two lines per person. But even after losing four lines, we were still psyched at the potential of bringing some slobs through the ice.

Some of the group was able to get to the cabin on Thursday night in order to put a full day in on Friday. I was toiling away in the office and I get a text: 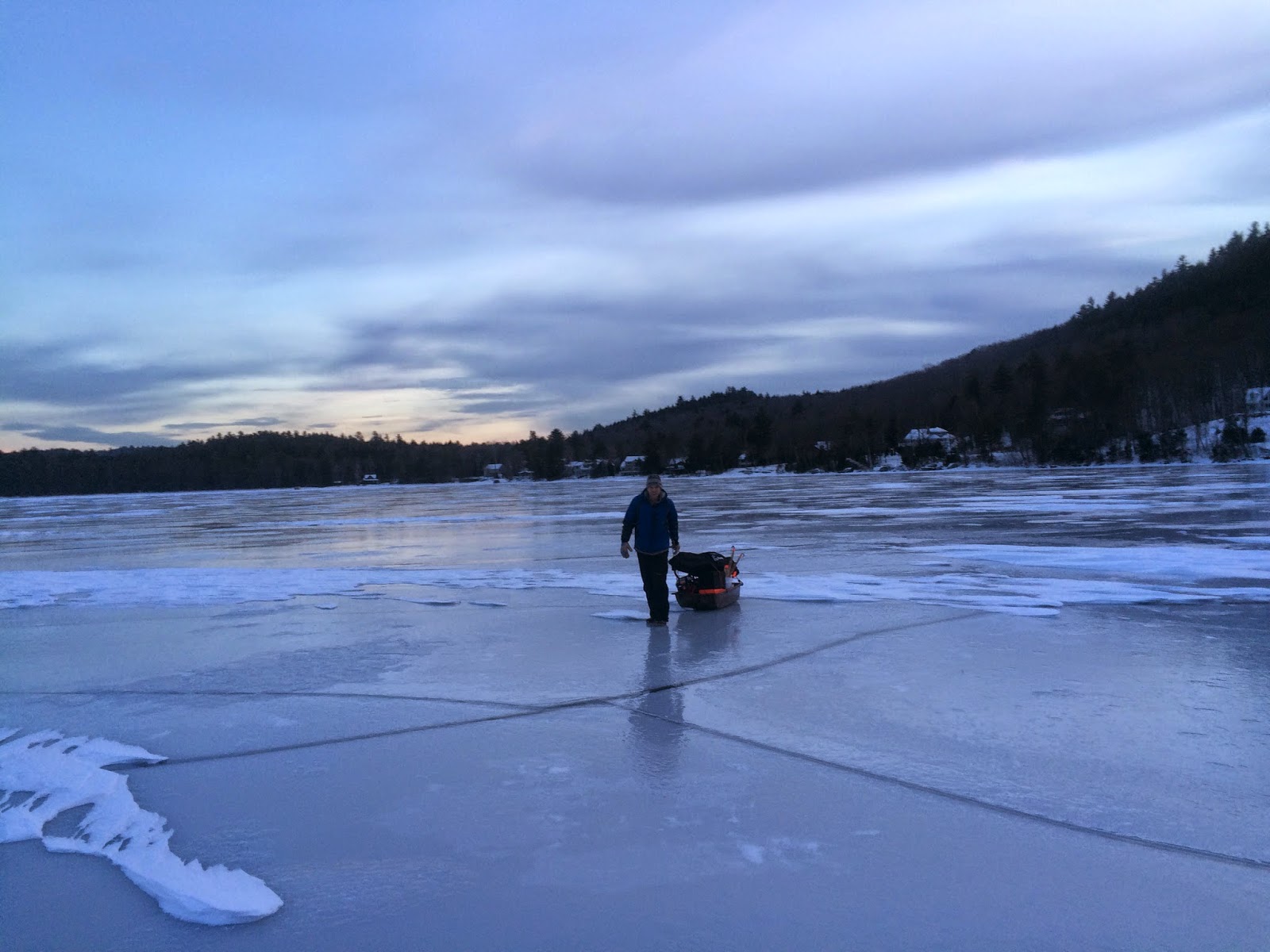 They had found a nice spot that was perfect for all intents and purposes, nice changes in depth, a lot of different formations under the ice, perfect. So the three gents who made it up early set up the shanty and popped some holes.......and sent us all the spoils of their efforts: 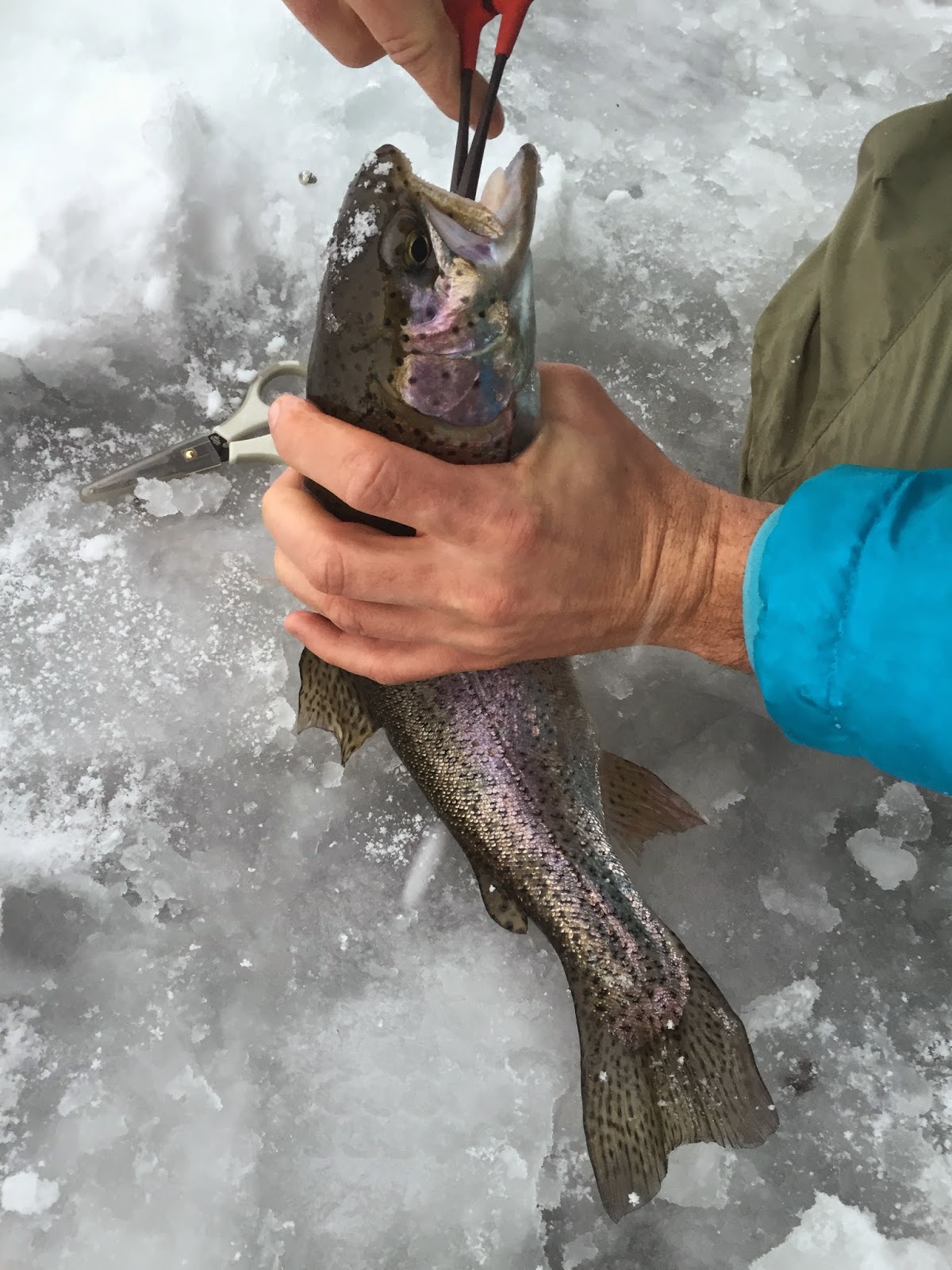 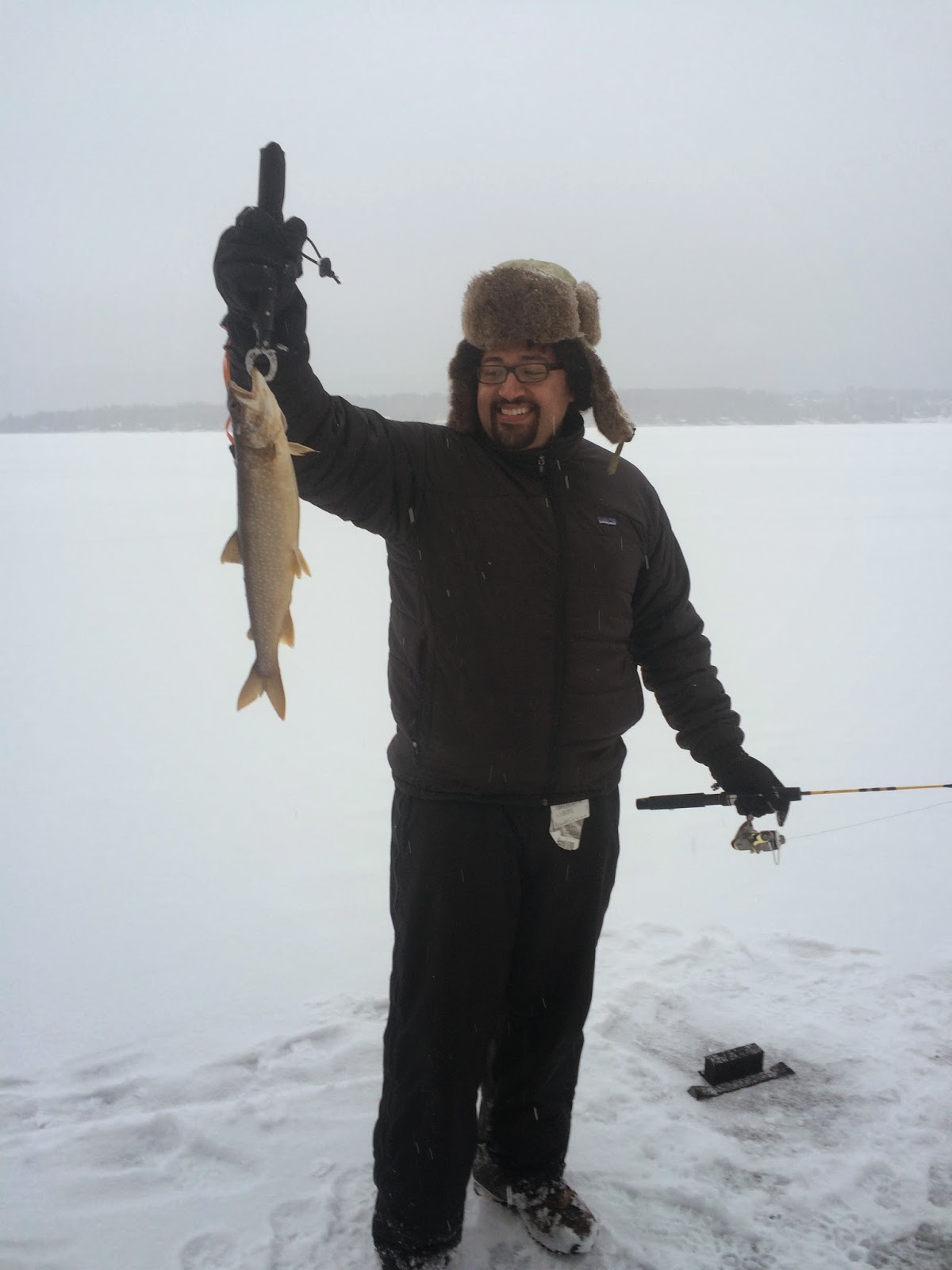 By the time my buddy Joe and I got to the house, it was 1045pm and the winds were blowing pretty insanely and a conversation started as we met with an old friend: 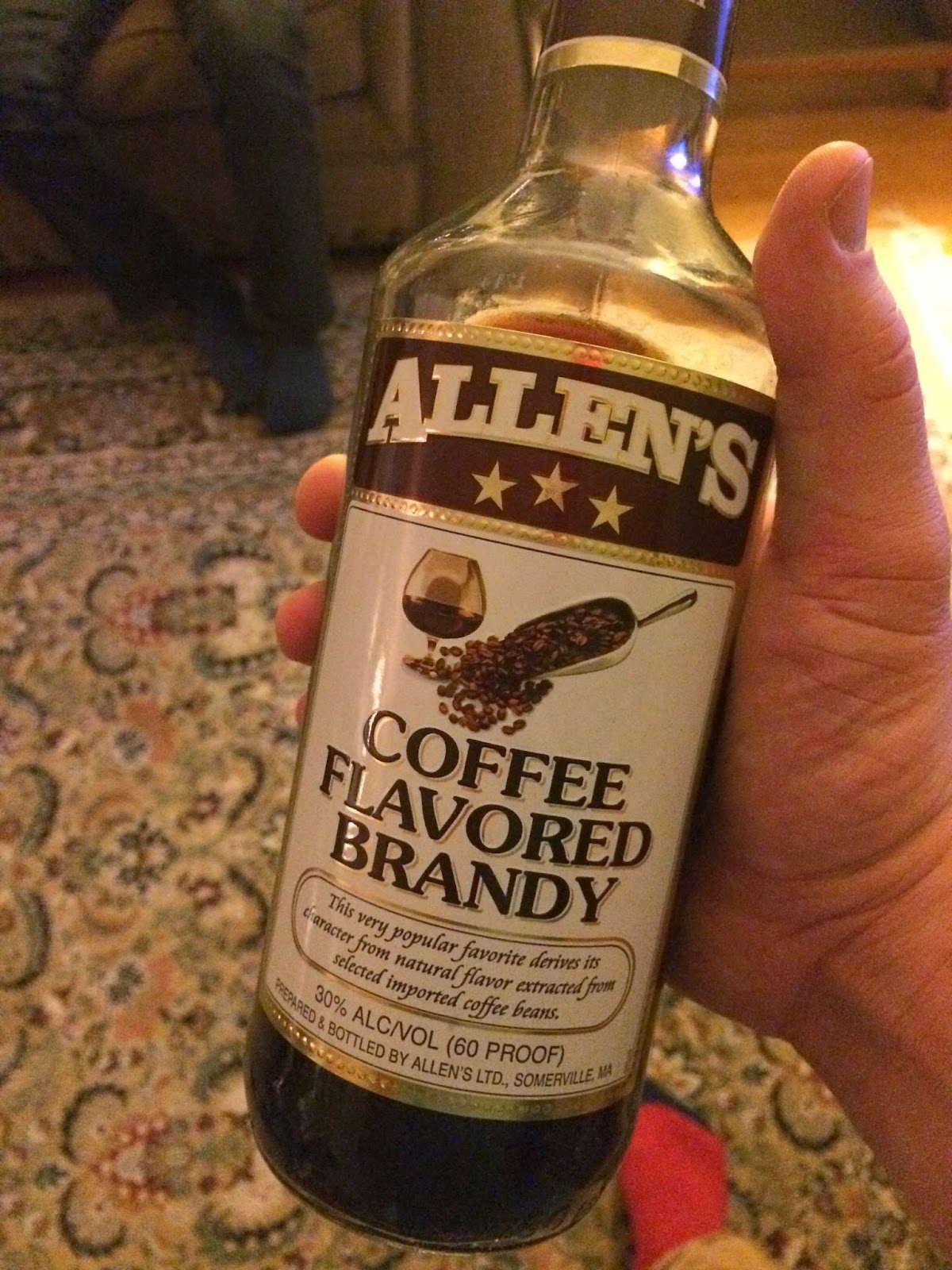 "Do we think the shanty is still there?" There were some bets placed and some very scientific conversations had about the merits of the ice screws holding everything together. And that's how day one wrapped.

Five short hours of restless sleep later, we were all up. Three solid metal deck chairs had been blown over on the deck and massive clouds of loose snow could be seen blowing from the north end of the lake to the south. Couldn't be that bad, could it? More coffee brandy gave us the stones to give it a shot.

First 100 yards, slippery but OK. Next hundred yards some 30-40 mph gusts started to pick up. A sustained gust would slide the five of us not wearing yaktracks about 20-30 feet south on the glassy ice. And the battle was just beginning. We trudged further to one of two islands and the snow covering the ice had somehow turned to slush annnnd it became a battle between packed snow and foot-deep slush. And still we continued, determined to make it to the shack where our trusty propane heater was waiting for us. As we turned the corner of the second island, that was all that was waiting for us along with all twelve of the ice screws that had been sunk in to keep the shanty in place. Sadly though, fiberglass poles were no match for the winds and snapped like twigs, turning the shanty into a sail (that would be found later that morning on the south end of the lake maybe half a mile away).

So we were finally defeated...for the morning. After some time by the fire we were determined not to let this weekend get totally away from us and we devised a new strategy. We were going to set up no further than 150 yards from the house. We laid some cusk lines, some tip ups, and some were even brave enough to jig for a bit. This is how we spent the better part of the morning and then again in the afternoon into the late evening with nary a bite. 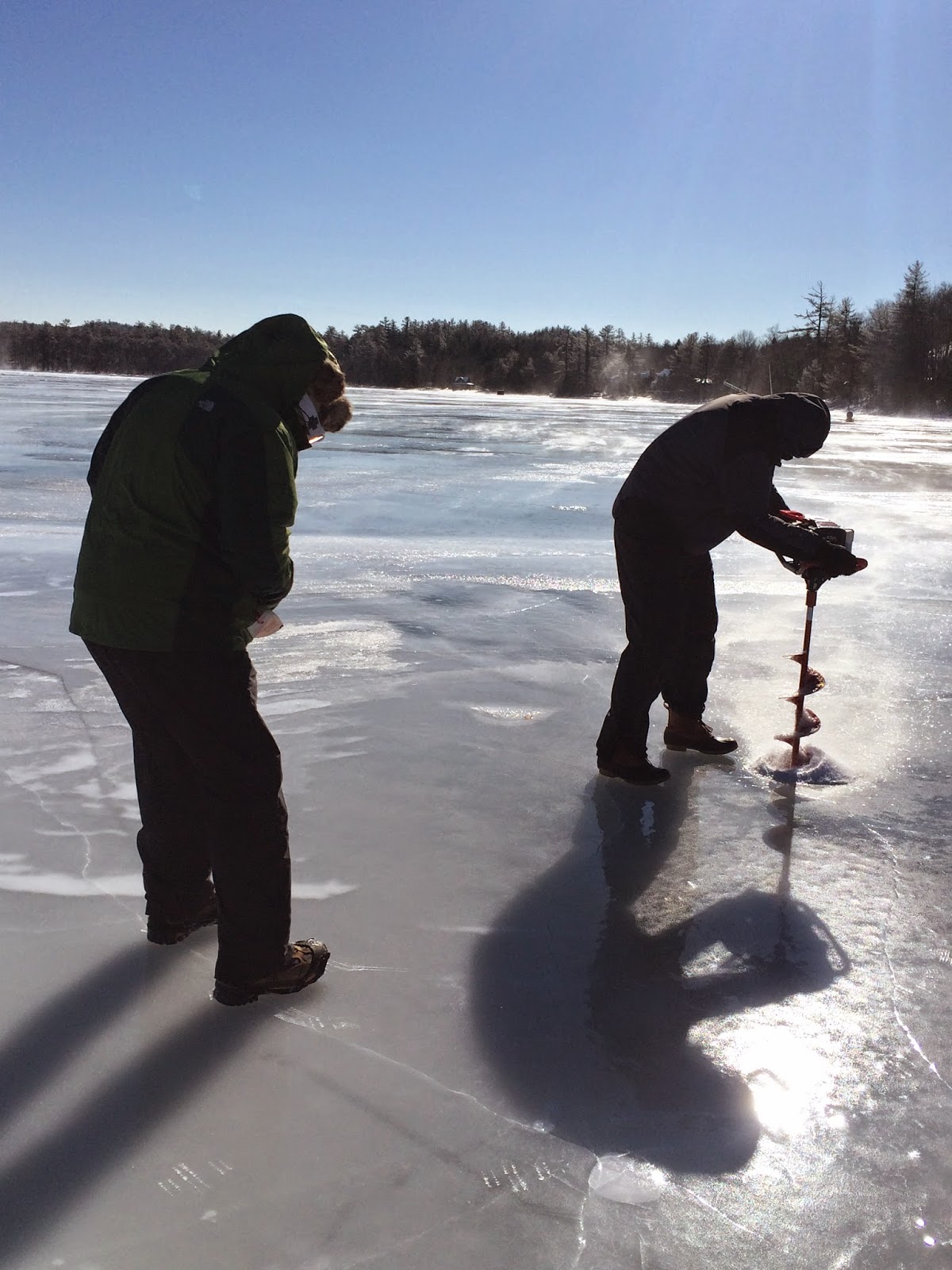 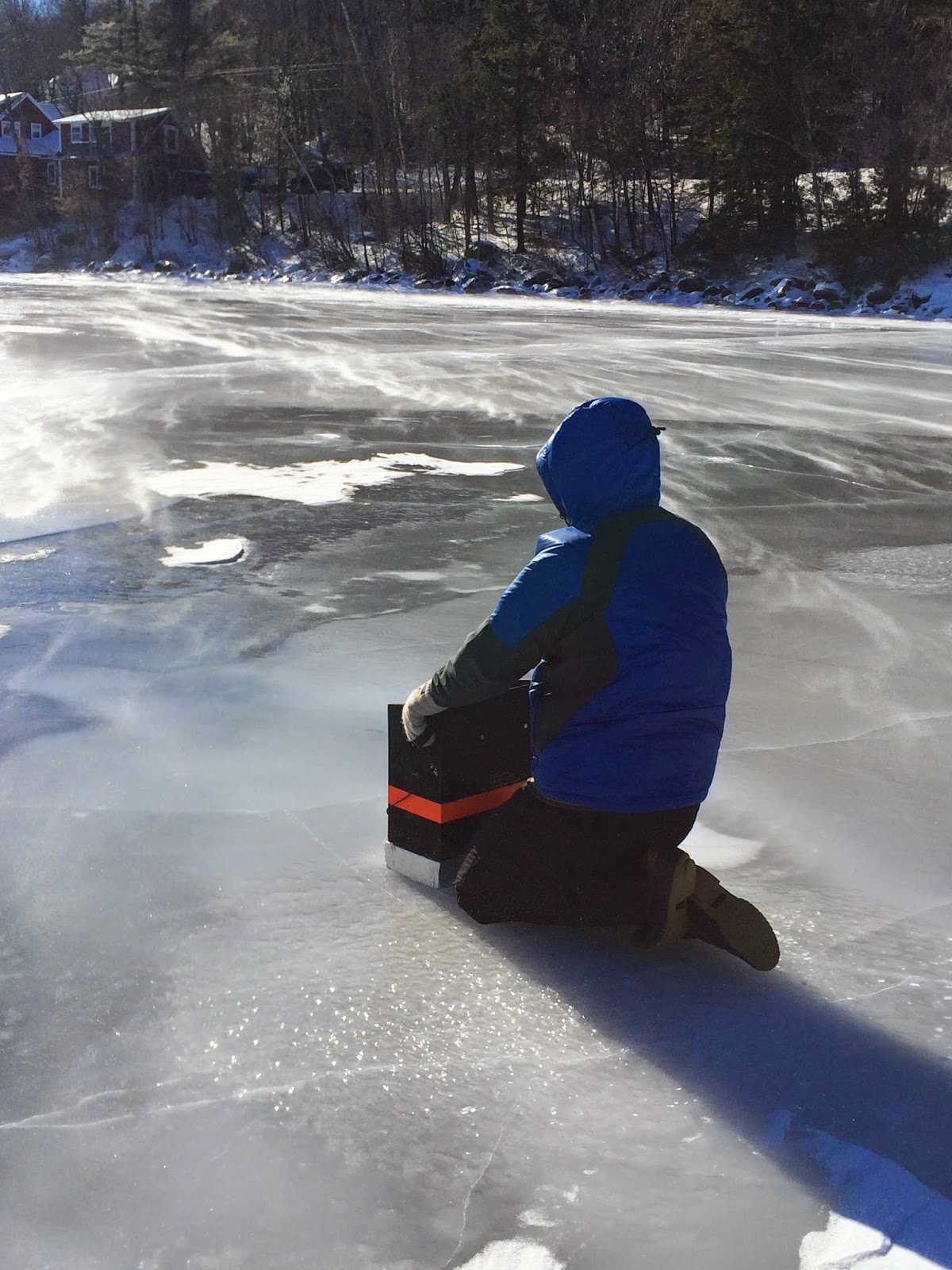 Finally as we were wrapping up for the day we did pull a small laker through the ice. No picture though - too cold for iPhones and hands to operate in sync.

More coffee brandy and whiskey and Naragansetts got us through the night and a brave few woke up real early to catch more wind and a chill. And their gumption was rewarded with the fourth fish of the trip: one ugly ass motherfuckin' cusk. 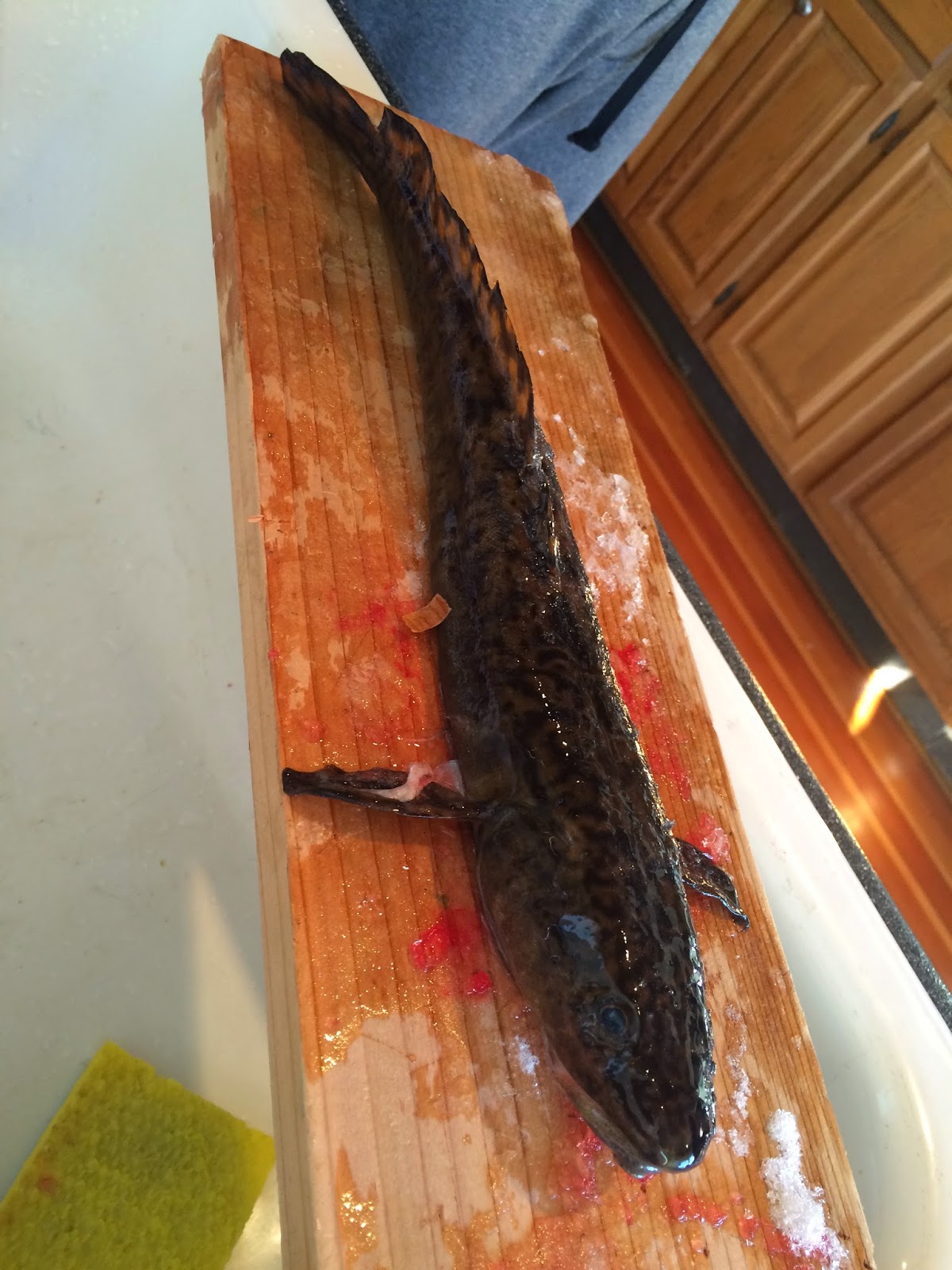 All in all, a great trip. Surely more to be made. Possibly Maine next year.

Oh the mighty cusk! Sounds like a cold one, glad you got a few bites!