Vice is a practice or a behavior or habit considered immoral, depraved, or degrading in the associated society. In more minor usage, vice can refer to a fault, a negative character trait, a defect, an infirmity, or merely a bad habit. Synonyms for vice include fault, depravity, sin, iniquity, wickedness, and corruption .

Let that sink in for a minute, a vice or in this case vise, can be thought of as a bad thing.

For me, my vise is the center of all my centering. I have really begun to embrace my time seated before it, some creative juices flow and some Wood Brother's strummin.

JLR once said to me during a conversation about not having enough time to fish,
"Jasper, this ( sitting around tying flies with your buddies ) IS fishing." 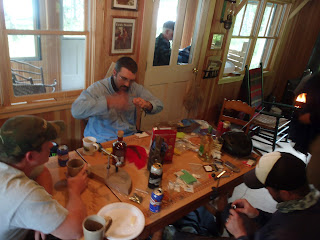 That is how I have been thinking about tying lately, a way to continute that time on the water off the water.

So I bought a new vice, a Regal Revolution with the Big Game Jaws for anyone keeping track at home.
This thing is a hog and with it I am quite pleased. 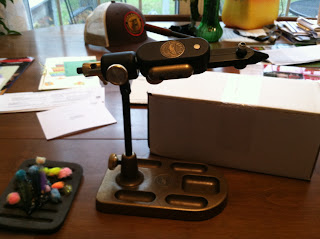 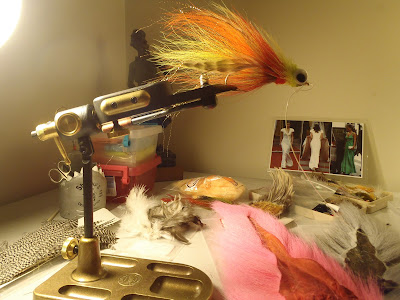 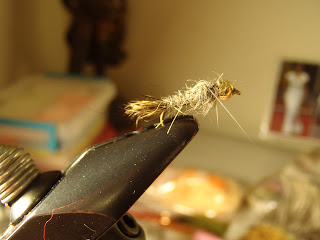 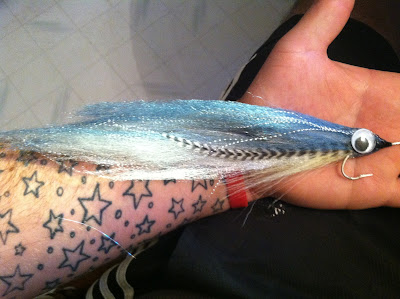 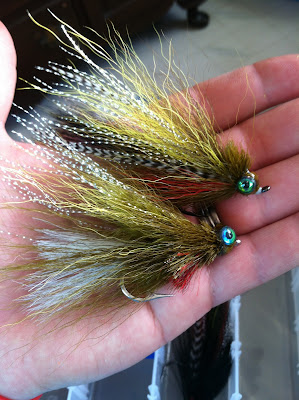 Email ThisBlogThis!Share to TwitterShare to FacebookShare to Pinterest
Labels: fly tying, It's On, Quotes

Who doesn't love a good vise or a good vice?!?! I'm digging this band you speak of!