There is no reward for the foolish

There were no musky caught,

But, going against good advice and fuled by ideas of big fish in pretty country I got up at 3am and met my friends to drive 5 hours north and west in search of toothy fish. We arrived and set up camp to what one old timer described as the least amount of water he has heard of in three generations. 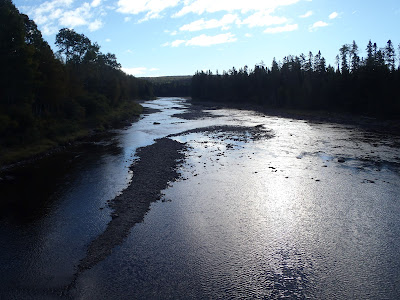 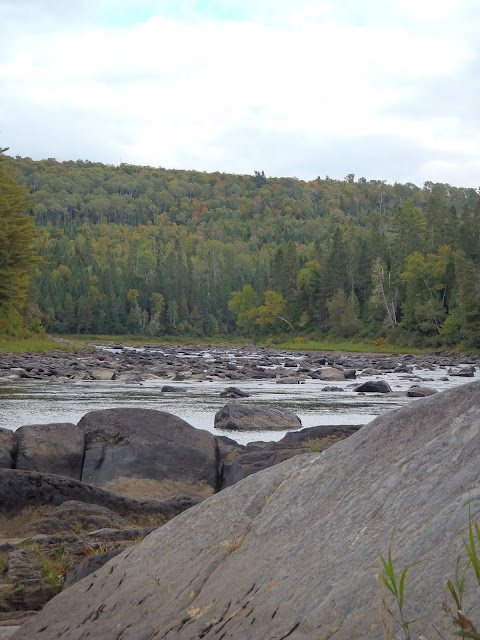 The idea of looking for holding water with cover for fish was shot. There were no streams dumping water in , or likely looking side channels, instead there were deep pools ( 18" or less) of water to investigate fruitlessly. 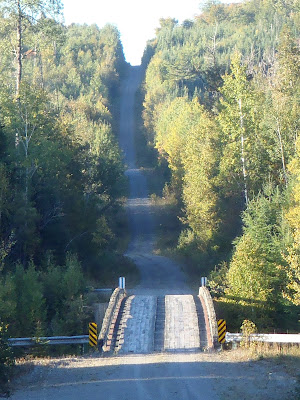 We camped at the confluence of these two bodies of what used to be famous flowing water and did some fishing and relaxing. As the night wore on we pulled red hot nails out of the camp fire and did some back country blacksmithing, ie pounding them flat with a hammer while someone holds the nail with hemostats. 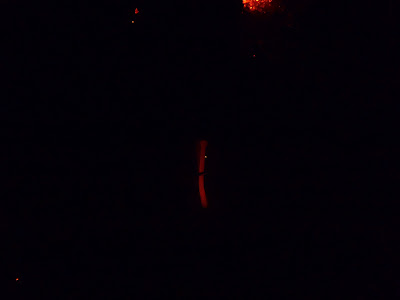 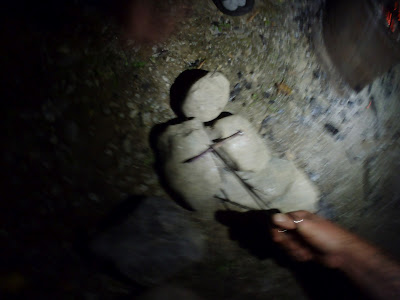 So my frist trip to musky country was a bit of a bust, the water was very low, we hiked a few miles up stream to a set of rapids and fish the pools but it was really a way to fill time. It was more of a camping trip in musky country but hey, that's fishing. 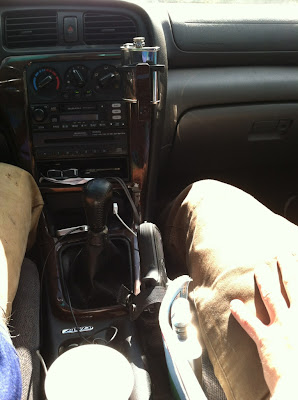 ( Two flasks, a side arm and the gazateer)
Posted by Jasper Walsh at 5:50 PM

Sorry to hear it brother. We'll get some water and I'd be happy to guide you myself on that waterway, if you would afford me the honor.