And another one bites the dust...

Since I began bluewater fishing in 2008 it has been a series of ups and downs. This year certainly had more of the latter than the former with bad weather and generally bad fishing. But on the last few trips things have really picked up on the old OI, with much more consistent action and lots of meat in the ice box.

Over the years we've had our share of successes, with just about every big game fish available in the Northeast gracing the OI at one time or another. The staples of yellowfin and mahi are frequent visitors to the fishbox. And lately there's been a strong surgence of our nightime billfish the sword. 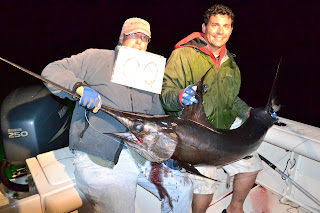 And who could forget the 700 lb blue marlin in Veatches canyon in 2010. I certainly won't ever forget that fish. 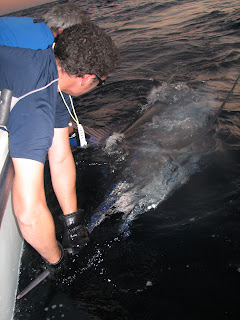 Even the elusive wahoo has made an appearance at the OI once or twice. Mmm he is tasty. 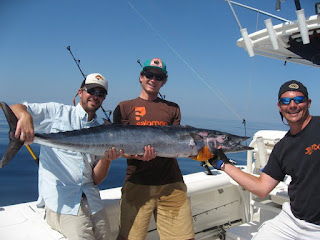 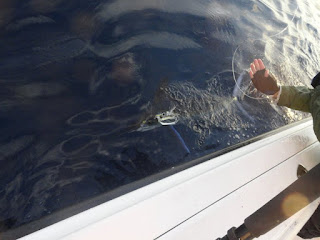 Bigeyes? You bet. Who could forget the double bigeye hookup in West Atlantis that made Clark Winchell and his First Mate Sleaveless Tee famous 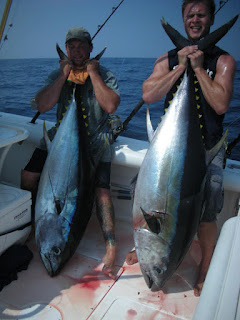 Mako sharks? There have been a couple. Bluefin? God too many. Skipjacks? You better believe it!

But one species has continued to elude me. Odly enough, they aren't stereotypically all the difficult to catch. The Longfin Albacore. The Penguin. The Chicken of the Sea. Why have I never been able to put an albie on the deck? No idea. They are elusive. Or something like that.

Well Albie, today I cross you off the list. The penguin has landed. A few of his other buddies made it to the cooler as well.

The yellowfin tuna (and four more of his bretheren) 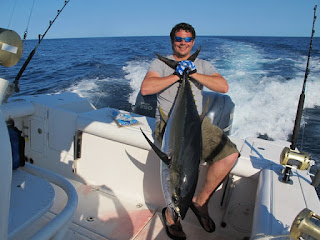 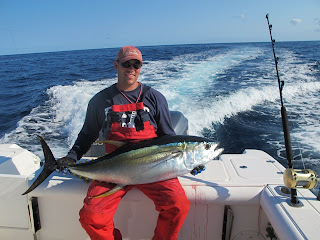 The Wahoo (Of the four we hooked, he was the only one who failed to saw through the leader.) 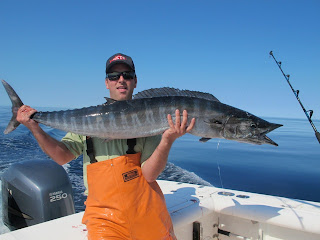 And there you are Mr. Penguin, with your soft chunk white albacome meat. It took a while for us to finally meet, but you're welcome on board my boat any time. 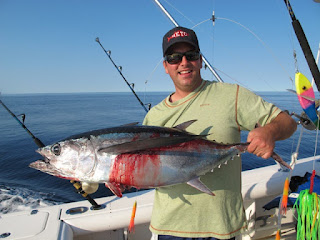 you are a fine captain!

Damn I am pissed I didn't get to mouch a ride on the OI before pushing back out west. Very impressive Captain Steele. I am salivating over what's inside your box (wow, those words didn't come out the way they were meant to).

Keith - Living in Boston now. Let's get some fall fishing in.