A place I used to live

I used to live in southern Colorado.  Where the altitude is high, the air thin, the water cool and the trout plentiful and (sometimes, hopefully) eager.

Work would have us in Navajo Dam, on the banks of the mighty San Juan River for the week days.  So we flew in early and flew out late. 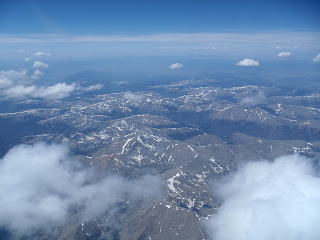 We arrived in Durango, rented a Chevy Traverse and proceeded to keep it full of strung rods, waders, boots, vests, beef jerky, Gatorades, trail mixes, granola bars and sun screen.  We started our trip on the Animas River, current holder of the state record brown trout.  Seven skilled anglers took to its waters for an entire day with one fish brought to the net.  Tough to complain about fishing in amazing weather in a Colorado trout river, but justified or not, we complained about one fish landed.  So we sought other water.  Enter the Piedra River. 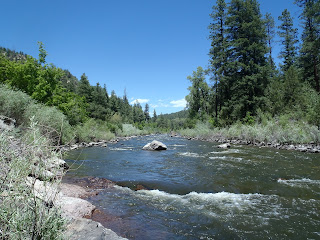 Who doesn't just love stoneflies?  The dozen Pat's Rubberlegs I tied up for the trip were put on and immediately started hooking fish. 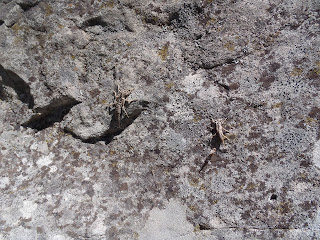 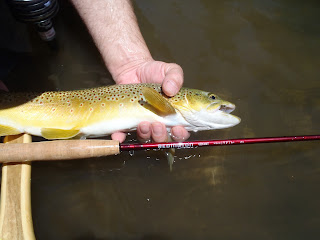 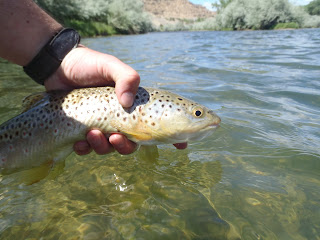 Next day we sought more fresh water. The upper Los Pinos.  Hike-in only. 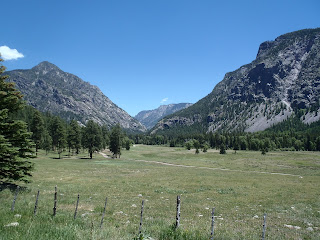 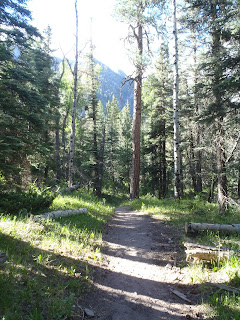 My man Paul about to catch a brook trout, to complete his grand slam for the day, all on dries, all wild fish:  Brown, Rainbow, Cutthroat, Brookie.  Very solid. 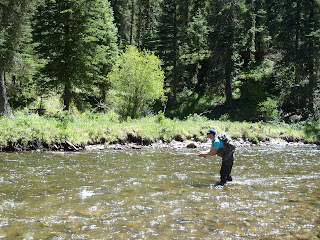 While meetings took up most of the days, we were blessed with a half day float on the Quality Water section of the Juan.  Fish were taught.  Few pictures were taken.  One of note is below.

We came around a bend and I spotted a boat with two standing anglers.  The tightest, sexiest loops were being thrown to the banks from the middle of the river.  Two left-handed casters I noted.  Hmmm, who could that boat be?  With 30 of us on the river that day, I surely should know them.  We approached and I realized that I was watching two of the best fly casters in the world fish with their off hands.  Pretty incredible to watch.  Siem and Gawesworth: 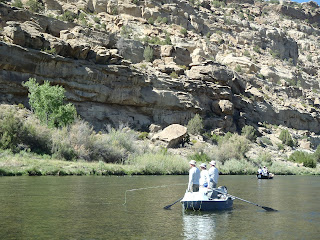 Meetings adjourned, Paul and I set on a road trip to Creede, Colorado and the 4UR Ranch, my old stomping grounds.  Chevy Traverse packed well. 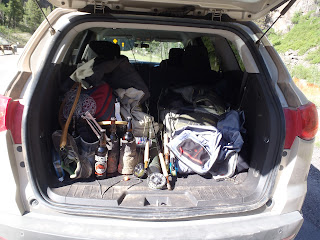 Paul stuck one on his first cast. 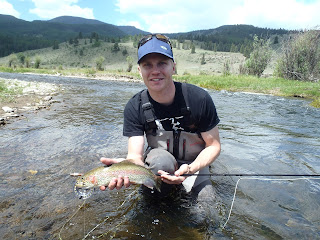 And it only got better from there. 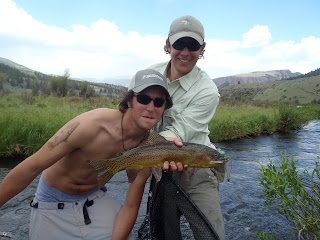 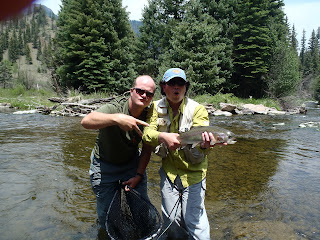 We hosted a rarty (river-party) on the banks of the mighty Rio Grande.  We brought out the two-handed switch rods, 4 and 5-weights and swung streamers from bank to bank.  A few grabs and a few brief fights, but none to hand on the swing.  I then decided to fish a couple holes on the creek one last time before departure.  My "cheeseburger" fly, the amazing Designated Hitter would be the choice.  One rise and a fish that went haywire all over the hole.  Downstream it went, into the big river.  Finally it tired and came to the net.  Possibly my biggest ever landed in the creek. 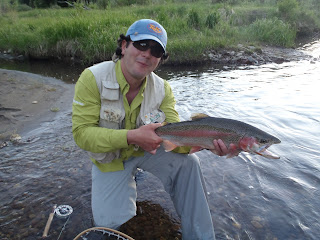 Thanks Goose Creek.  Thanks Colorado.  Hope to see you again.  Soon.

I could go for a cheeseburger fly myself, hell of a fish and great trip. Good looks Sir!

While stuck in Maine I dream of trips to destinations unknown.....well don buddy. That fish is an amazing specimen!