Dip Free is the Way to Be 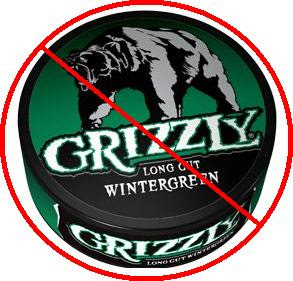 As an aside to Nick's well written account posted below, Jesse, Keith, and myself, have now been dip sober for a week and a half. Free from the tins of moist tobacco laced with recycled fiberglass boat hulls. A pact to quit together, as it was fishing that got us in this mess in the first place, and damnit, it will be fishing that gets us out of it.
This past weekend as I laid hungover on Robbins' couch watching a movie, two tins of peach skoal laid on the table before me. I eyed them throughout the film, potentially giving them equally as much attention as I was giving the movie yet I did not give in.
Satuday as we floated the Mousam River with one of Jesse's b-ball brothers from Portland, we all commented at least a half dozen times that we would probably be enjoying a dip right now if we hadn't thrown in the towel.
I'm not going to lie.....it feels pretty good to be clean.
Posted by Andrew Wilkie at 12:17 PM

Email ThisBlogThis!Share to TwitterShare to FacebookShare to Pinterest
Labels: Sober?, Umm What

we keep forgetting those sunflower seeds though.

i took some liberties with your picture there...

nobody likes a quitter.

hope you don't pull any of that self-righteous i found something i believe is good and will impose it on all others every time i get the chance bullshit...