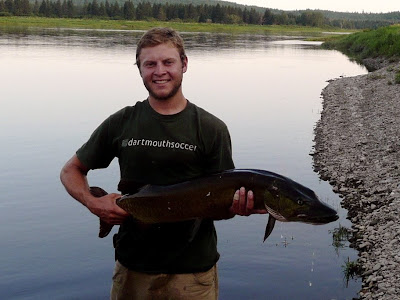 I ran over to the fish, held up the fish and said "Dad, I think I found all of your trout." The monster measured in at 42 1/2 inches and was in the 25 pound range. The fish was half an inch short of the derby winner in Dickey the year before, which was 43 inches and weighed in at 25 pounds with a $5,000 purse. After a few pictures, the fish was released into the water to torment once again. And it was at last, dinner time. 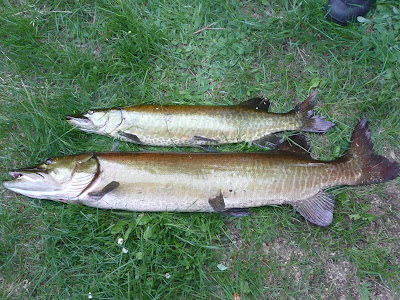 The 42.5 inch fish with a 30 inch fish caught earlier that afternoon. 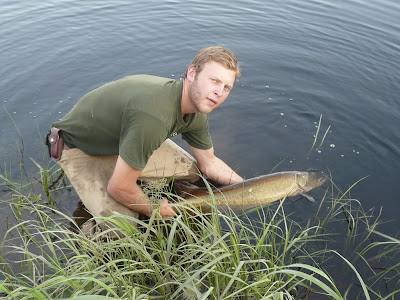 Clark, phenomenal story.... I thought you had kept the great beast and consulted someone (biologist/warden) in Dickey, guess I misunderstood. Regardless, that was a beast. Glad you finally made the post!

Wow man, sounds like a fun trip. Nice lookin fish. I guess theres no hope of reclaiming the river to its natural state so they just say put em back eh? Was there any flyrod action to be had for the fish of 1000 casts?

mr. winchell, phenomenol story is right. i'm glad you finally got that guy up there. i saw your drafts up but i held back and waited for the full post. that fucking fish is huge man you guys must've been freaking out. i bet the bottle flowed that night, ha!

did you fish at all with the fly rod? how big would the flies have to be? we gotta get together at least once this summer and fish man, let's figure it out.

Clark, great story and beautiful fish. I look forward to wetting a line and packing a lip with you. Are you in Mass this summer?