I have been inspired by many of the things I have witnessed on this blog of yours.
None more than the muskies from the great north.
I had committed myself this winter to getting one. New stick, lots of flies a new old boat and some dirt road miles were needed. 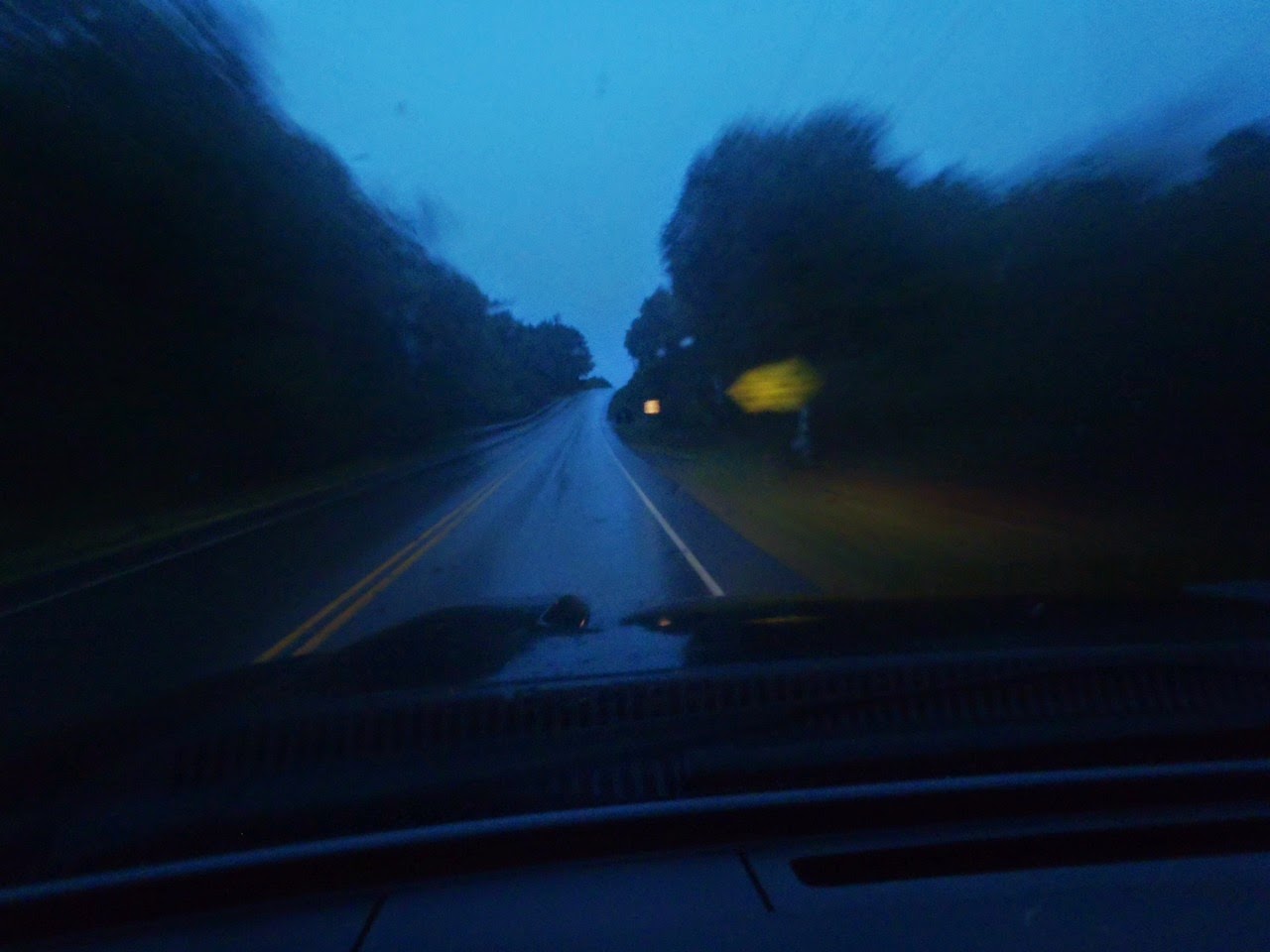 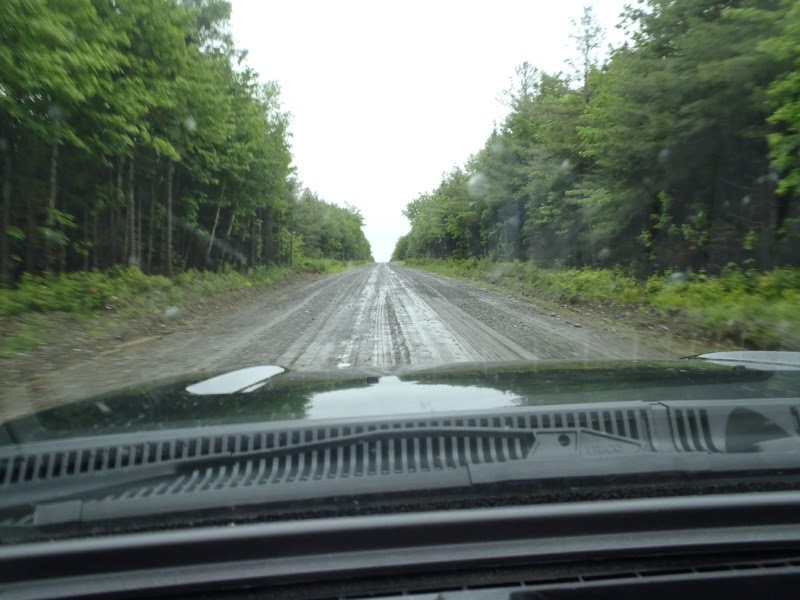 We were fishing a remote pond that I have digging around and gathering intel for about a year now.
I had fished it once in the fall with no luck.

Small pond with very little visible structure. Started with the inlet and outlet, no signs.
I will say the craigslist 5hp and 1955 new to me 12'er performed flawlessly. 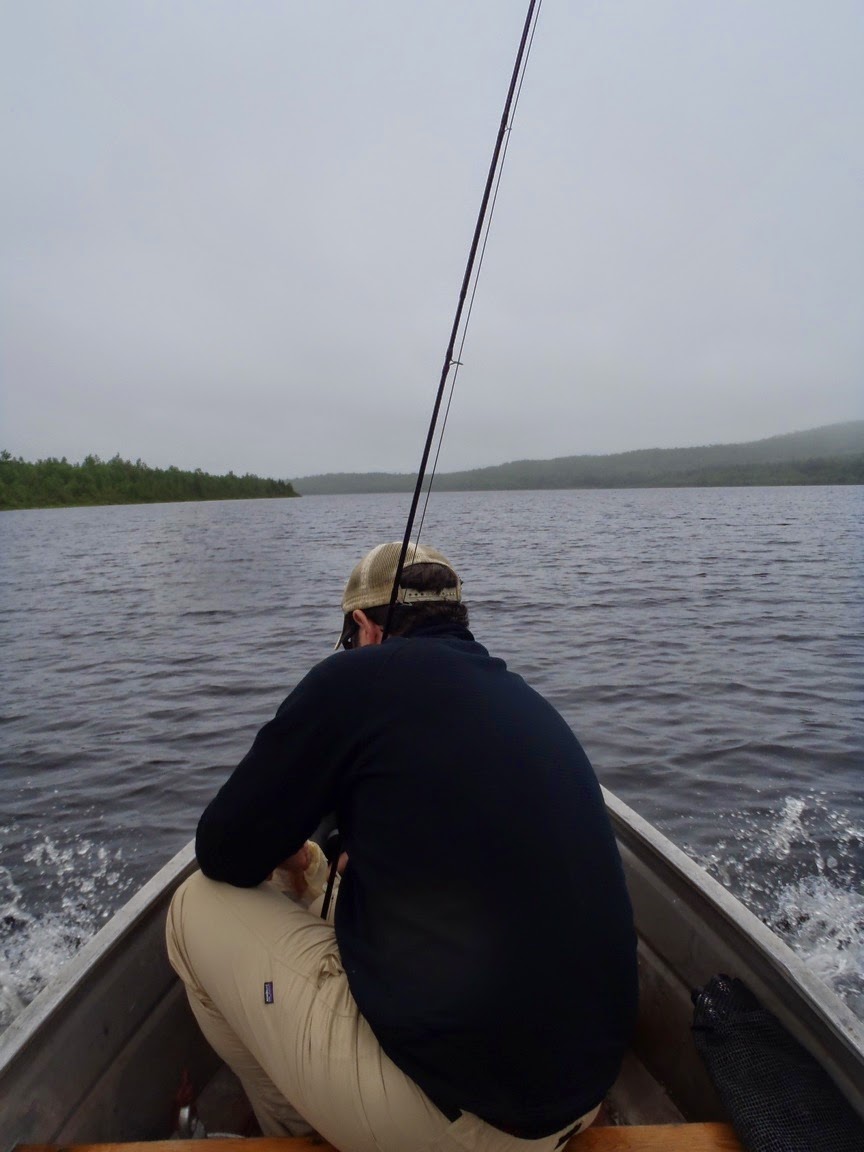 Clouds and rain all day, the day after the full moon, not a soul for miles.... the odds were in our favor.

Investigating the shallow end of the lake we spotted one stump sticking up from the water. 10-12' depth surrounding it, it was the only break in the flat grey light. It was a sign.

Posted up and started probing, fly changes every twenty casts it wasn't long before I spotted our first follower, a hot fish tracking behind my fly like a WWI era submarine, I dove the rod tip under water and started my figure 8, the fish continued to track the feathers, along side the boat, parallel now, just inches under the water...... boooom.... she spooked and was back to the depths.

Argghhh.... that was enough to get my heart pumping. At least we knew we were near them. Over the next hour we continued to have 1o or 12 more follows, all fish in the 25-30" class interested but not committing to the bite.  It was both amazing to watch and intensely frustrating.

Finally out of the blue I had an eat, early in the retrieve no visual contact. First musky on  the board.
A beautiful spunky 25"er, I managed one shot of it in the cradle and it lost it's mind and flipped out of the net. 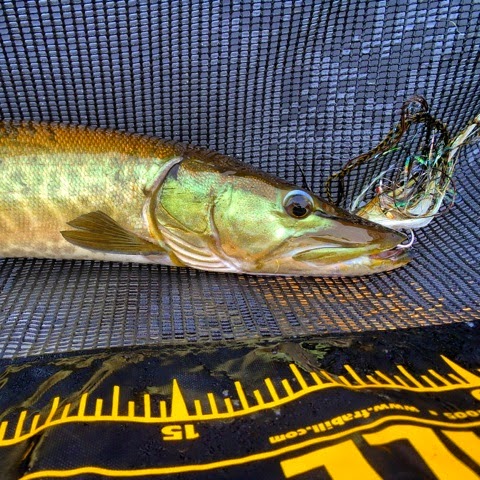 A lot of joy after a "scud" sized fish. He ate an articulated Redspot fly my friend Mike tied up. A hollow flat wing, with jungle cock eyes, a classly tie. I fished that fly and it's twin the rest of the day. 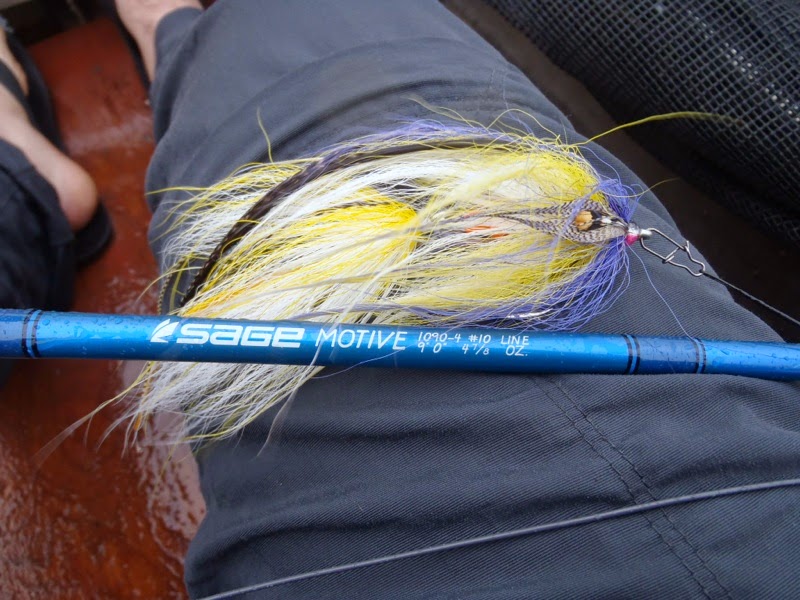 Afternoon was quickly dissolving and we had one more shot to land another fish before we needed to hit the dirt for 300 plus miles of road towards home. Shuffled down to the outlet again and could see a graveyard of old growth timber on the pond bottom. Methodically casting, retrieve and into the figure 8. One fish coming in hot on the tail, it's body pushing a wake of water near the surface, parallel to the boat now it's eyes breaking the surface, so intent on crushing it's prey. Lunging ahead, gills flared and totally missing the fly.... never to be seen again.

Great day on the water all around, the offer still stands for anyone interested in making the drive.
Live it up
Posted by Jasper Walsh at 8:22 AM

Awesome Jasper! Congrats on the Musky

Nice work Jasper. Sounds like a lot of action!

That's how it's done son! Solid work on the fly! Congrats!