Old Man and the Garage Sale

First, kudos to you three gentlemen - that trip looked amazing.

This past weekend, I found myself bound for the eastern end of Long Island again. Prospects of getting out on the water were slim because of schedules.

On Saturday, the Masgouf was 30 miles offshore hunting for some Mako (hooked up with six or seven blue sharks instead) and I wasn't sure if the gents would be up for another trip out before their journeys home. So, I spent my Saturday driving around finding garage sales to see if I could score any interesting deals. After acquiring an old Stanley thermos at one sale, I peeled off the road at the next and landed on quite a find.

It was an old fellow and his two daughters manning the driveway. On some of the tables were the typical finds: a pair of jumper cables, a ratchet set, some other assorted tools collected over a lifetime of tinkering. Then I passed a couple of old galvanized anchors and found myself looking at a lifetime's worth of tackle. Rods, reels, lures, flies, whatever: this guy had bought it at one time or another. 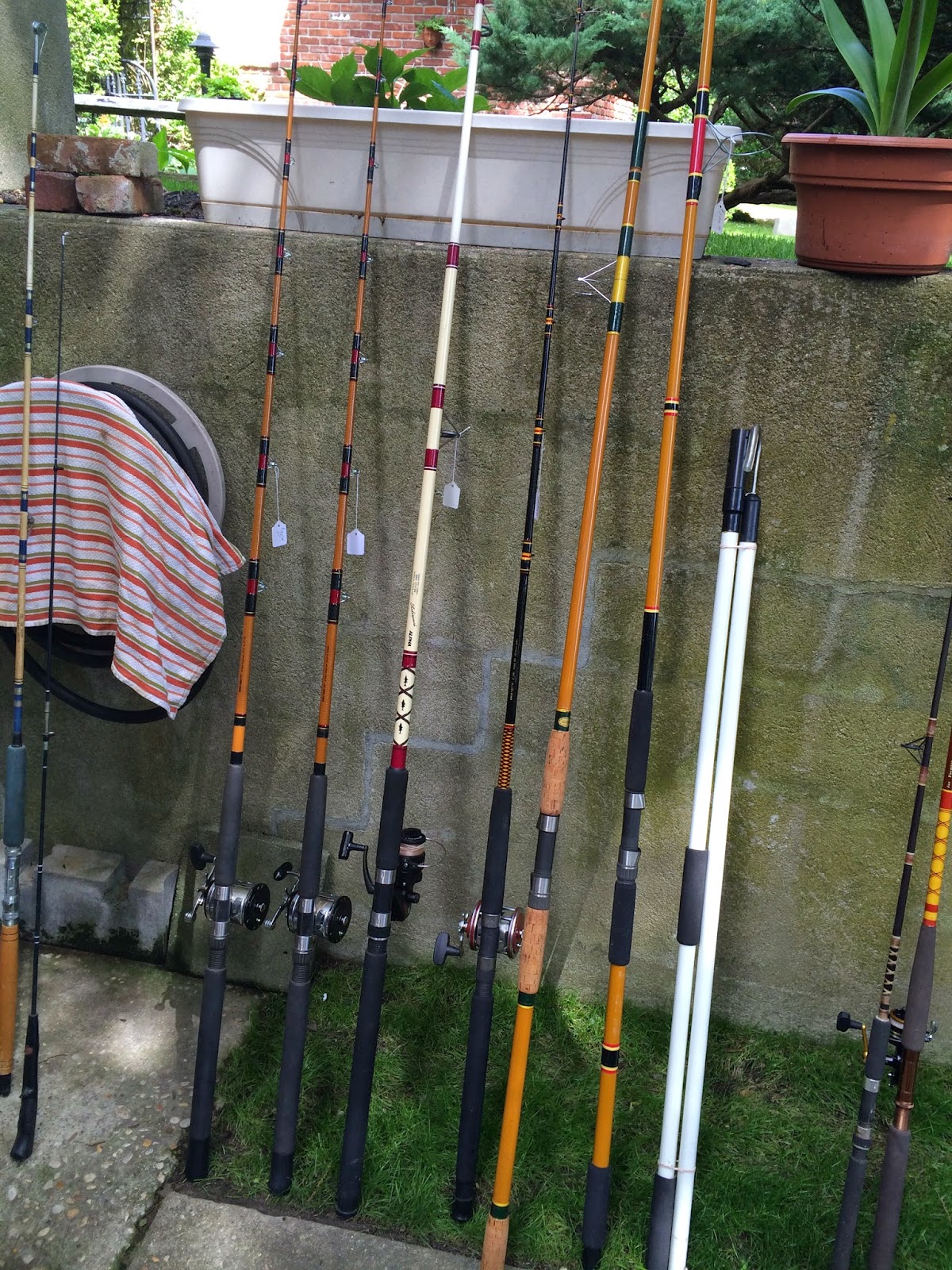 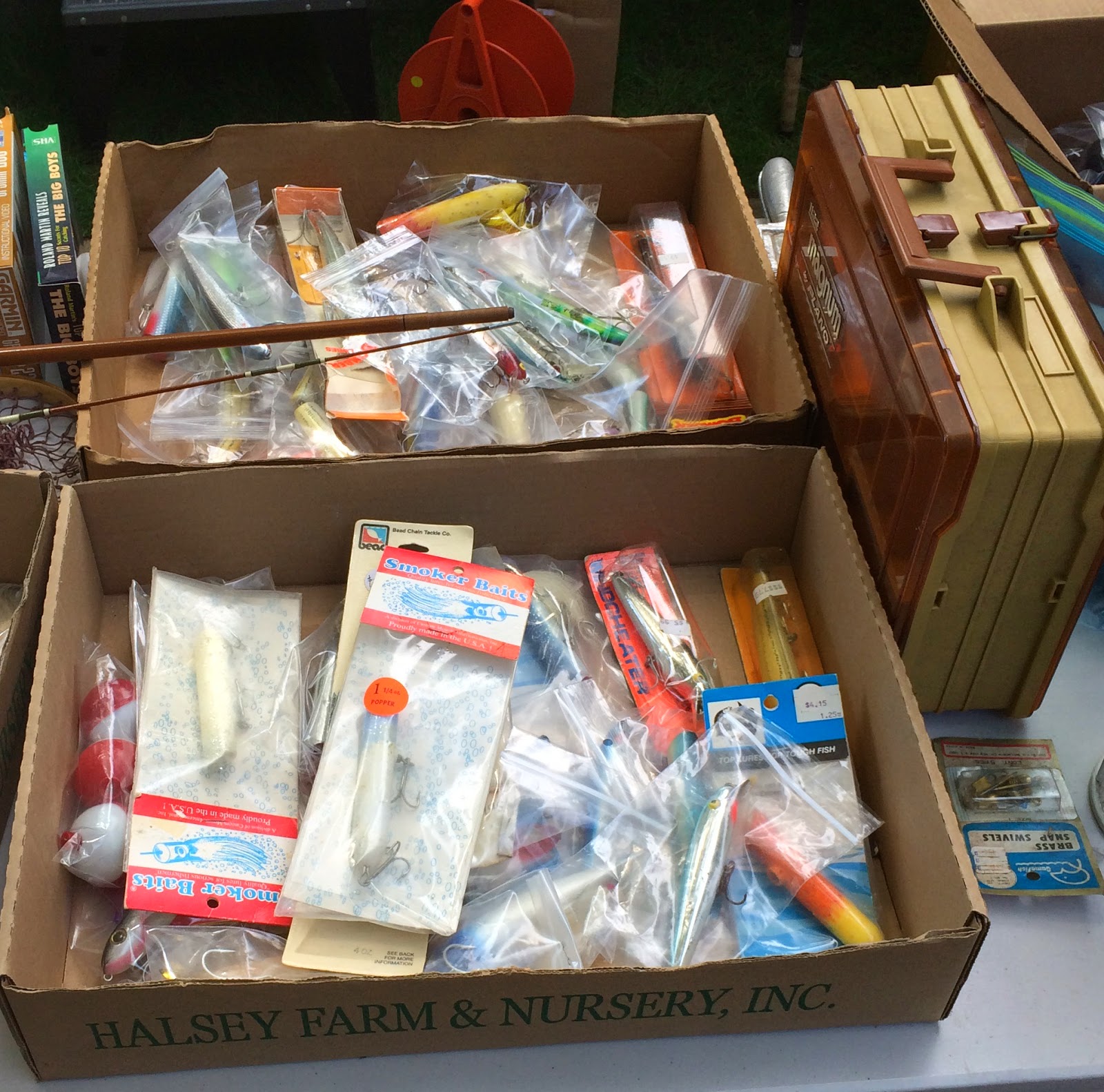 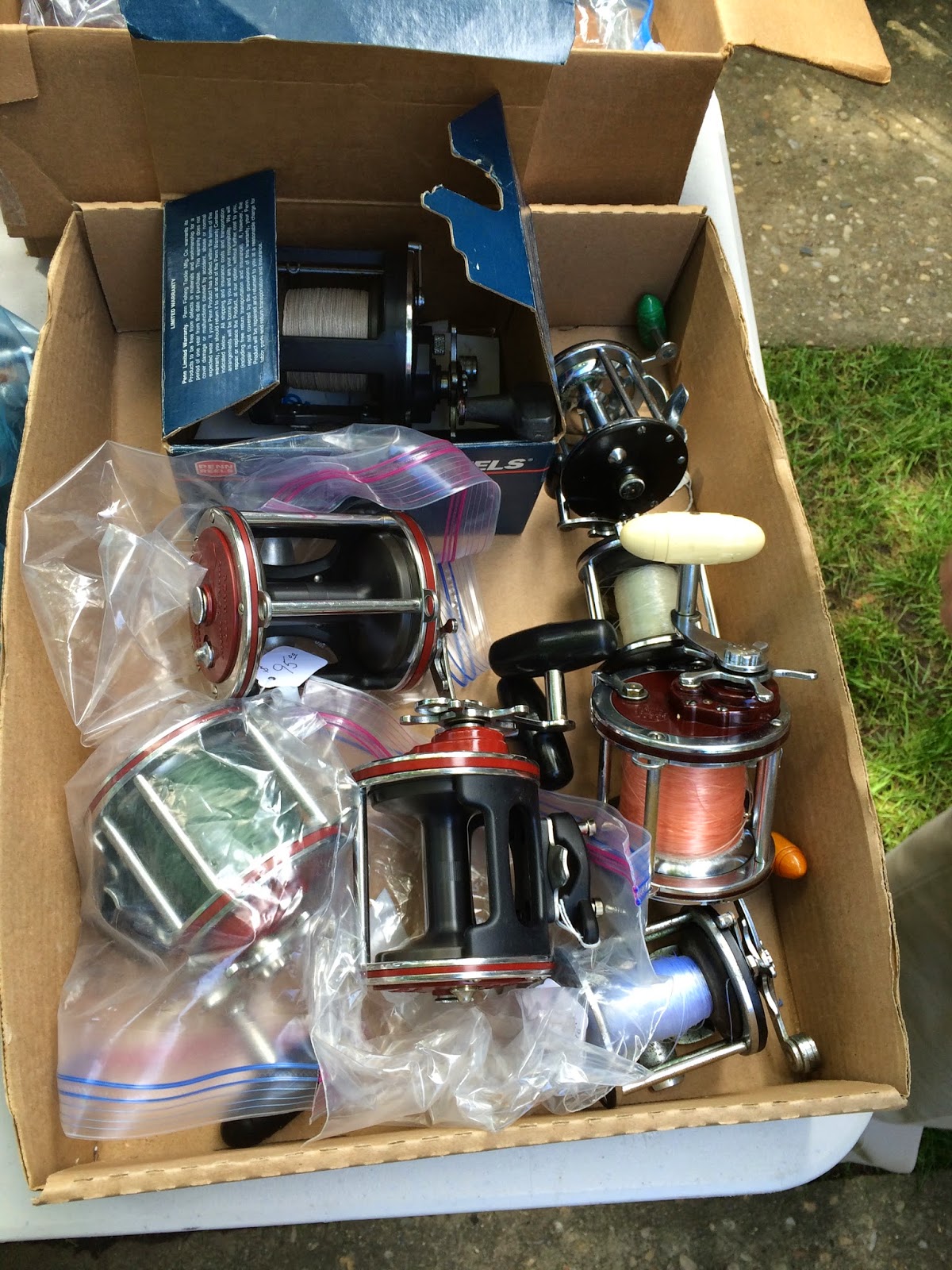 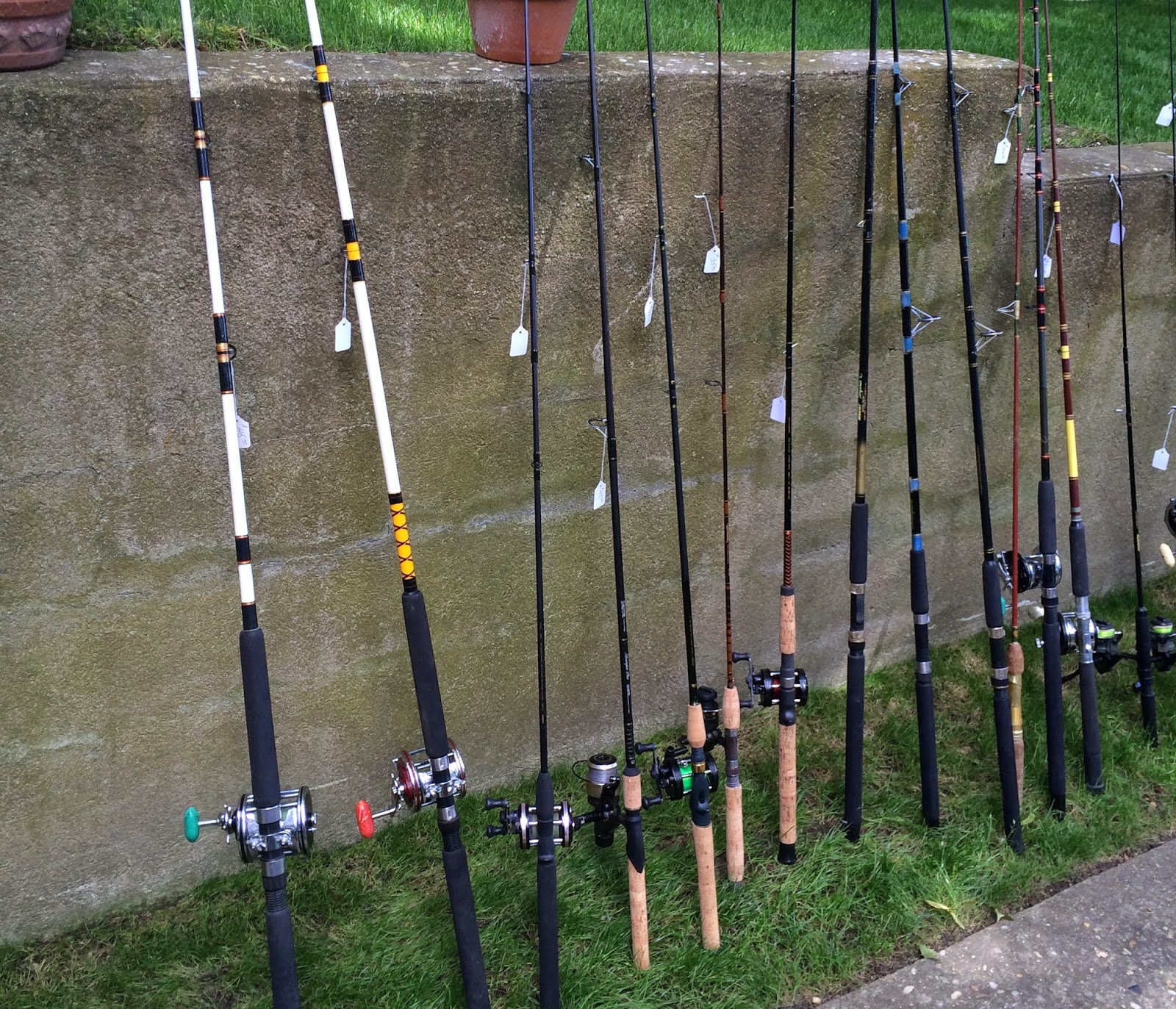 I got the old salt's contact info: "Jim - Fishing Gear" and we had some brief talk about what gear to use where for what and after paying $20 for five rigs, I was on my way. There was a nice harbor off the sound that I wanted to try my luck at - Northwest Harbor. Casting from the shore, I realized I had started fishing in a slack tide and reeled in - better luck tomorrow.

And as luck would have it, the boys from the shark trip were up for a short blast around Montauk Point to try and replicate the success we had Memorial Day weekend. We caught a few out of season black Sea Bass and some short Fluke before we landed on a nice drift that had a big-ass bait ball under it. Feeding off that were some nice Porgies. We took in four of those and called it a morning as one of the guys had a ferry to catch and the other a ride to Ithaca.  So for 2-2.5 hours on the water, our haul wasn't too shabby. Posted by Dylan MacLean at 4:24 PM

Great find Dylan, and way to dig a few out of the mighty ocean! Live-line those bad boys and grease a pig