And So It Begins

41F, chest deep snow, dozens of deer in the woods and the 2014 fly season had begun. 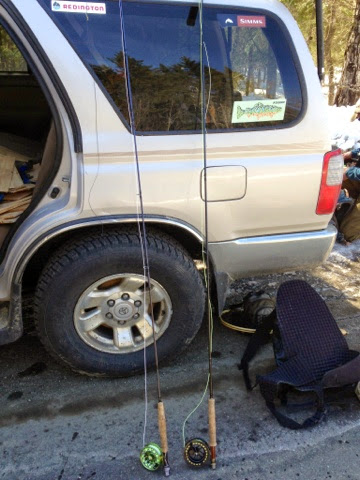 Other anglers chose to fish the easy access points; we chose to hike in to virgin haunts.  Four days had passed since the opener and not one adventurous angler had sampled this stretch. 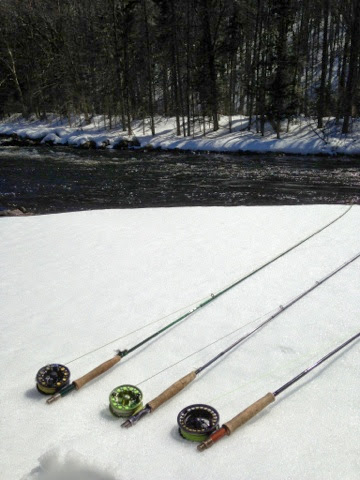 Not a single track in the snow.  Carter, enroute to the river, sunk armpit deep in the snow at one point in the woods. 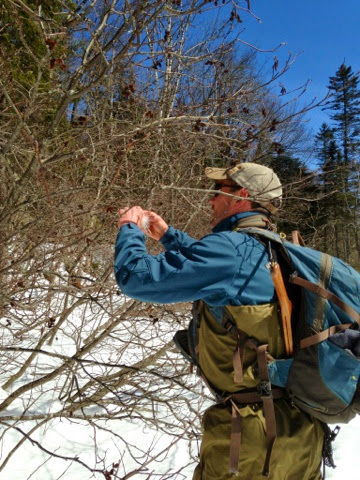 The advantage of having no leaves on the trees: Recovering our flies from season's past 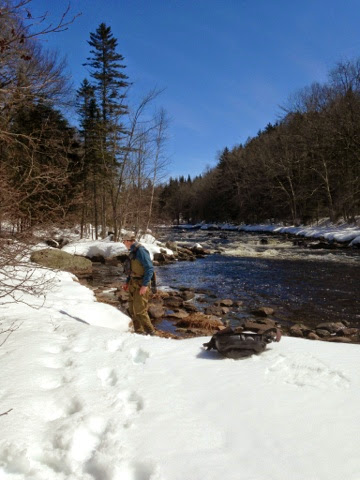 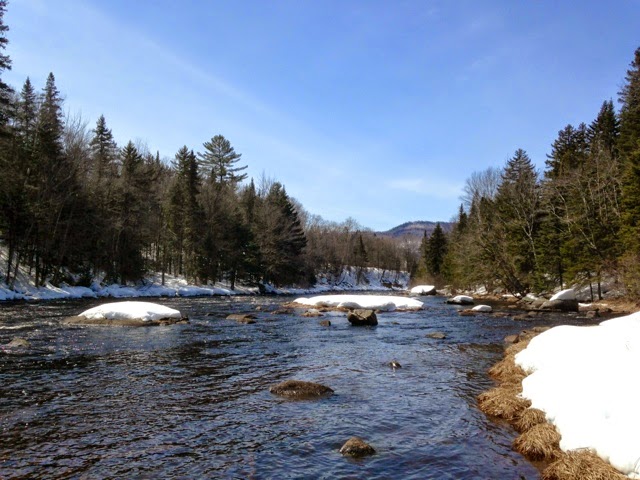 We fished a half mile of water that hadn't been sampled by a soul since the 2013 close.  The flow was reasonable, midges were coming off throughout the day and we threw our boxes at them. 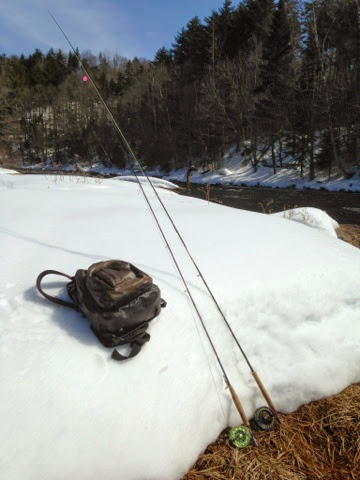 With water temperatures hovering in the mid to upper thirties we had low expectations.  I've fished colder days in May and it was nice to simply be standing in the water, testing the new reel and lines and shaking out the cobwebs.
A few bumps and quick head shakes were all we experienced but we left with spirits soaring and smiles on our faces.
Another season has begun!
Posted by Andrew Wilkie at 2:02 PM

A fine outing! Glad to see you boys are back on the grind. Looking forward to seeing what adventures y'all cook up this season!