What is a band of brothers ?
A family unit made up of genetically similar male offspring ?
A platoon of soldiers heading off to battle together ? 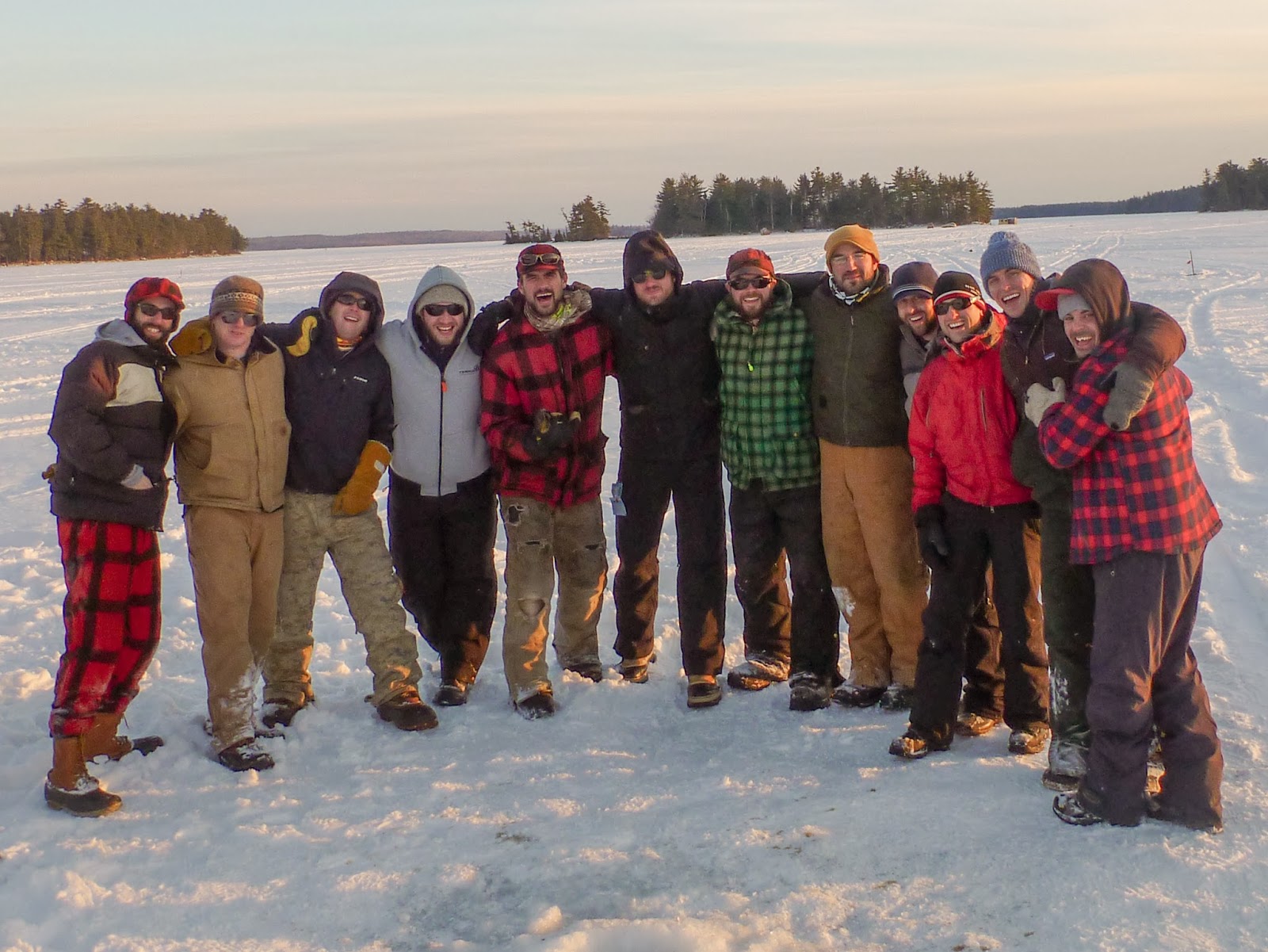 Last weekend I had the chance to meet a band of brothers. Men that travel from far and wide to join Old Wilkie on the ice. I had received an invite and was sure not to be late.


2:30am found me packing and driving to the lake, body fueled with caffeine and gas station pizza. I was looking forward to meeting this bunch, a crew of whom I'd heard so much about.

Mother nature did not dissappoint. 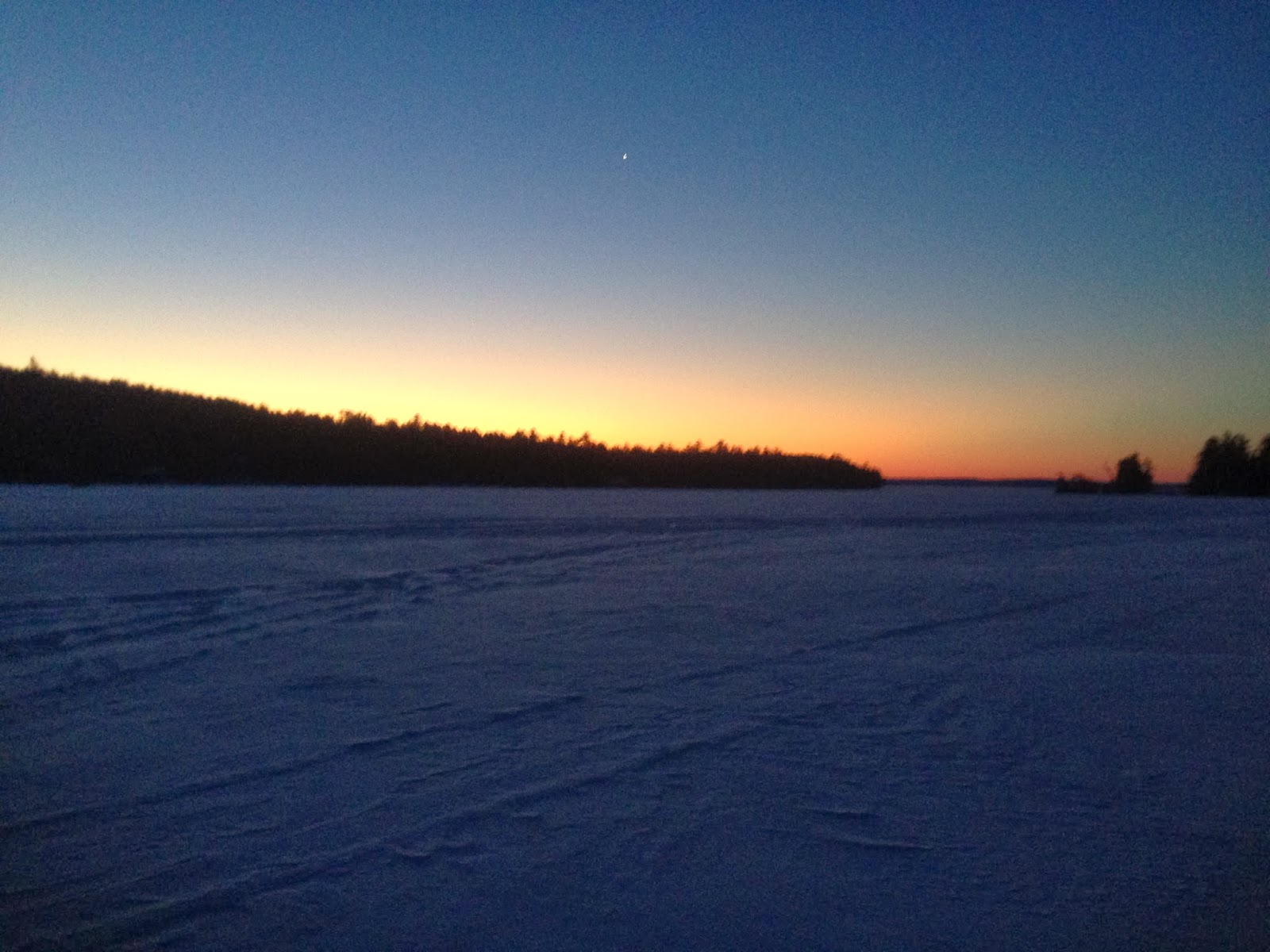 Holes were drilled and filled, introductions made and the day was set to start although we were missing a few. Some of the group had a rough evening the night before, stories flowed and the images became more clear. You see, there was smelting involved. 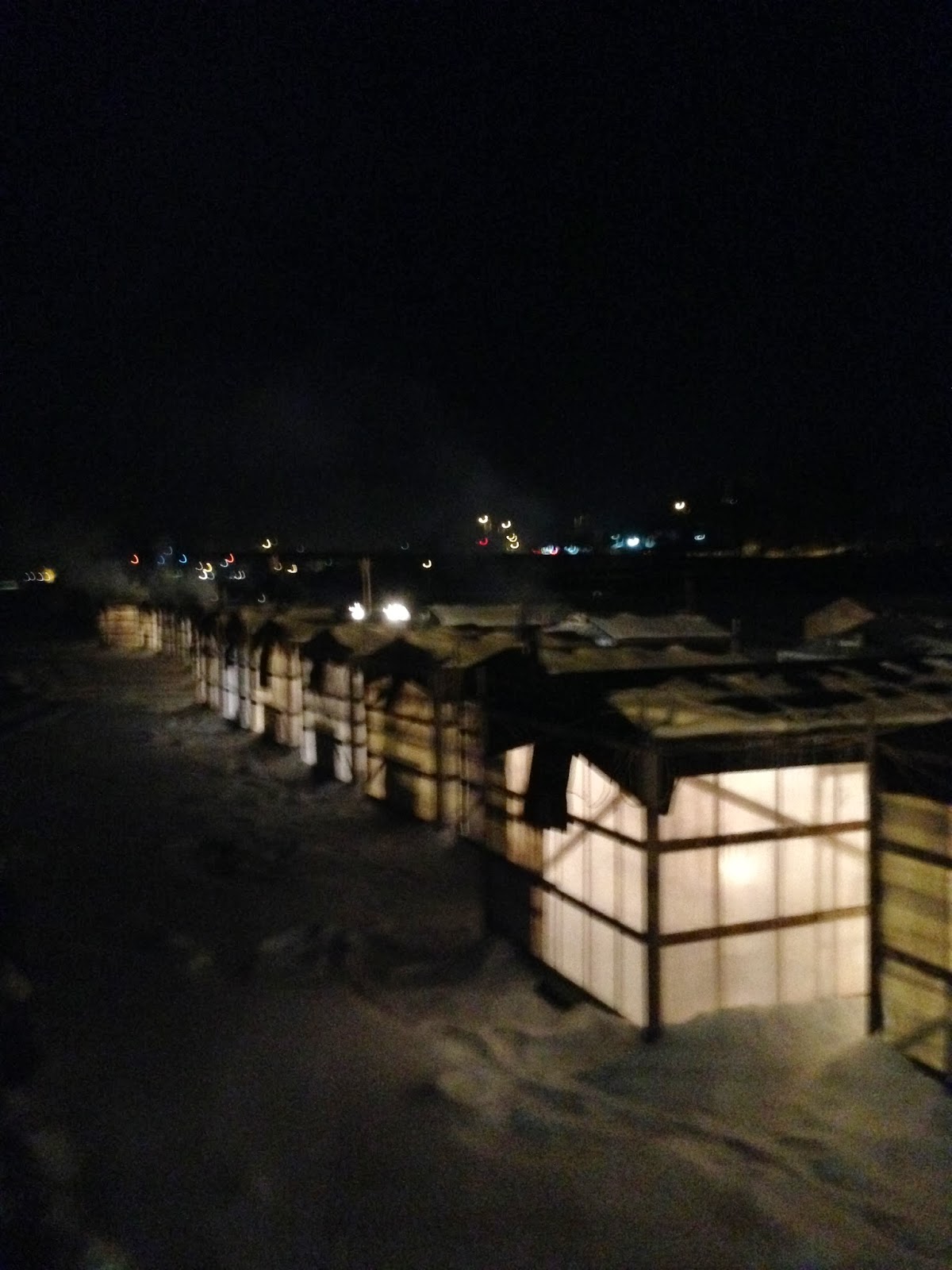 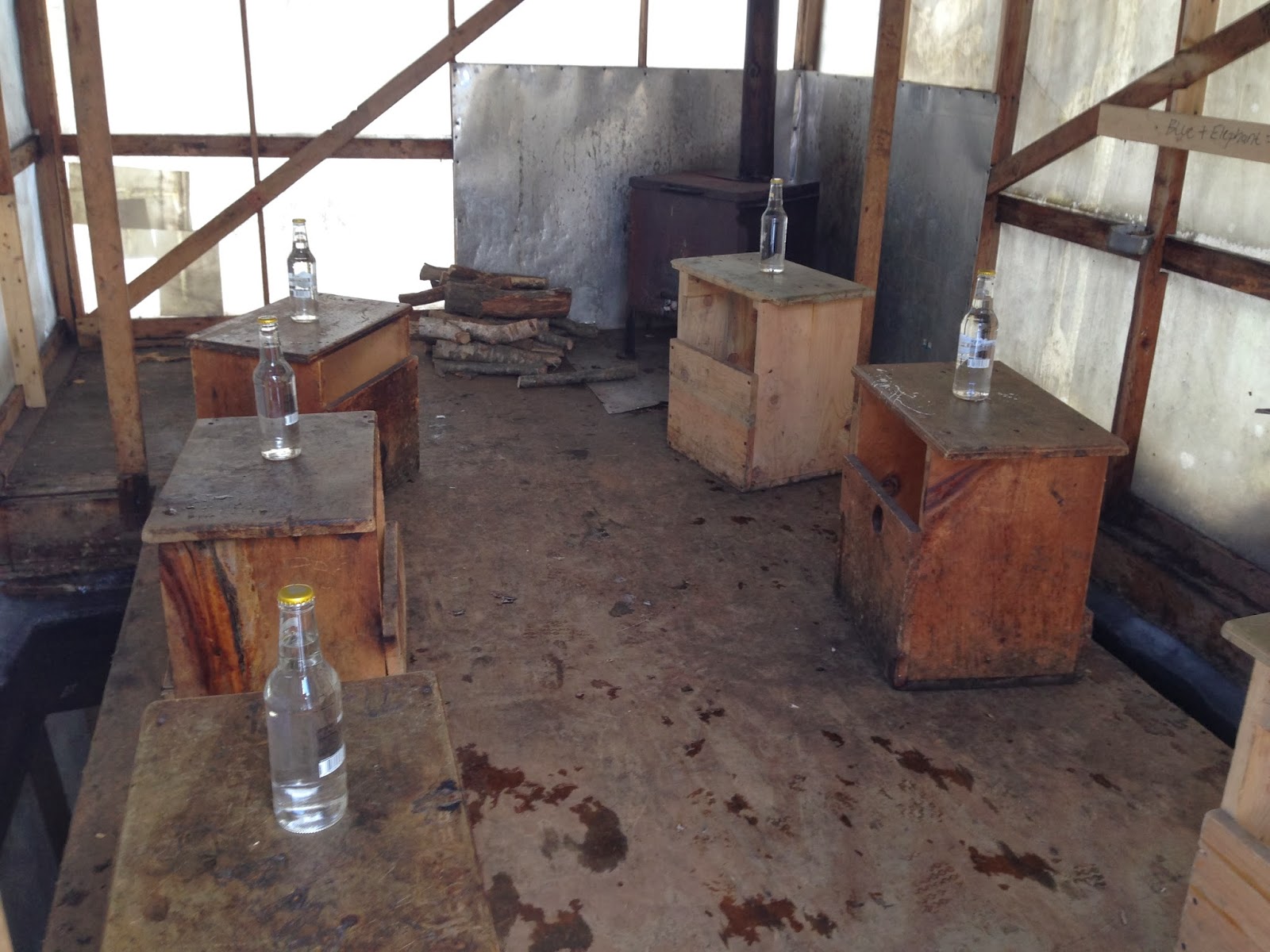 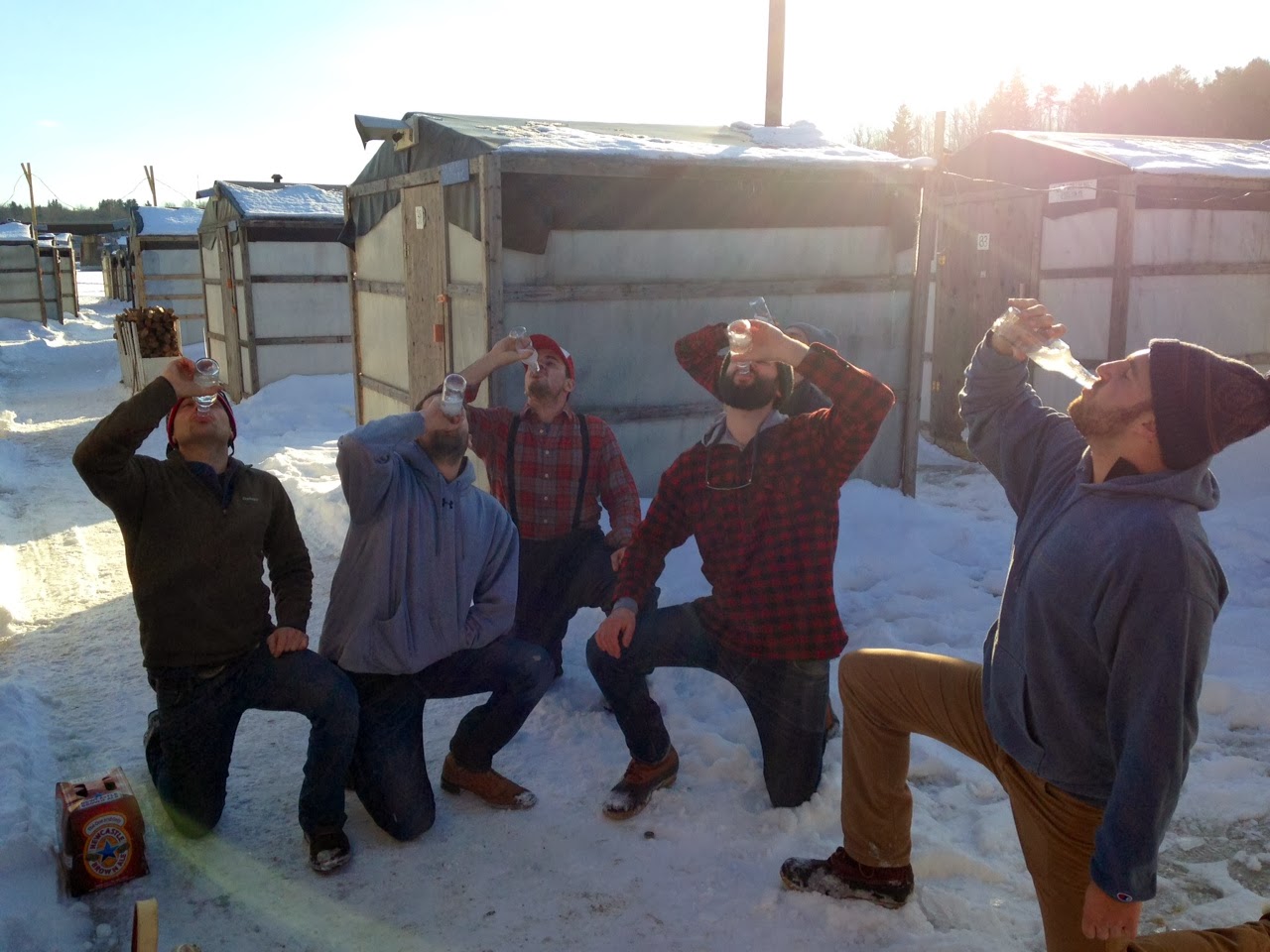 As the sun's rays stroked 9am the rest of the boys arrived. We settled in and got down to business. Some of the members of our team needed a little help getting started.
This is where a band of brothers shines.

A little help tying your shoes. 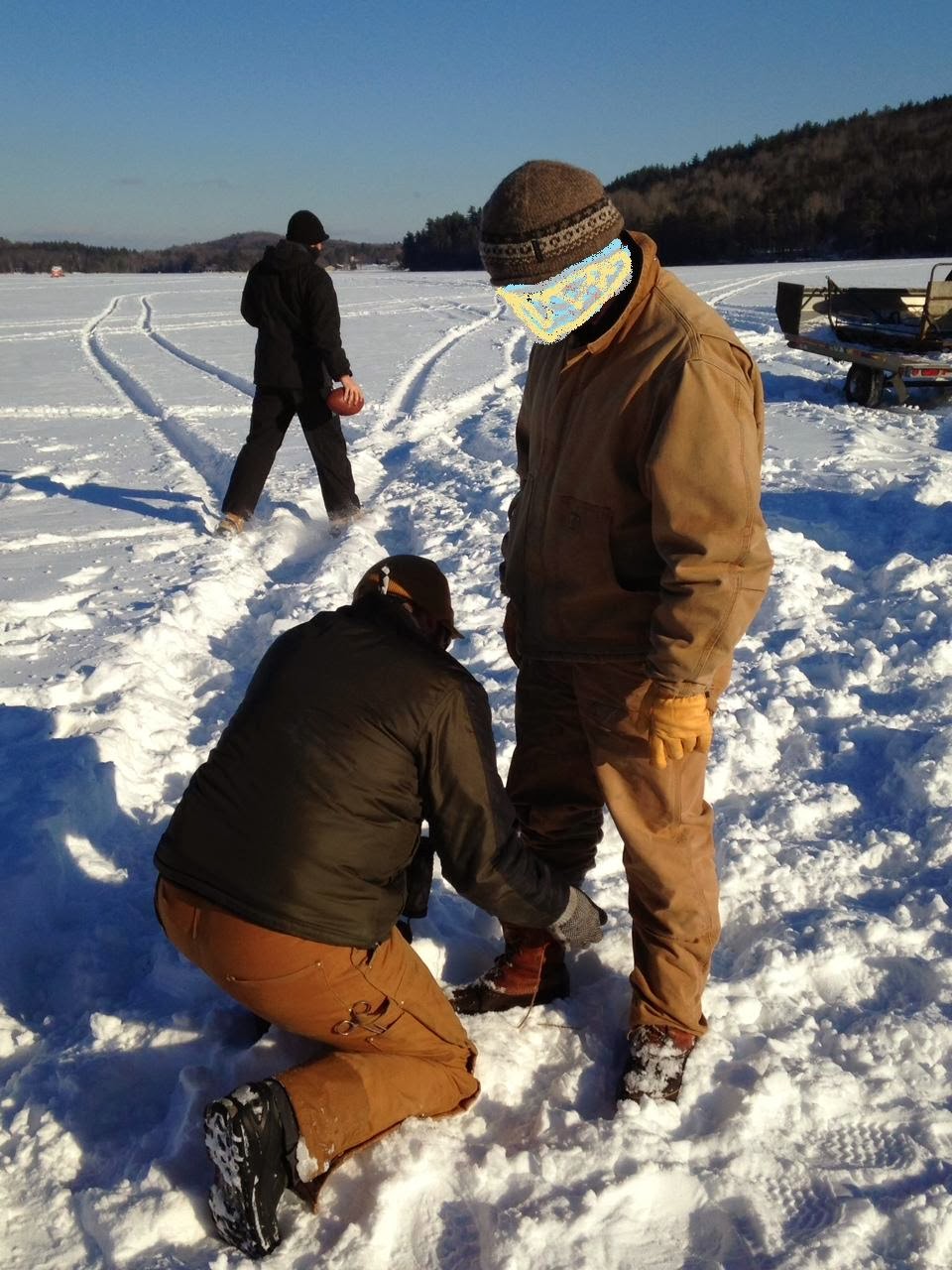 A helpful cheer during some arm wrestling. 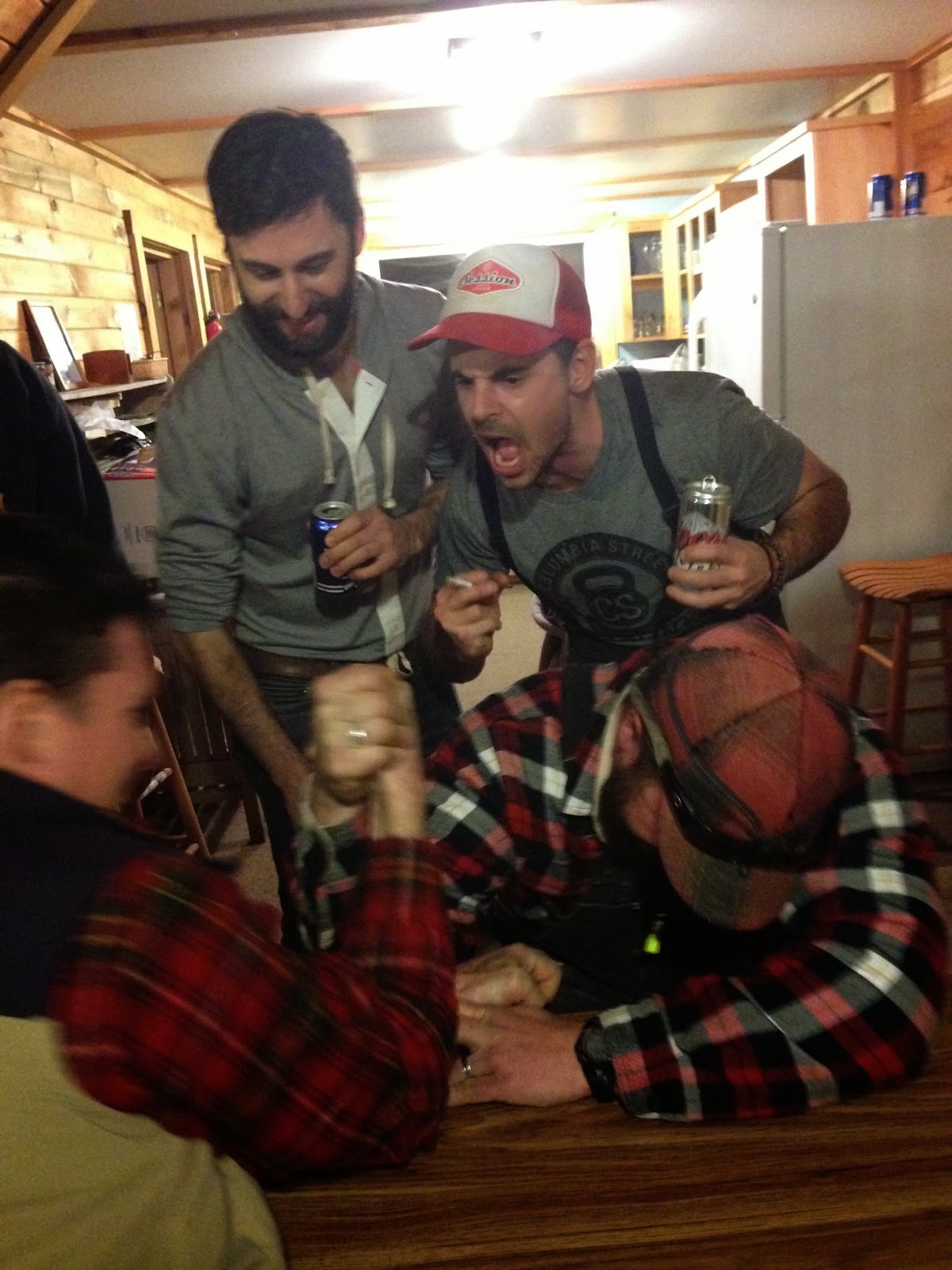 An IV bag to get your day started off right, brothers were there to help. 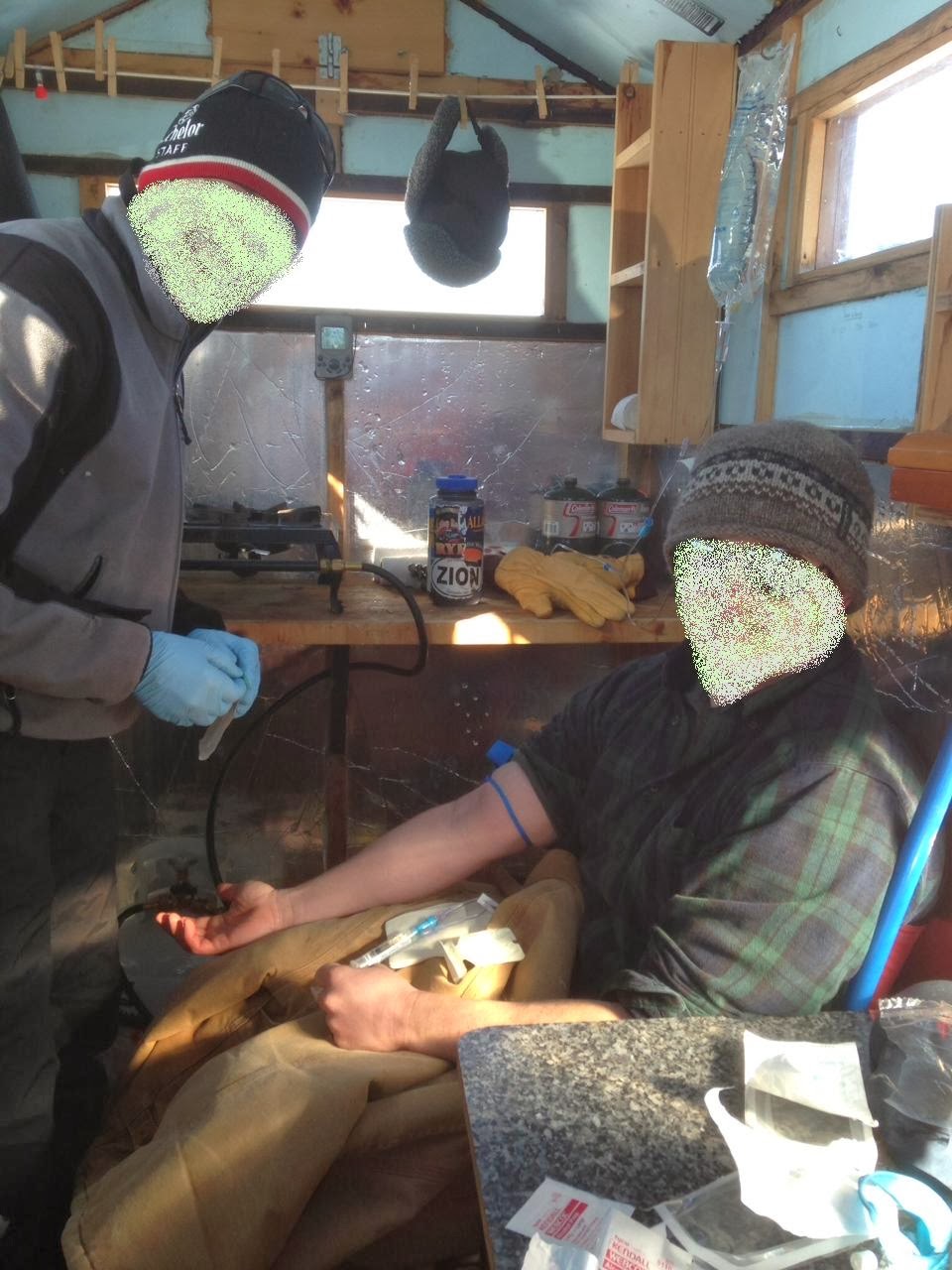 These guys were all class and quite a day was had by all. 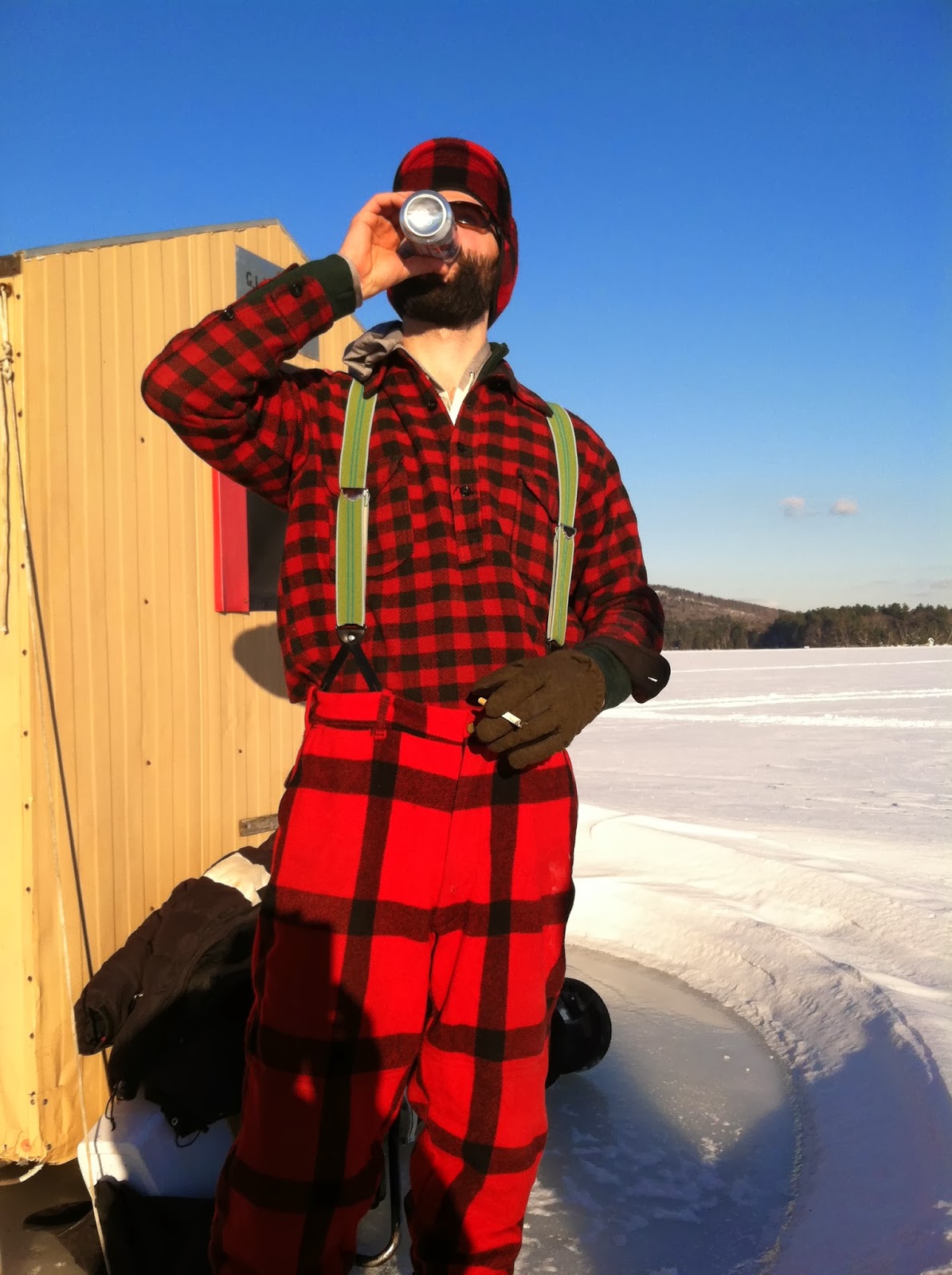 We were chauffeured in style. 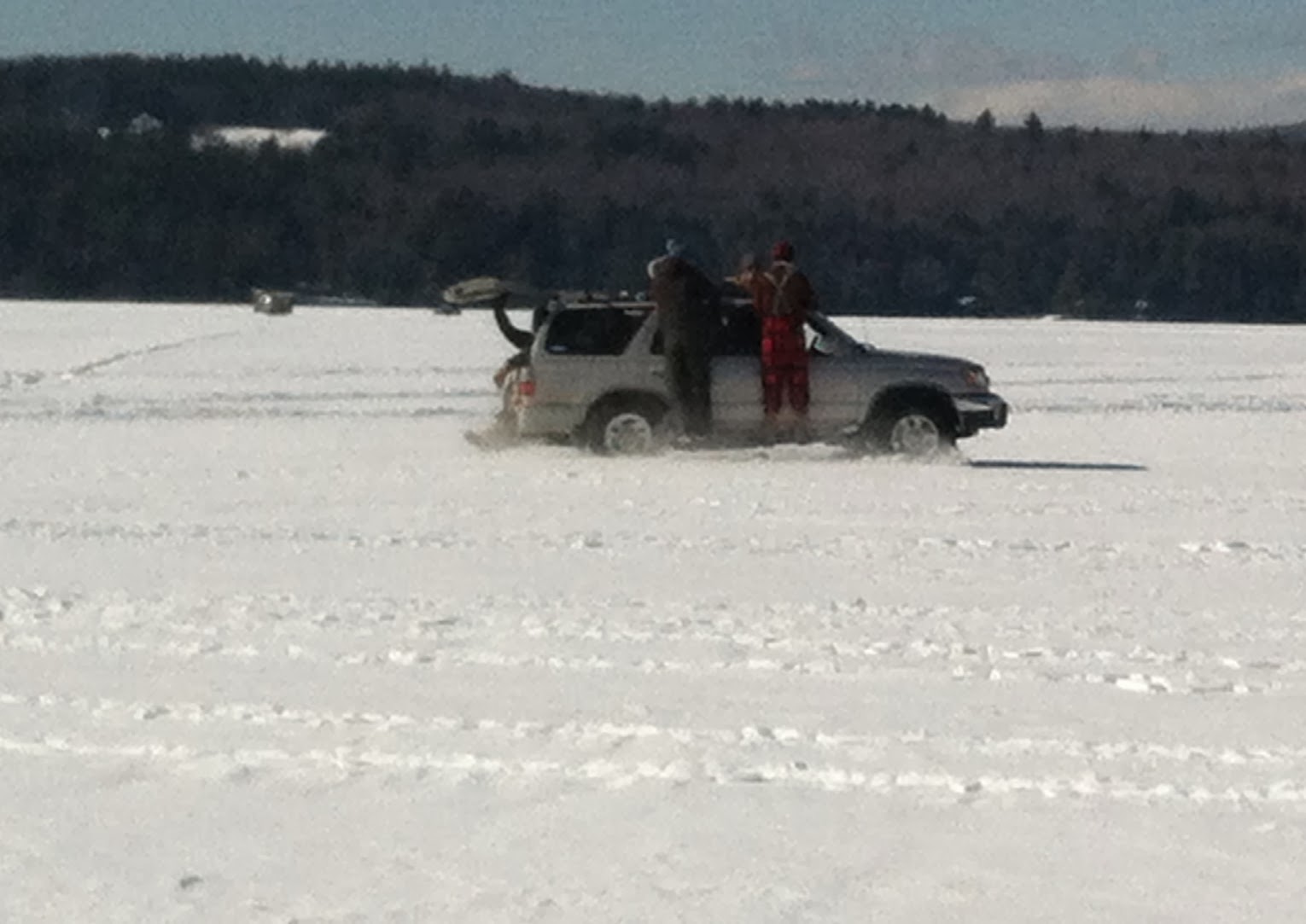 And we even caught some fish. 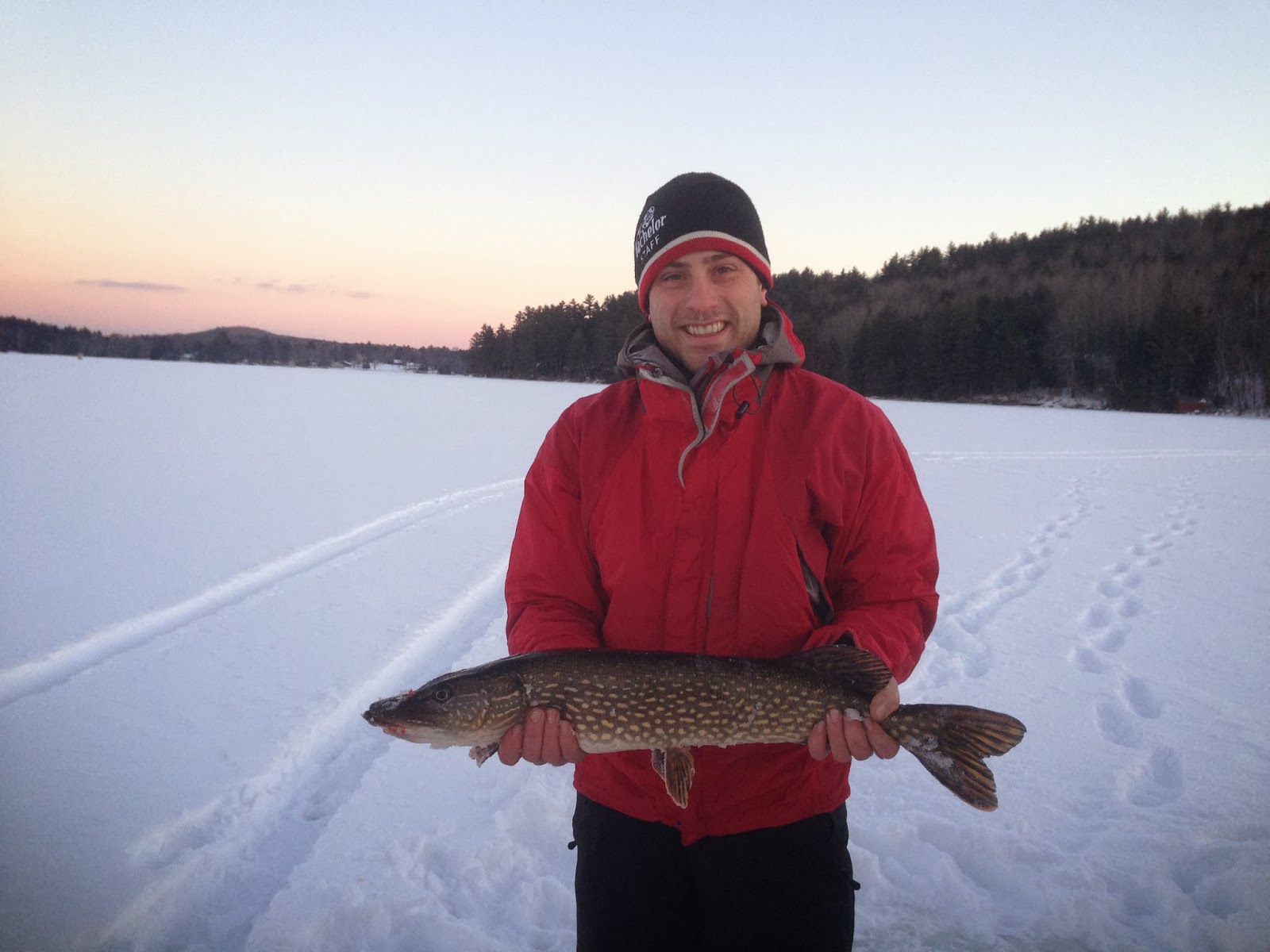 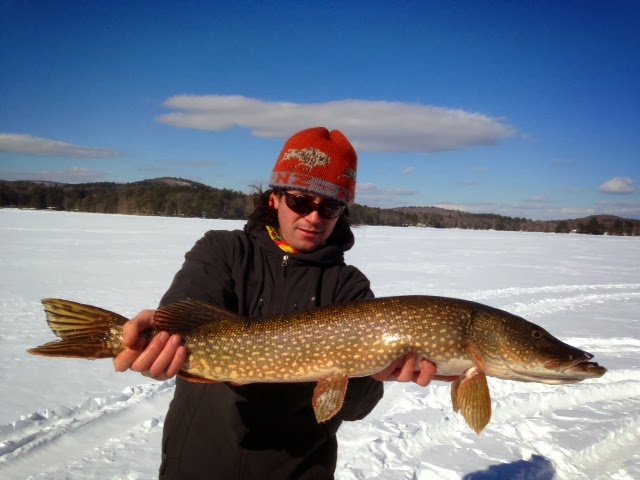 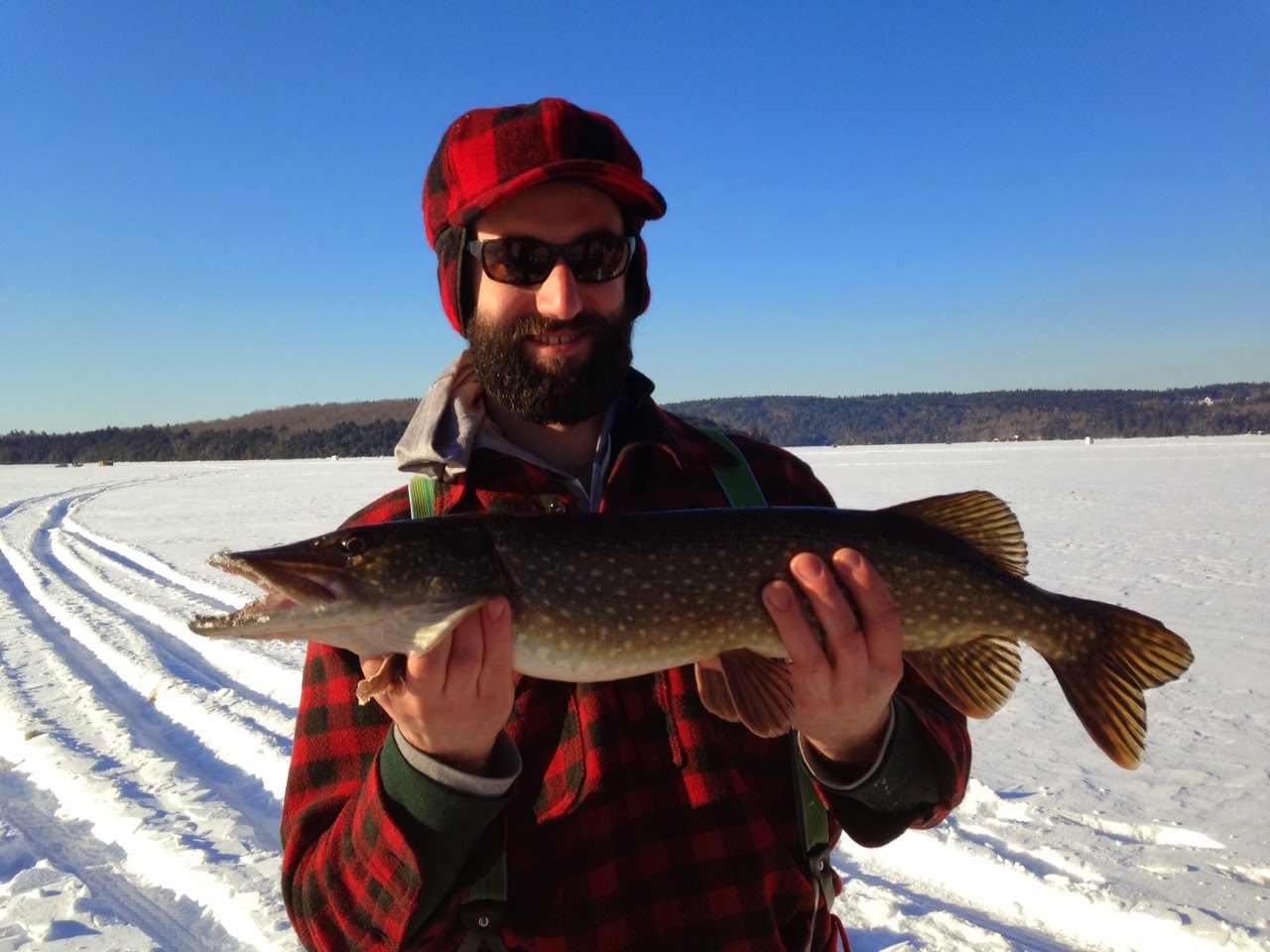 There was a drive by egging. 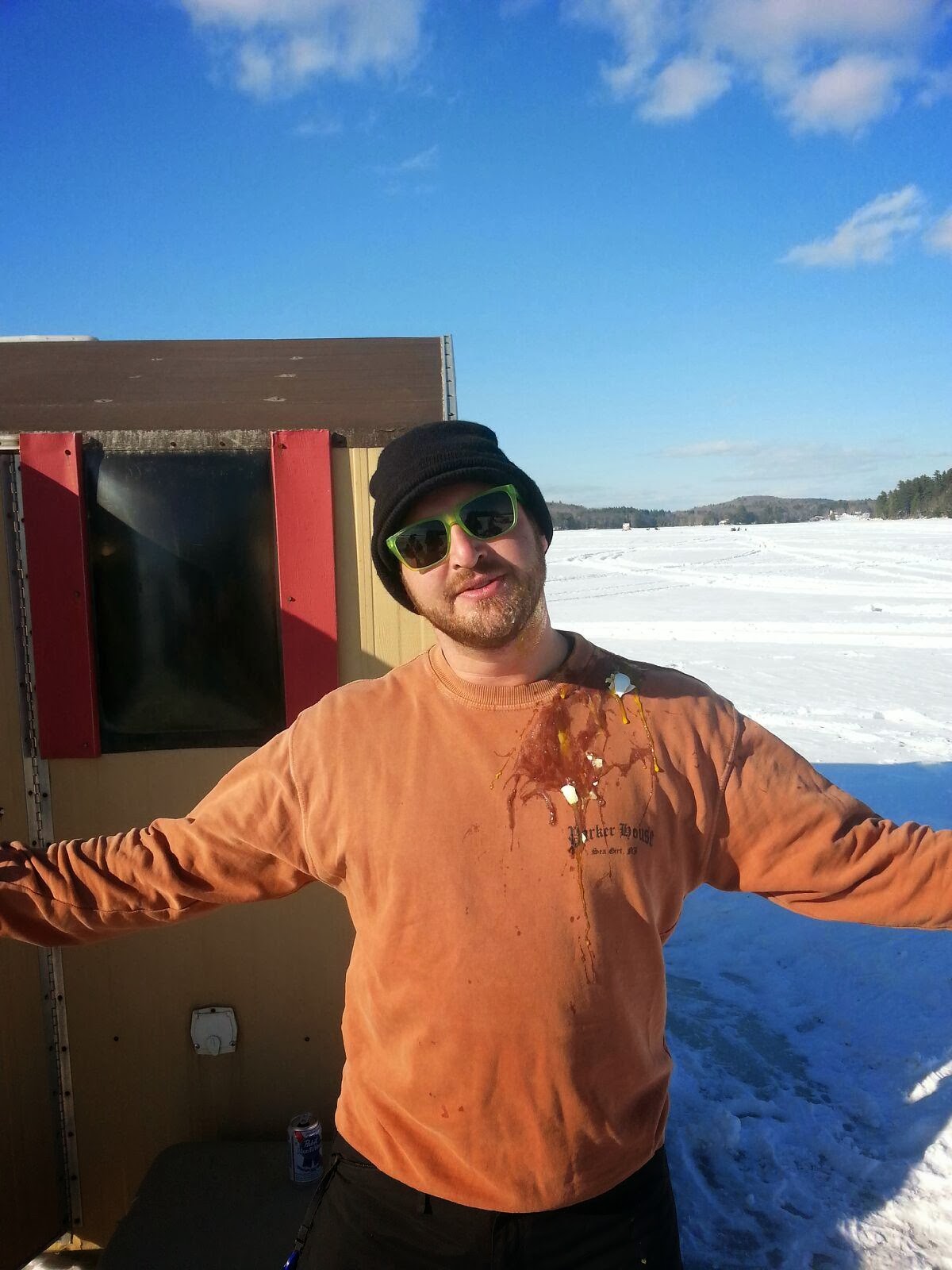 And during the Bates vs. Skidmore/Gettysburg football game there may or may not have been a chipped tooth. 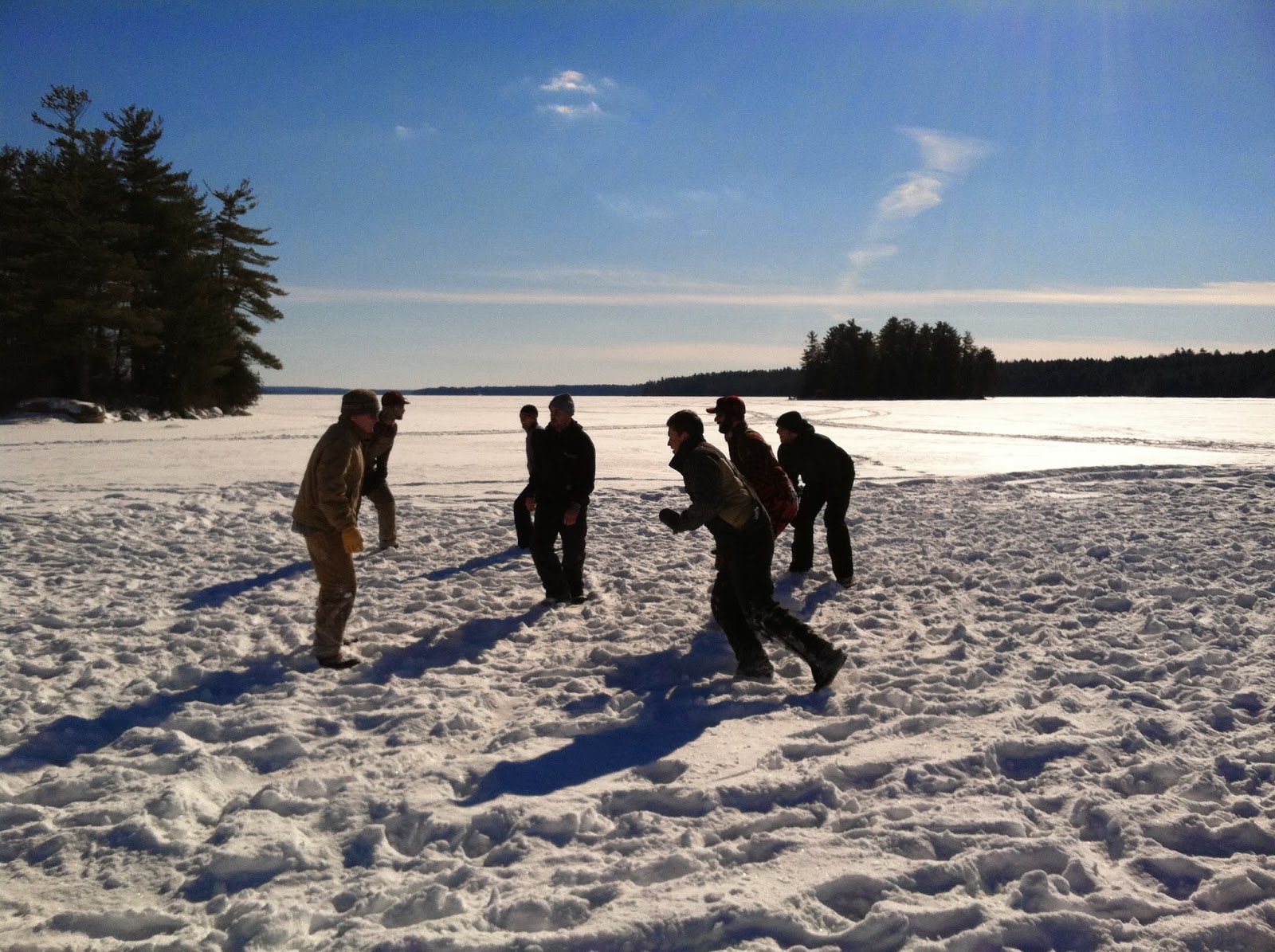 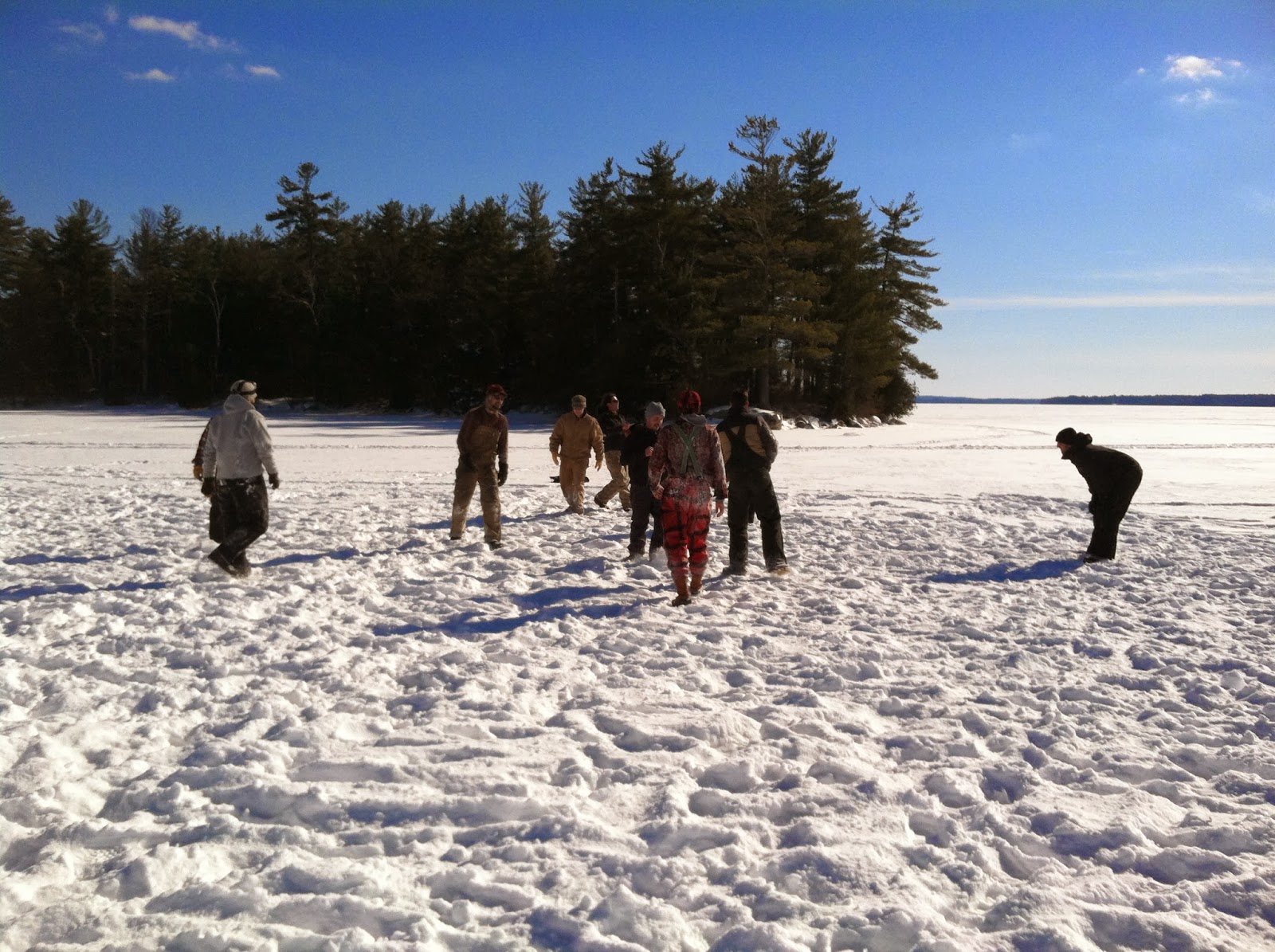 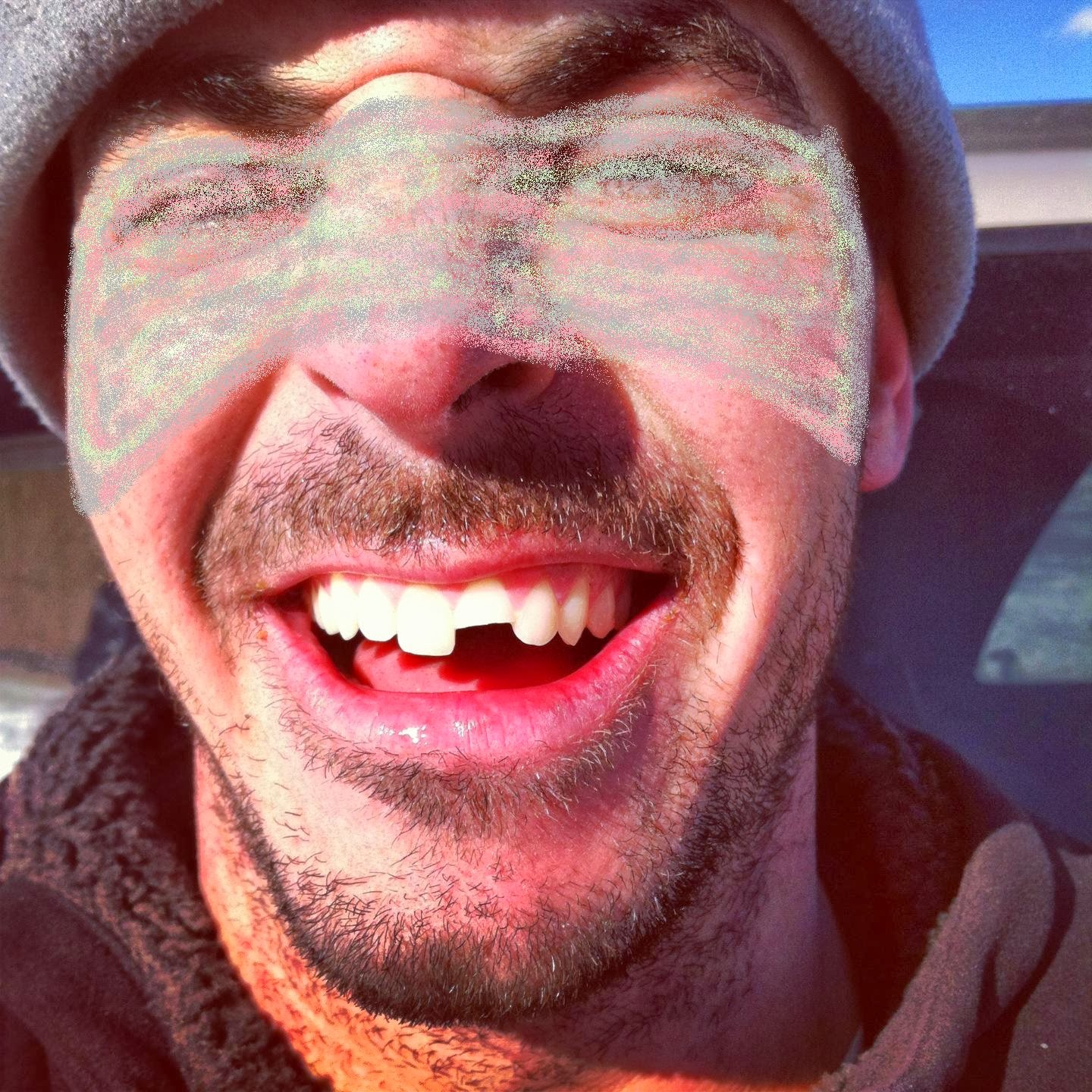 Thanks for making the trip up boys, it was a pleasure to meet many of you.

Thank you,
Jasper
Posted by Jasper Walsh at 5:49 PM

A fine trip indeed! Robbins said it best in one of his post adventure emails, this was one of our finest group efforts on the ice to date. I look forward to the followup video from Chet-Boy-R-Stelle. Until next time boys.....

this trip has now left me sick as a dog. it was worth it

IV on the ice takes it to a whole new level.