I'll start by mentioning that I should be working on my resume and applying for jobs, for if the government shuts down tomorrow then I'm out of work for the immediate future. But I find this more compelling.

A couple weeks ago I made plans to visit a friend from Maine I hadn't seen in several years. He was in Spokane briefly before taking off to another far-flung corner of the world for who knows how long. We met halfway on a lake in the middle of Nowhere, WA, and spent our time catching up late into the night. The next morning as we prepared breakfast I noticed some fish activity on the water right in front of our site. Then I saw more. And more. And more even yet. Lo and behold, unbeknownst to me we had camped on a lake that is rather well known for its carp fishing. It's plausible that I had somehow inadvertently ended up on what might be the best bay on the whole lake for said carp fishing, and that was what laid in front of me. Rod-less. I watched helplessly as what seemed to be dozens of carp finning and feeding on the mud flats everywhere in front of us. And there wasn't a damn thing I could do about it. Lesson learned, always carry a rod.

I mentioned my observations to Brother Jesse, who also found this information very compelling. This past weekend we both happened to have free and he arrived Friday night, ready to make good on all those carp. Judging from the arsenal of rods he brought with him he looked like he was ready to make good on any other fish that might swim within 200 miles of here too, but as you often know you need to plan for contingencies. As it just so happened, we needed to plan for contingencies as his arrival also heralded the arrival of a trio of wet and wild storms fresh off the Pacific, up from the tropics and down from the Arctic. Between the flash flood warnings and high wind advisories the forecast was the first inkling that maybe trying to fish at all was a bad idea. However, instead we planned for contingencies. South to the Yak, east to a spring creek, north to a small trout stream or even Steele water above and beyond there. The prospect of carp seemed too exposed and thus no longer reasonable. We were going to set out in one direction and see where the wind blew us.

We opted to try our luck east. For reasons one or another it seemed like the best chance at having a legitimate day on the water. The wind still blew like stink all day, but we saw hardly saw much more than a few sprinkles. The only time it wasn't windy was when we weren't casting, and that wasn't often, but the few other people that we saw on the water cleared off shortly after we arrived and we had the place to ourselves. We spotted fish right off the bat, but it took us awhile to get them to do more than just window shop. Jesse finally figured something out and got himself into pretty consistent action from then on. I wasn't so lucky, and did little more than prick one lip until well into the afternoon. I finally managed a couple, but such fine specimens they were it was worth the investment. All in all, I'd say the Basstards dun gon an lemonaded the shit outta that day! 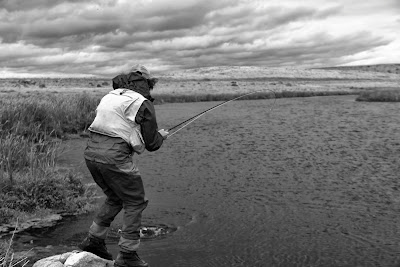 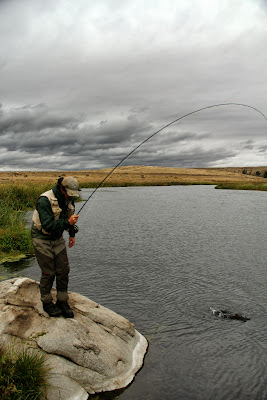 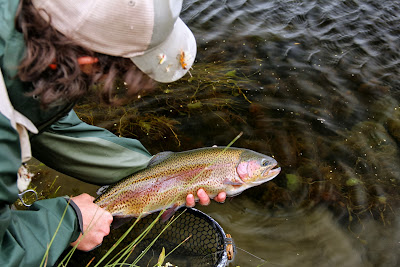 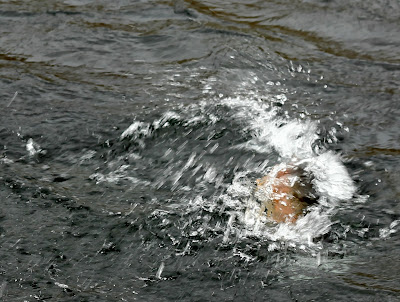 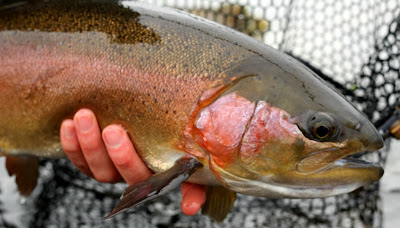 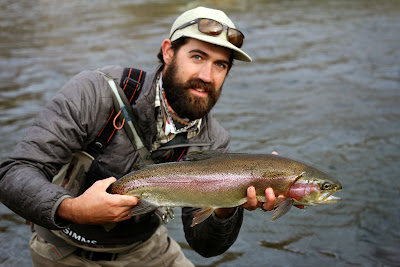 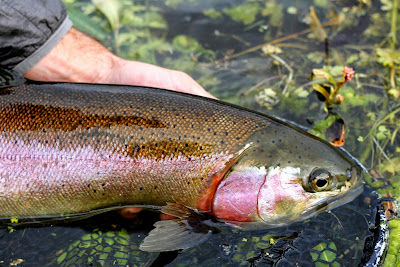 Hogs ! Congratulations boys, happy to see you were on the water together again

wow. how'd that steelhead git up that there spring crik?

Damn man, that bow is one tall glass o lemonade!

Completely overlooked this post.....holy smokes! That'll do boys; some great fish you got into there and great photos. Well done!