The adventure is about to begin. 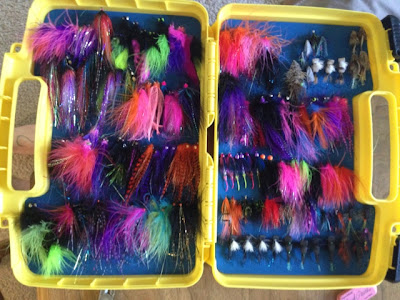 Here I sit, at the kitchen table in my apartment on Bainbridge Island.  The adventure is about to begin.  Three packed bags sit by the door, awaiting transfer to my truck.  Once inside, I will transport them a half mile and then onto a Washington State Ferry, which will cross Puget Sound and land in downtown Seattle.  From there, the truck, the bags and I will turn north, cross the border into British Columbia and make our way to a hotel whose name I can't remember and isn't too important.  I'm anticipating an unproductive night's sleep.  Tomorrow morning, I'll make my way to the South Terminal of Vancouver International Airport and board a small plane destined for Bella Coola.  Once in Bella Coola, I will meet the three other members of my party.

I have met and fished with one of the others, Loren.  The two others, Jack and Jack, I have only spoke to on the phone.  From what I have gathered, they are stand-up guys and good steelhead fishermen.  I'm not sure if I have ever spoken to another for so many hours on the phone before actually shaking their hand or seeing them in person.  It will be a good to see them.

Once the greetings are over with, we'll then turn our attention to the West Coast Helicopters hangar, where we have an 11:00 pack time, followed by a 12:30 departure.  1400 lbs is the maximum, but I think we'll be fine in that regard.  How we determine who gets shotgun will be comical, I'm sure.  As the eldest, I'm going to claim that age gets preference.  I've heard from others who have taken this same flight.  I'm going to wait until I've done the flight until I decide which adjective I'll use to describe it.

We'll go up and over some mountains and then into a valley where a river runs.  An island near a run called Totem will inhabit us for nine nights.  For the eight days in between, we will take to the waters of the Dean River, in search of mighty summer-run steelhead.  From what I hear, an angler can hook a lot of these fish over a week's time while on the Dean. 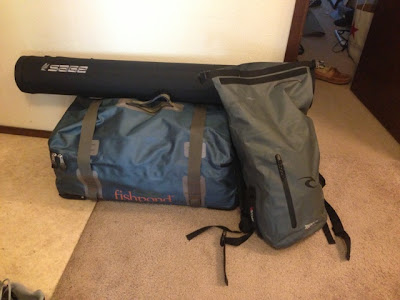 Godspeed Brother Jesse. I can't wait to hear the tails of your conquests.

Jesse my uncle fishes the Upper Dean around this time of year. His name is Henry Cannon. I think the guides name was Mike Blewitt. I was privileged enough to get out there once and it is wild. Best of luck and watch out for those bears!

jealous. do us proud!