Please forgive the jump to day three in what was an amazing run on moving water; I am told that the BFC Futures have a post in the works for our second day.

It was Saturday, I had been waist deep the two days prior, I was tired and quite certain that the river would be busy.  My comrades on the water would be talented, full of fire and fresh of mind and spirit.  Clark would venture north, Morrell would travel north, Walsh would venture southwest and our forces would join in battle.

Rain fell and was predicted to fall throughout the day, coupled with a significant westerly wind.  We motored into position around 6:30am, a two hour trip from my house to lines in.  To our surprise there was not another angler to be seen.

This stretch of water can go from good to great with the arrival of one determining factor....Suckers.  0 suckers in the run day 1, day 2 a half dozen showed up late in the day with a few trout behind them and day 3 began with the same few suckers at the top of the run.  The exodus of suckers had not begun just yet.

With this much talent on the water we started strong. 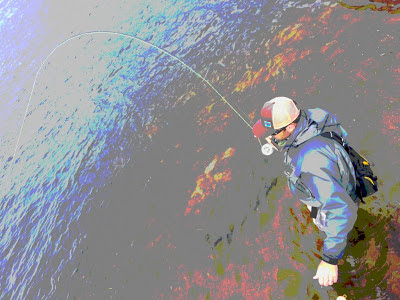 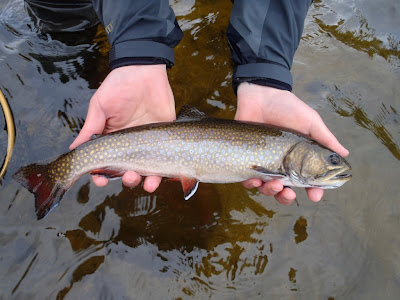 Numerous Brookies and Salmon came to hand from 6:30 to 10:30am but none were of the hog variety we had anticipated.  We continued to be alone on the run and at approximately 10:45 we witnessed dozens and dozens of suckers pouring into the run; they were promptly followed by some fine Brook Tout and shit immediately hit the fan. 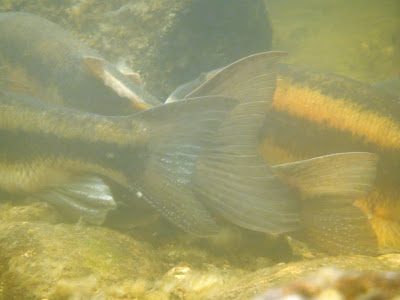 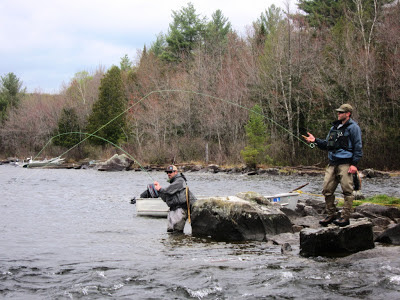 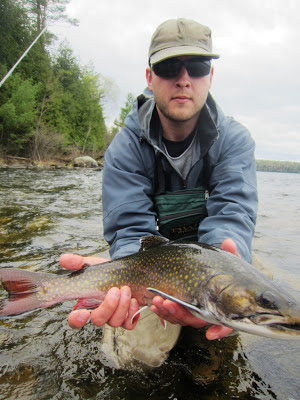 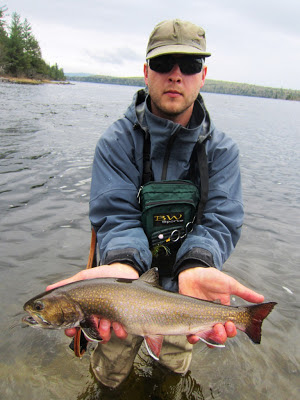 Healthy eating with the Devil himself 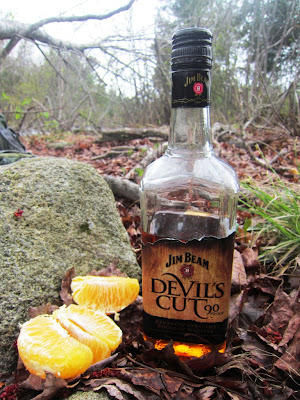 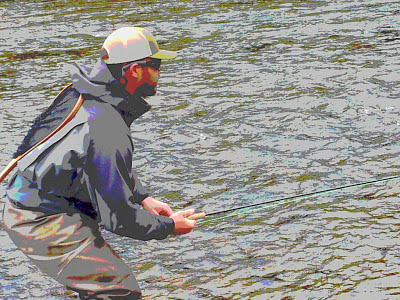 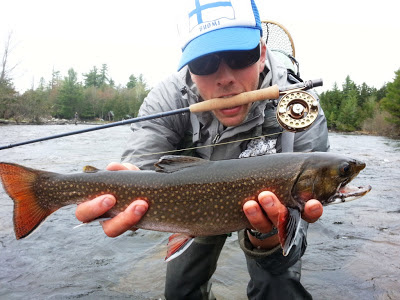 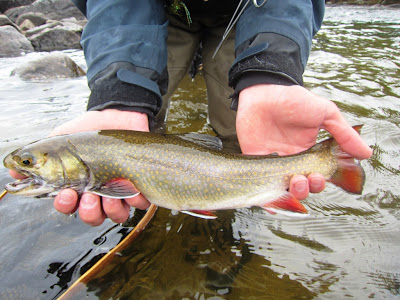 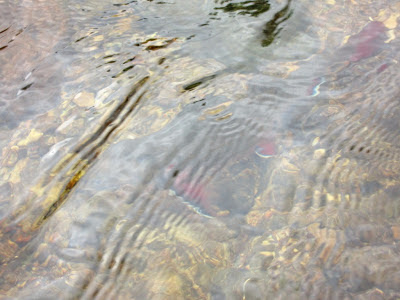 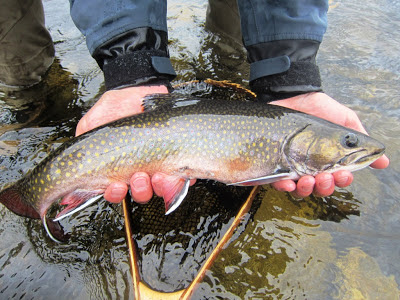 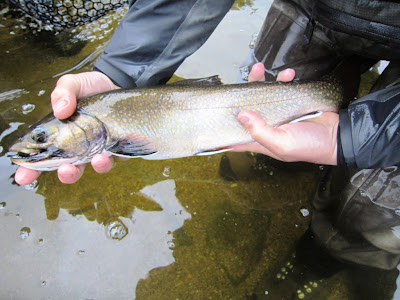 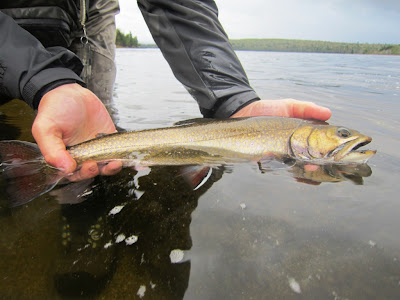 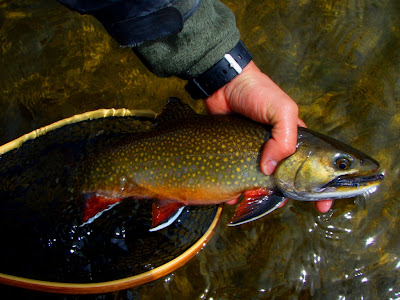 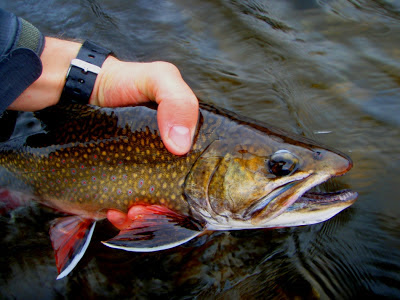 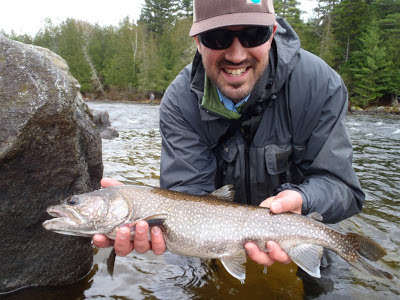 Old Walshy wrapped up the day with this 23" Laker (taken on a black stone), a species not seen in this river since the late 70's....quite a catch 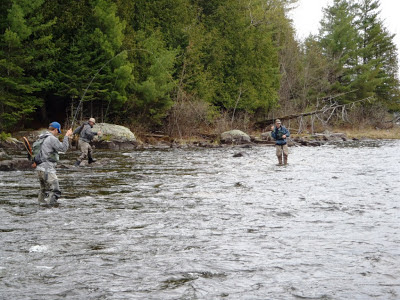 ﻿
﻿We had to pinch ourselves throughout the day as we experienced 'the run' which was witnessed by nobody other than ourselves.  A bunch of guys rolled in around 4:30pm and it didn't matter.  We had single handedly enjoyed a spectacle of epic proportions.  As a group we landed over 80 fish and each of us would state that is a conservative educated estimate.  The trip was simply unreal and it had it all, bad weather, sight fishing, BFC alums, wild rivers and a deserted stretch on a Saturday.

Days like this don't happen enough but when they do a man's mind is washed of all the difficult fishing of their recent past.  We were as happy as a pig in shit, baptised in the waters of a Sucker run.  Amen.
﻿
Posted by Andrew Wilkie at 11:17 PM

Love it. Those are some of the finest fish that the great state of Maine produces. Leave it to you to find em...

Well said brother Wik, I was happy to be a part of it.

there're some trout in those waters...

early bird gets the worm