I spoke to my good buddy William Whiskey Lesley Vance a few weeks ago as he pushed across the midwest on I-70 with the new custom driftboat he built from scratch all winter long in tow.  He noted he was headed to towards Durango to stay with a local legend of a fishing guide for a weeks and to fish the mighty San Juan everyday until his own guiding season began.  As the days passed sitting at my desk, his offer for me to join him began to eat away at me.  So, I finally decided to seek solace, loaded up the truck, kissed the wife, gave the dog a sedative, called in sick, and started heading south.

All in all, we had a blast.  Fishing was pretty damn good, weather just about perfect, boat performed like a dream, and no one was arrested.  Here are a few picks from the weekend. 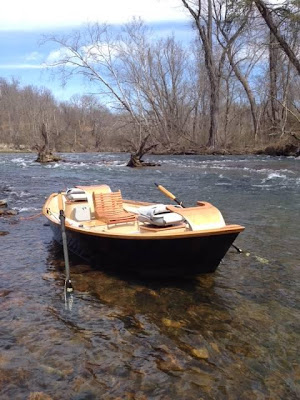 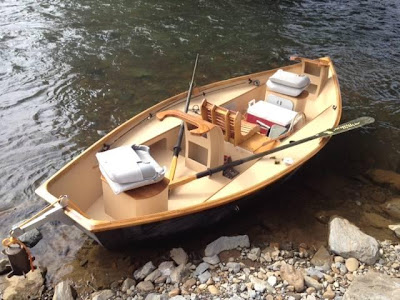 I realized my pup gets extremely car sick...so we had to make a bunch of pit stops along the way...not bad scenery though 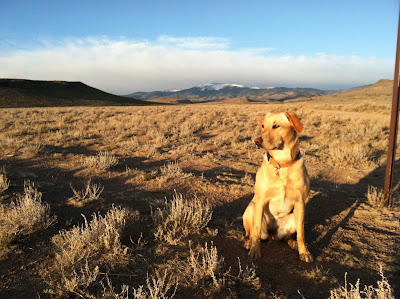 Arriving at the house, this is the shitter of a 48 year old fishing guide...yes that is an arrow sticking out out the top....yes ladies he is single 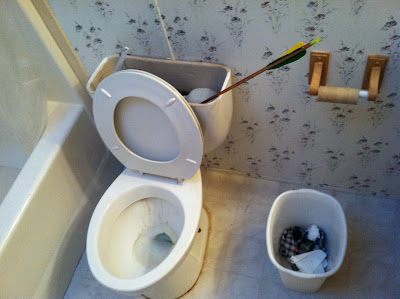 Nice leopard bow.  All fish over the 3 days were taken on size 22 flies or smaller, including dries. 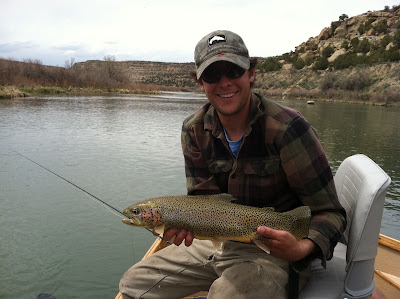 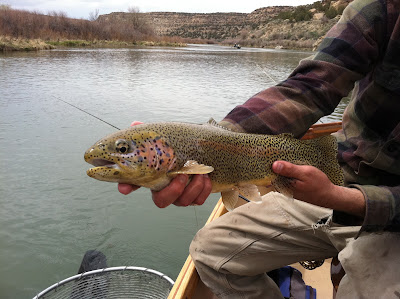 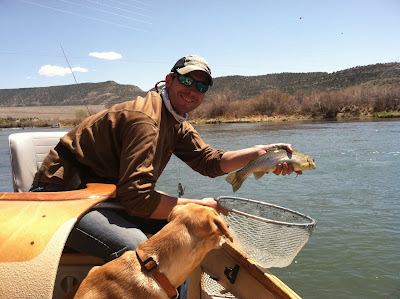 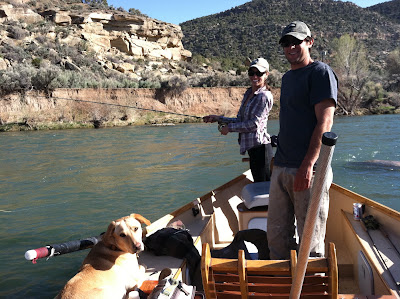 Dog was straight beat after a morning of wading﻿ 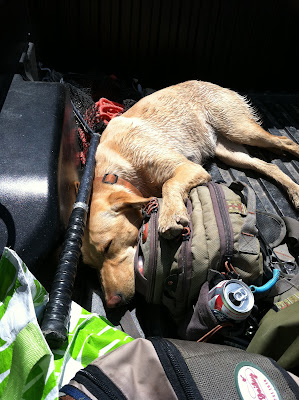 That looks about as good as it gets Billy, thank you .

good stuff Big Bill! looking forward to getting Lesley row me down the Rio Grande in that rig in a month's time.

A good "tail" sir. Thanks for another quality read.

Montana Boat Works boat ?
More importantly, who is the smokeshow in the black pants ?

Haha, that's Les's girl. Let's just say we were turning some heads on that river....custom wood boat, good lookin young pup, fish being constantly fought, and yes, Lisa at the front of the boat in some tight yoga pants....all of which was well planned out.

Not Boulder Not Montana, truly custom made by Les and his buddy from scratch. This is about the 5th boat his buddy has built and they are trying to start up a little company based back in NC. I can get info if more interested.

Beautiful boat, beautiful scenery, beautiful fish. Quite the trifecta there my friend! I'll be back your way next Friday, what say we have a fish together?

Just talked to Les. The company they are starting is called High Country River Boats out of Boone, NC.

Lucas, lets hangout. I am throwing a big pig roast at my house on Saturday the 11th. Be there.

just skipping over the west coast and going right to calirado, eh lucas?