I was fresh off the Appalachian Trail ......dreaming big
I had convinced a few friends who were about to graduate from a state university
that we should do a big summer trip. To ride our bicycles across the country.
We had spirit, spunk and no bicycles.

I walked in to Farmington's bike shop and chatted up the owner, told him my plans and asked about bikes.
Without missing a beat, he agreed to sponsor our trip. He ordered our bikes and away we went. 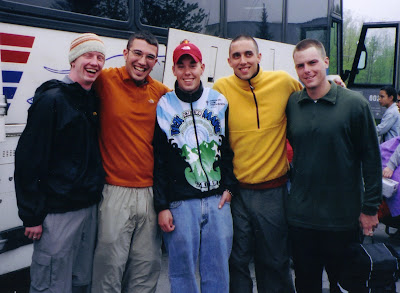 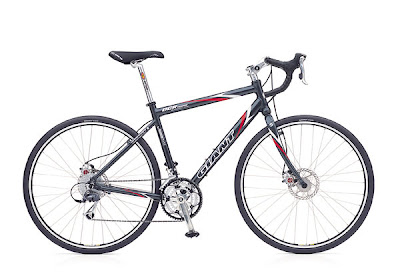 So we rode our bikes and made it back to Maine, had a few good times along the way. 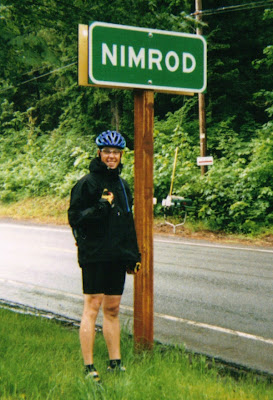 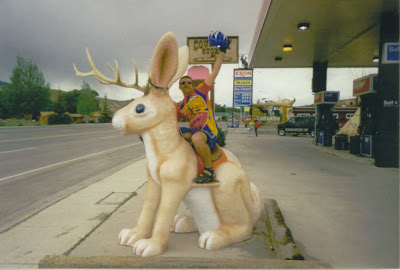 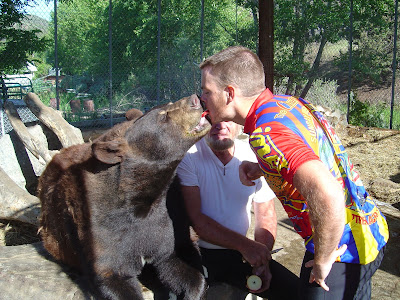 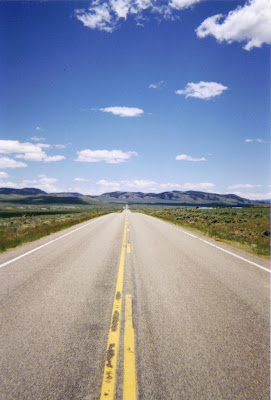 We made it to Maine, and stopped in Farmington to thank Brother Todd and the boys around the shop. 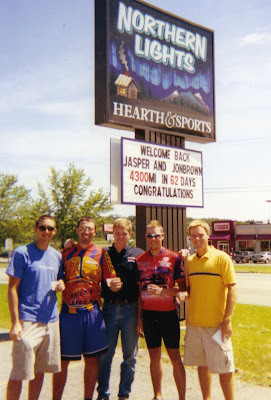 Since that day in '04 I have been thinking about returning the favor and let's be honest, I don't have that much to offer. So Wik and I took brother Todd pike fishing. 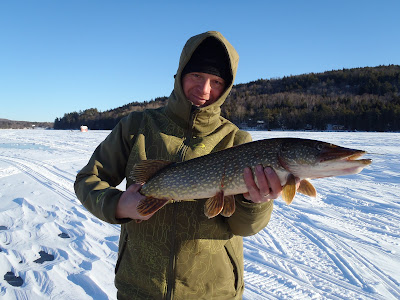 While on the ice we talked about steele and Todd invited us to join him in NY . Plans were made, phone calls to Kristin and gear purchased from Bainbridge Island.

Todd was out for a week and stuck many fish, when team Maine arrived the flow spiked and the snow began. A few fish were landed, some moonshine was consumed and good times were had, complete with a Mahoney experience ! 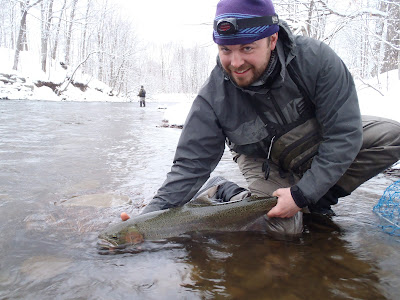 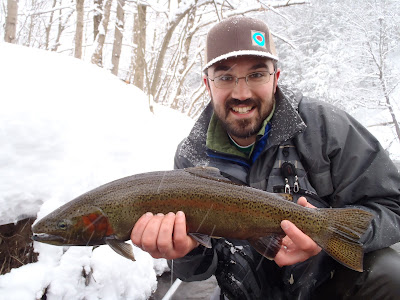 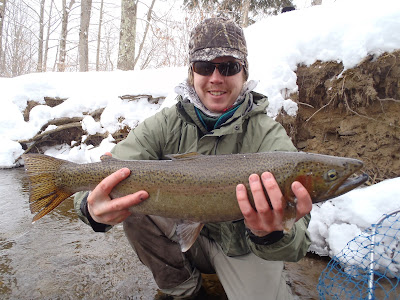 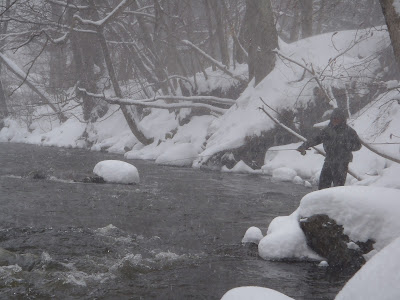 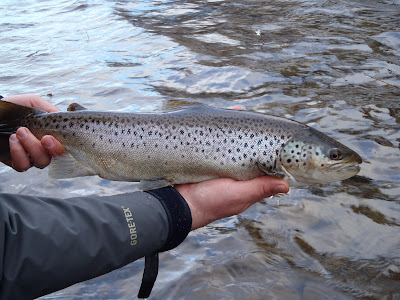 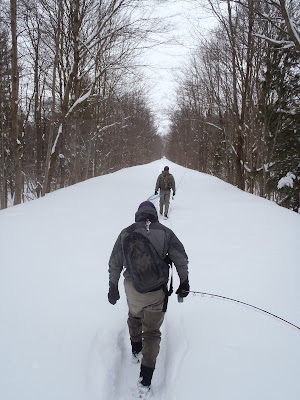 Did I return the favor ? No way, not yet at least. I did get to share a few good days on the water with some solid dudes and that is good enough for now.

Cool story Jasper. Thanks for the read.

Legend. Your stories continue to inspire me daily.

Is that, by chance, the jackalope outside of the general store in Dubois, WY?? I took a ride on that same beast on the way to this place

Morrell, it certainly is !