So I have not made a post in a while, and the reason is I haven't been getting into too many fish. It has been interesting getting into sea-run cutty fishing, and I have tried a few beaches to no avail. I'd say I've gone about 8 days skunked out on the beach, but one beach I have tried a few times is actually the place I work. I have been a shellfish farmer out in Washington since October, and there was word from my boss that the cutthroat fishing can be very good on the incoming tide. I had tried a few times after work to no avail, but today I was not working and decided I would fish the whole tide. The goal was to learn when a good time may be to get into these fish that may or may not be there.

Right off the bat I caught a 4 inch cutt and I have never been so happy to catch a fish so small. I continued for the next three hours with not another nibble. I changed flies, moved up and down the inlet I was fishing over and over. The water had been covered and I was getting ready to pack it in. That's when it all changed. That "one more cast" idea popped into my head and on this cast I hooked into a fish. I fought it for a few minutes got it within 10 feet of me then did the ole early release. I got a good look at it and I'd say it was a little over a foot long.

Now I was ready to keep fishing, I continued to fish all the way to the slack tide and landed two fish in the last hour before slack. The first was by far my biggest cutthroat up to that point closing in on 18 inches. The next was a solid 15. I was using my 5 wt. (which these fish put a solid bend in) and the fish I caught were on a fly I had tied that morning. It was a blast. 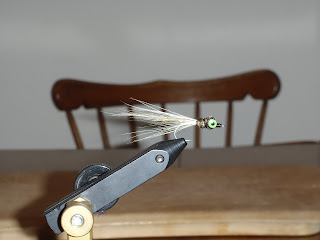 Spot I was Fishing 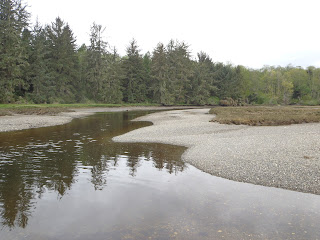 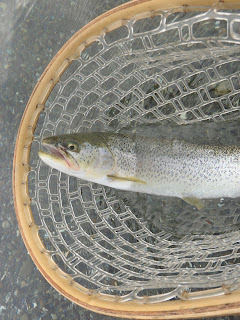 I have been trying my hand at watercolor paintings So I did my best to paint that fish; here is my attempt 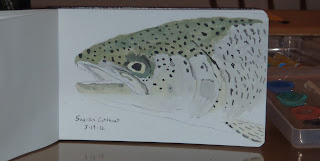 Well done James! That painting is badass; not too shabby for simply trying your hand at it

Ha. thanks Jesse and Wilkie. Its an ongoing process.