I have been fishing the beaches a fair amount since moving to Bainbridge Island exactly two weeks ago. While I have had minimal success to date, I understand that part of the nature of this beach fishing game is just finding the fish. My collection of fishing spots is small, but growing, and I'm trying to learn which spots fish well at different tides, different times of day, etc. I've caught a handfull of cutthroat and silver salmon in the 4 - 6" class, which was fun the first two, maybe three times.

A day or two after I arrived on the Island, I received a message from an old friend from my hometown, Silas. He would be in Seattle for a conference and was staying through the weekend to fish and wondered if I would like to join him. Yes, I would, I told him and the plans were made. We rendez-vous-ed at perhaps the most unlikely place for two anglers to meet, a mall, and caught up while we made our way to one spot I know of that I had caught some small fish at before. No fish were caught that evening, but we knew we had an early morning outgoing tide waiting for us the next day. 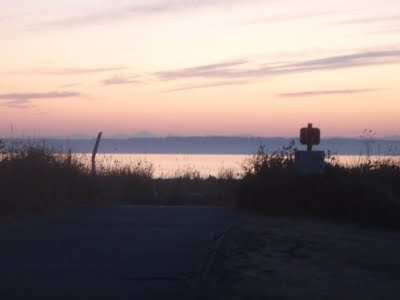 We reached the beach the next morning before sunrise and made our way to a spot I found where a lagoon drains on the outgoing and a good flow of water passes by a little spit. I had caught a few nicer fish here earlier in the week but hadn't quite hit the tide right. This morning we timed it perfectly and we also had a huge tide that would drain most of the lagoon, giving us a solid two and a half hours of outgoing current. 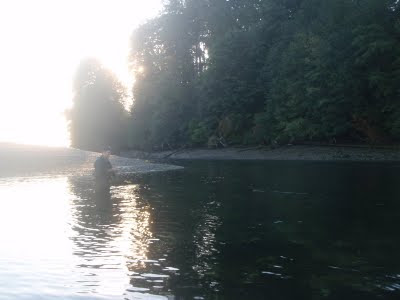 With any foreign water or species, there are many questions and doubts that cross an angler's mind, especially when not catching fish. In this case, I was fairly confident that we were in a decent spot and that if the fish were around, they'd eat our flies - clousers in some combination of white, chartreuse, pink, olive and green. That said, I hadn't really gotten into them yet, so any theory I had to that point could be thrown out the window. We could philosophize about it all day, but in the end, fish certainly won't eat flies that aren't in the water so we started fishing.

Fifteen minutes or so into it, a strike. 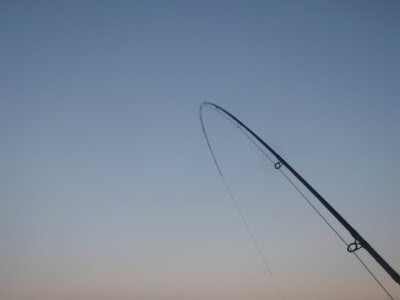 The fish were there and they would eat our flies. 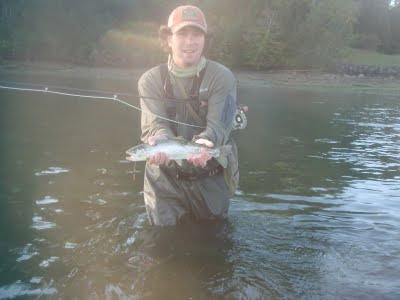 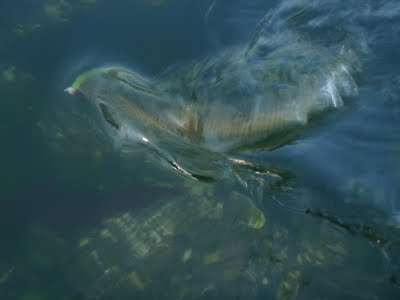 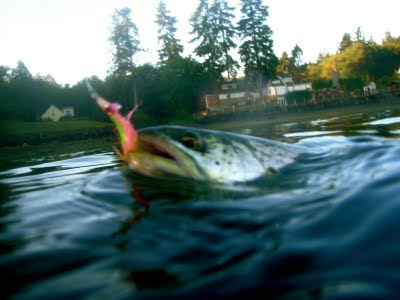 Between the two of us we landed a dozen or so before 9:00. It was the best luck I'd had since I arrived on the Island.

These coastal cutthroat are an awesome fish! Consider: a 14" coastal cutthroat will absolutely hammer a size 1 clouser minnow and fight hard enough to put a solid bend in an 8 weight, jump and spit your fly, take line off the reel and speed away when released! As Boone would say, I'll fuck with that! Finally getting into these fish let me get to know them a lot better and I'm thoroughly impressed.

When the tide finally slowed and the bite turned off, Silas and I began the walk back toward the car and breakfast. Walking and talking about the morning's great fishing we were suddenly stopped in our tracks by a huge splash and then a large cutthroat leaping two feet completely out of the air, directly in front of us, 60 feet away. Silas might have uttered "Dude...", but we looked at each other and in an instant ran into the water stripping line off our reels and false casting like madmen. I got one cast out pretty quick and the fly landed in the still-disappearing rings from the fish's splash. Nothing. I made another cast and started stripping when a yell from Silas came. I looked over and Silas was tight. His two casts were 10 or so feet to the left of the fish's jump and the fish had headed that way. It was quite a scene as we both couldn't contain ourselves and he battled the fish. It turned out to be the nicest fish we'd land that day. 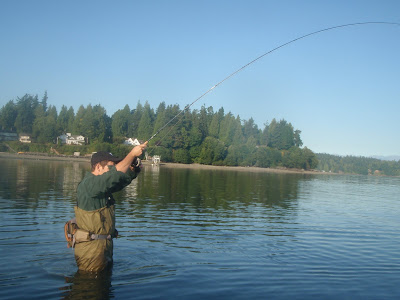 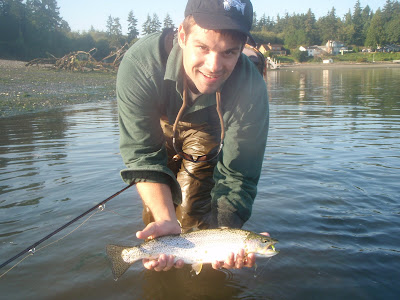 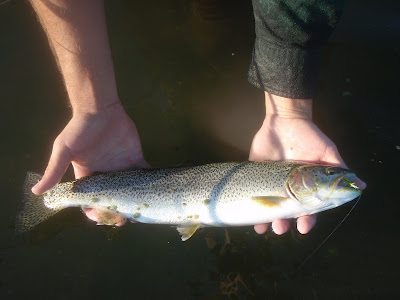 The rest of the day was spent in search of new waters. Private Property and No Trespassing signs frustrated us as we made our way around the Sound. We found a few more places to fish and got into a few more fish, but nothing quite as productive as the morning. At any rate, I'm in. I've been used to frequent fishing for a while now so I think this will fit right in. 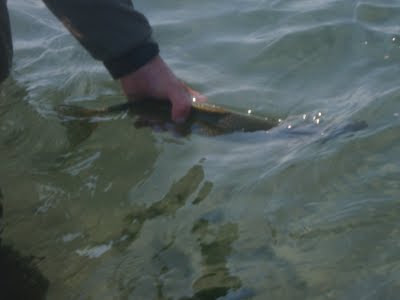 The day was also a great reunion with an old friend. Exploring new waters and new territory can be frustrating business sometimes and it definitely helps to have a positive face in the passenger seat and next to you on the water. Sometimes all you need is for someone else to tell you to take a right or a left. There are so many roads... 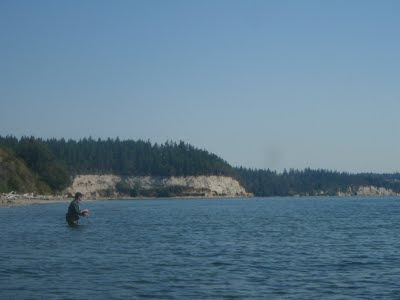 I've also heard there are salmon around.
Posted by Jesse Lance Robbins at 1:03 PM

Ahh what wonderful pictures, looks like you had a great fish!
canvas art print

What a cracking post, thanks a lot!
art on canvas