Fishing is About to Hit the Fan

Been rocking a new schedule for the last month or so which has been killing me for four days but opening up a three day weekend. This agrees with my need to get on the water. Had high hopes for a wildman Allagash day trip but was unable to harvest a partner in crime so I made my way to the Rangeley area. 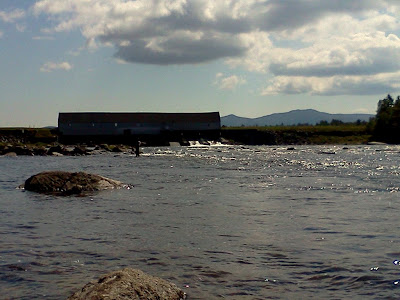 Stung a fish here on my first and third casts on the Puppetmaster that I posted pictures of a couple weeks ago. 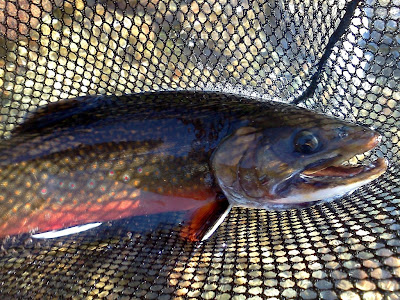 Worked streamers and nymphs but the nymphing game was not producing. Bugged out of position A after two brookies and a midsized Salmon. The mile hike out was uphill and a bit of a ballbuster in full fishing garb. No matter, foot on the gas I headed to position B. 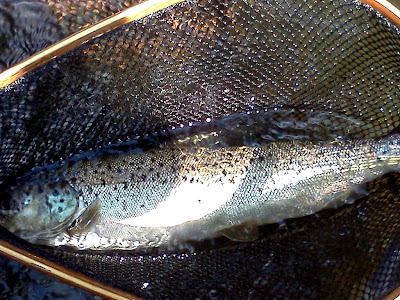 Nobody on the river the entire time I was there. Despite the off color water the fishing was fantastic. Olive nymphs were the ticket; Fergusson Trout Bug, Olive Hare's Ears, and Caddis all produced. This spot looks so insignificant with limited drifts available in water over 2 ft. deep but the fish were stacked up. 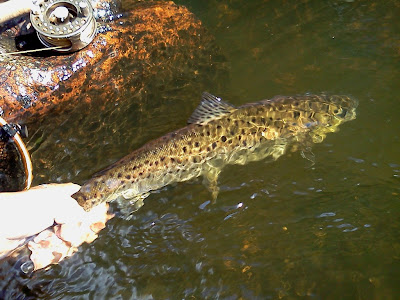 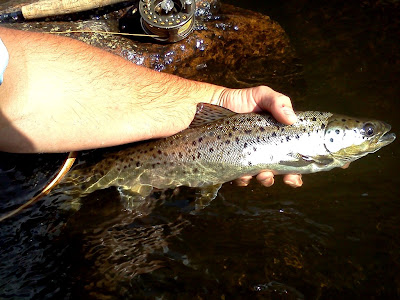 Fishing alone at both of these places got me crazy jacked about fall fishing; I was in the zone, the fish were cooperating, the sun was out and the temps were low....good times
Posted by Andrew Wilkie at 9:55 AM

YES. great fish sir. was at the tying bench late last night myself whipping up some creations. about to roll to the OP for this long weekend, thanks for the motivation.