A Week In The Woods....The Story Unfolds

This is my second year staying at Kennebago Kamps alongside fellow carpenter Troy Ireland and his father-in-law Joe from California. It is an interesting camp dynamic with the broad spectrum of ages, different eating/sleeping habits, and various fishing mentalities....yet somehow it works. Troy is a good shit, handy with the long rod and wishes he could be on the water more often. Joe, a seasoned national park superintendent who has worked around the nation, is happy to fish close to camp for smaller fish but almost always plucks the only few hogs in a couple miles of water. The common threads are political liberalism, fishing, and a love of the outdoors. Plenty to make for an epic trip on some of Maine's best rivers.

The beginning of the week had us battling high yet clear waters that were trending down after some insane thunderstorms in the days leading up to the trip. Every dam in the state was at record release levels yet thankfully the Little Kennebago River, which isn't dam controlled, proved fishable despite it's high level. Countless fish fell to our dry fly presentations, yet very few fish broke the 12" mark. Fish sizes began to increase as we fished the lakes and some other undamed stretches of water away from camp. As the week wore on water levels began to decrease and after having our fill of trout and salmon on the waters close to camp we ventured out on Friday towards the money waters we had been drooling over all week. Needless to say the trip did a 180. 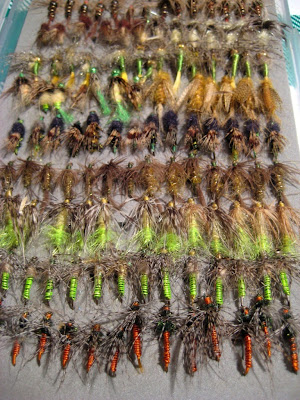 An old friend and carpenter that Troy used to work for on the coast swung by on Thursday night. He only fishes wets, which is a new game to me, this was his winter selection that he tied while smoking his badass pipe. 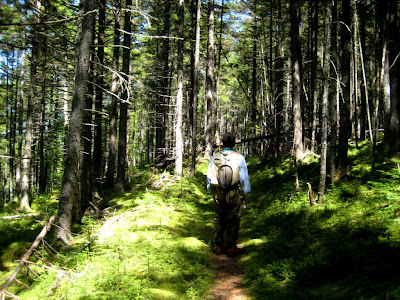 There was a bit of trekking involved; this stretch through moss coated spruce understory was some of the most beautiful walking I've done in recent years 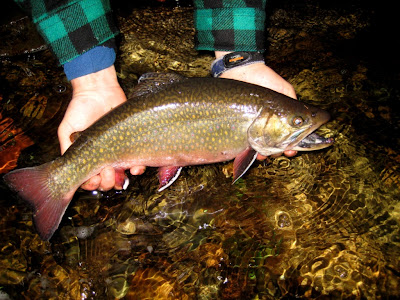 The after dark bite might have kicked in on Friday...in legit fashion 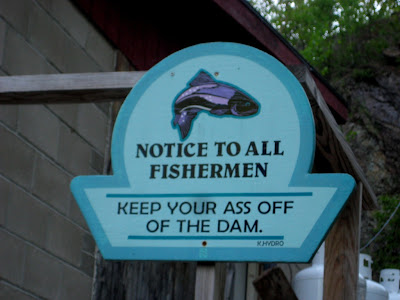 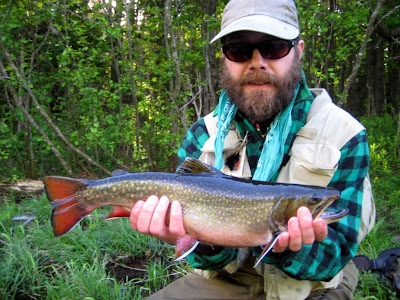 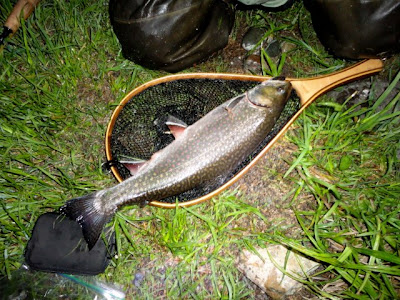 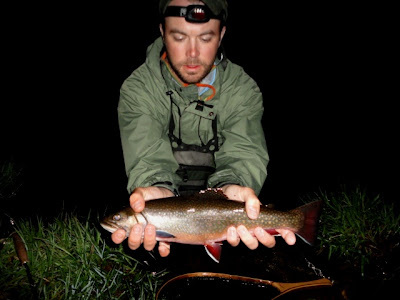 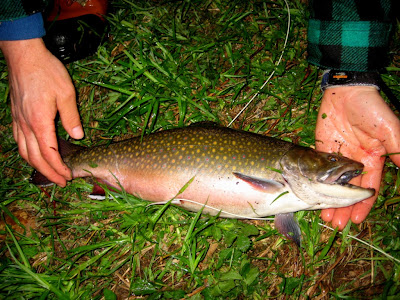 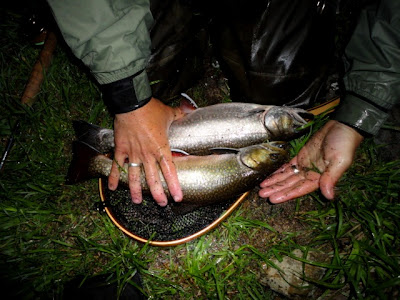 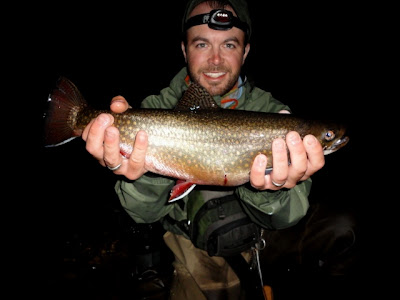 Icing on the cake....fishing is a bummer.
Posted by Andrew Wilkie at 9:47 PM

yes sir! so did those big brookies eat the wet flies or what? sounds like a fun atmosphere in camp. nice report my friend

Nice fish and a hell of a collection of flies