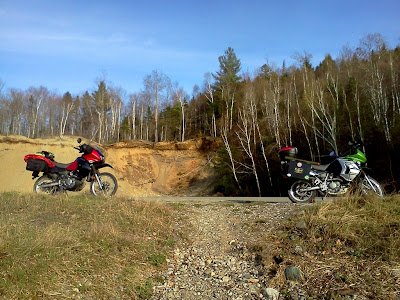 Woke up late last week with a text and an e-mail asking me to join a fishing adventure to the Dead River. One was from Carter a good buddy of mine who manages a sporting camp where I used to work, the other was from Dan Frost (BFC '05) who teaches at Carrabassett Valley Academy. I might have been able to resist one request but two was just too much for me to handle.

Dan, after much consideration, just purchased the ultimate offroad fly fishing motorcycle, a KLR650. It just so happens that I own the same bike and we've been putting great plans together to hit the road throughout the spring/summer/fall to sting a few trout and Salmon.

We arrived at the river that evening and I was greeted by a small bottle of Beam as we stepped into the cool waters of the Dead which had just subsided to 285 cfs from well over 2000cfs in the week prior. Spirits were high and so were the expectations. 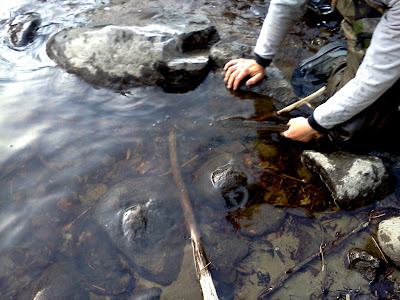 Once we had it dialed in, 6 respectable Salmon between 14 and 21 inches came to net.....exactly where we expected to find them. My attempts to get a sweet shot of Dan with one of his fish were spoiled as it flopped from his hands at the last minute. The salmon below was the evening's prize taken on a Montreal Whore. The epic spring continues. 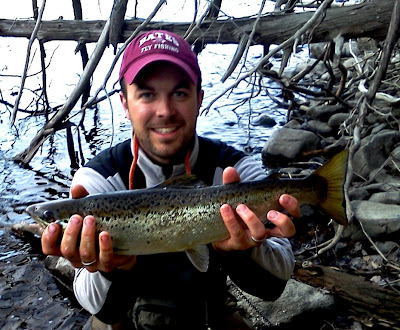 Posted by Andrew Wilkie at 7:50 PM