Working on the coast is nearly a two hour drive for me in one direction each day. I've grown accustomed to the drive; I drink coffee, decompress, and dream of fishing. The drive doesn't exist in my mind when I know I will be fishing just down the street when the work day is done.

This trip found three of us in my canoe rolling refugee style. We were freighted, and two of these men in the boat were new to the sport. One of them was fortunate enough to get his first fish on the fly on our last visit and the other was eager to do the same. 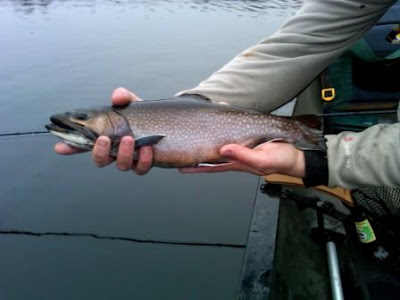 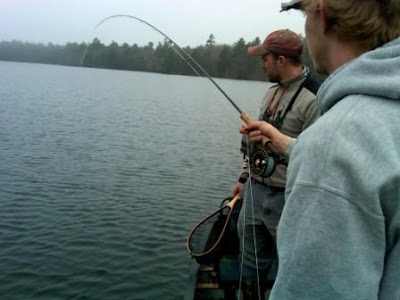 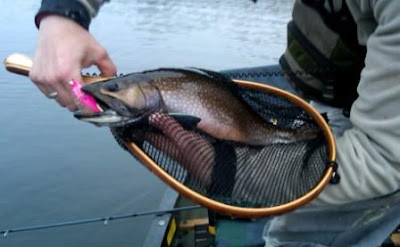 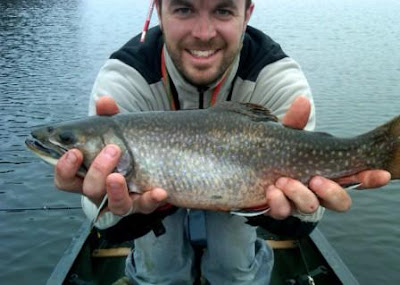 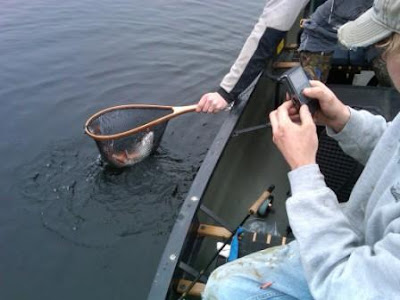 Four nice Brookies came to net, one of which was the first fish tied into by Max. There is something to be said about that first fish that any of us first landed. We never forget it, the panic during the battle, the hours that seem to pass as the fish nears the net and darts away for the fifth time, and the feeling of just having had a quality roll in the sheets when you've landed it, pictures are taken, and the fish released. This battle had it all and I knew that as Max sat and enjoyed a smoke after the battle that he would never forget.

April has been solid for all of us.
Posted by Andrew Wilkie at 9:44 AM

i think the problem was i didn't have a pencil in my hat.