One of the largest lakes in the lower 48 with no road access lies within . A flat 5 mile hike through lodgepole pine forest gets you to the , the outlet, and a pretty wild view of 8,000 acres of water and rolling hills in all directions. These are the headwaters for one of ’s many prize trout streams and a spawning haven for dirty German bruisers.

Although this place can be crowded when the fish are in thick, Luke and I were mostly alone in an unbelievable setting. The few people who did pass through did not stay long as they had little luck and were convinced that fish right out of the lake, charging each other, andjockeying for position over spawning beds would not eat a fly. We assured them that this was an astute observation and indeed true as they continued on down the path.

Fishing was slow, extremely tricky, and frustrating but we managed a handful of takes over 2 days between the two of us on streamers and eggy stuff bounced along the bottom through pods of fighting fish over redds. The last fish landed was 23”, largest brown of the year so far.

Possibly, in a few short weeks they’ll be settled down, mellowed out, and just maybe…get real hungry. We will not be camping again however, the flyvest thermometer was bottomed out at 20 degrees until 9am (no night fishing) and its only gettin colder. 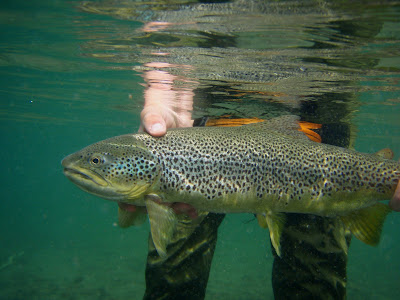 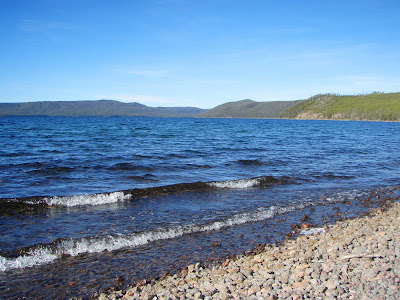 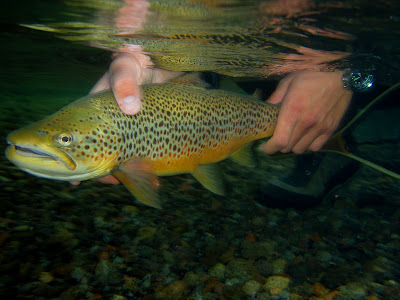 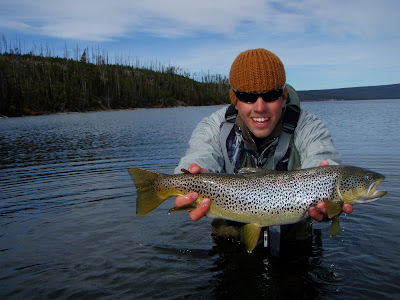 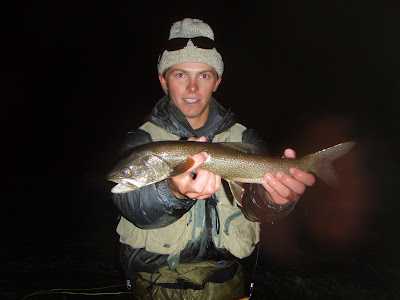 Email ThisBlogThis!Share to TwitterShare to FacebookShare to Pinterest
Labels: Brown Trout, Lake Trout, the spawn is on, Yellowstone

Fuck, Morrell, you're crushing it out there. Well done my man, and that Togue your buddy caught is fucking skinny as shit...ha