The beginning to middle of May marks the time when ponds and lakes in northern Maine lose their ice for the year. For the past 30 years, my father and various collections of his friends have visited the pond in question, in search of large, native Maine Brook Trout. One such large, native brookie resides on the wall in my home in Searsmont; the catch of my father's life. 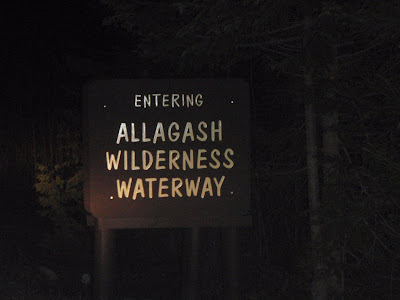 Last year Wilkie and I ventured north to fish this pond with my father and his good fishing buddy John Mitton, or Mitton for short. Travel time to this pond is roughly 7 hours from Portland, so it's a good ways up there. It always amazes me to think that you can drive for 7+ hours and still be in Maine. Wilkie and I got an earlier start this year, and we arrived in camp around 1:30 am, 3 hours earlier than the previous year, and this allowed us to sleep for two full hours before taking Wilkie's new square stern's virginity in the cool water.

Fishing in this pond is slow, to say the least. Over the course of two and a half full days of fishing, I caught three brookies. Wilkie caught two, Mitton five and my father netted seven I believe. All fish were caught on streamers, the majority on the Woodville Special, "Woody" for short. The hog I brought to the boat took a white bead-head woolly bugger.

Fishing is done by either trolling streamers around the shoreline or by anchoring and casting around structure, which, thankfully, there is a good amount of. Rockpiles, drop-offs, points, islands and logs all provided areas that we concentrated our anchored fishing to, and about half of all the fish were caught while anchored. Wilkie and I spent the vast majority of our time anchored, throwing sinking lines, but I will say that we both picked up one fish apiece while trolling on the last morning. In fact, 4 of the 5 fish we landed were caught before 6 am, within the first hour of us being on the pond. This makes for a long day of fishing, especially when you're throwing bead-heads from dawn 'til dusk. 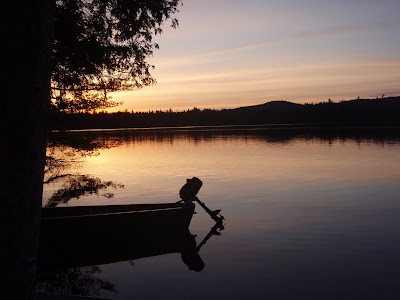 Wildlife sightings: Moose, Deer, Bobcat, Rabbit, Fox, numerous birds and also the first Black Bear I had ever seen in my life.

I finally got around to piecing together some video and pictures from the trip and the video is below. This is my first attempt at some edited fishing video, so please give comments and suggestions. You may notice that there aren't any actual solid hookups on video; the very slow nature of the pond wasn't conducive to such video-ing, but there's some pretty sweet underwater footage and some great pics in there. I hope to make many more short videos like this in the future and I hope that they feature a great number of BFC brethren. The tune's by Robert Earl Keen. Over and out.

wicked video old man. good stuff. you and wilkie are now older and more mature than last year, and arrive at the spot before you have to pack up and head out on the pond! nice move.