You’re nine years old, on summer break.  You’re an only child living in a small town and you don’t have many friends around.  But you’ve bushwhacked to the river behind the house enough times that you know the way to a few deep holes and you just got your first fly rod and reel for Christmas, so a lot of your summer days are spent on the river, by yourself.  You can’t name any of the two dozen flies in your one fly box except the three that you tied: a Mickey Finn, a woolly bugger, and a hare’s ear nymph.  You tie on what you now know as a spent-wing wet fly, for no other reason than you haven’t ever tied it on; you don’t know where you got it.

You also don’t know about water levels and temperatures and how they affect a trout’s willingness to bite, so even though the water is low and warm, you just fish.  You make the boring roll casts your father showed you, but soon you’re trying to aerialize line and false cast, even though you don’t really know how to.  There are wind knots up and down your leader, but you don’t notice or don’t care.

You’ve been crashing around in the river for a while, not seeing any fish as per usual when, out of nowhere a trout that’s probably 8-inches but might as well be 30 chases your fly at the end of a retrieve.  As soon as it appeared, it is gone.  You repeat a curse you heard someone at school say, then look over your shoulder to see if anyone heard you.  You’re now as excited as you’ve been in weeks, and you can’t wait to tell Dad that you saw one.  Maybe you’ll tell him that you caught it.  You spend the next fifteen minutes casting to the same spot expecting, hoping, wishing with all your might that the fish will come back and take the fly.  It doesn’t. 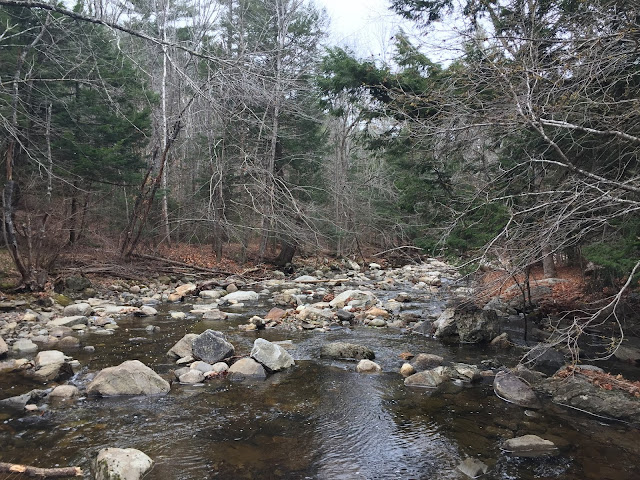 What an enjoyable read. "Maybe you'll tell him that you caught it." Great line.