We had the bugs on the wall dying.

A plan is hatched: meet up, drive there, go fishing.

Las Vegas, an unsuspecting hub for outdoor recreation, especially fly fishing.  The drive to Lee’s Ferry is only four and a half hours from there though; an easy shot for two old friends.  The Strip in the rearview, a glowing dome in the middle of the middle of desert, as you speed away.  Remember the last time we were there?  Barely.

A motel room awaits you and a late night arrival is expected, so when you get there before you think you would, it seems early.  Too excited and wound up to sleep.  The old friend has an old reel that’s really loud.  The two of you wind a new fly line onto the old spool and it echoes off the motel room walls.  You both cringe and giggle as you do this, because you can imagine what it sounds like in the neighboring rooms, but hey, you gotta do it now, you can’t do it in the morning.

Rod pieces are put together, reels are screwed onto reel seats, fly lines are strung, leaders are looped, even flies are tied on.  Packs are packed, water bottles are filled, articles are placed neatly and precisely by the door, so you won’t forget, even though you wouldn’t.  It’ll save you four minutes in the morning and since you only have 12 hours to fish, you do it now at – what time is it?  You need to sleep.

Alarms awake.  Disorientation.  Sit up and stare at each other from your motel Queen beds.  Let’s go!  Quick!  Get to the car!  Don’t let the others get there before us!

A long day on the river.  Then, back to the motel in time to watch the sun go down from your patio.  Après-fishing.  Each moment more than the last.

It’s barely dark and you’re beat.  Tomorrow you will do it again.  In bed, sipping whiskey, watching bad television.  In the morning, you’re told that you fell asleep mid-conversation.

Again, alarms.  As awake as you were when you arrived; it’s 26 hours later.  You realize you don’t have to meet your guide for two hours.  Spend the next 90 minutes pacing, chatting, puttering, packing, checking gear, re-packing, watching the clock, killing time in pre-dawn excitement as thick as when you met at the airport.  We fished for 20 hours over two days but it’s this one specific hour-and-a-half in the motel room, awake early because you went to bed early because you were beat because you stayed up late then got up early, waiting for the right time to go fishing, having a conversation that’s half-incoherent, half-profound, full-hysterical, that I remember most, even though I don’t really remember any of it.  We had the bugs on the wall dying. 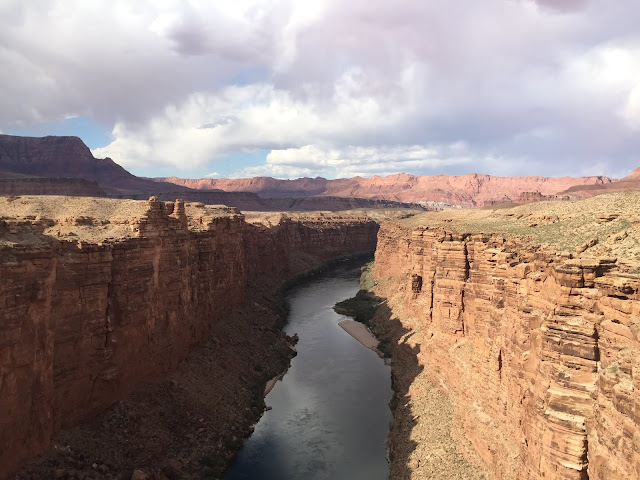 But that was a blast! Any humpback chubs come to net?