Last Tuesday night, to my surprise, I learned that my company was shipping me out to Seattle for a 3 day networking stint. When scrambling to get my shit together later that night, it dawned on me that a BFC diehard currently lives out there…one who I had never met before. Jesse Robbins.

After a long flight out there and all of the work stuff had reached its much desired end – I hopped on the ferry over to the beautiful, Bainbridge Island. 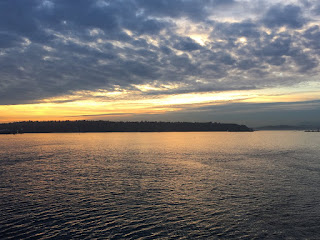 Jesse picked me up in his white four-door Toyota Tacoma at the ferry (I distinctly remember his truck because I had approached a different white four-door vehicle in the parking lot, which was owned by a guy named James. Irrelevant, but kind of funny). Thankfully, Jesse and I finally located one another, hopped aboard his fishing machine of a vehicle and the exchange of BFC stories ensued shortly thereafter.

Once we stepped foot into the factory, it was clear to me that Jesse was completely in his element. 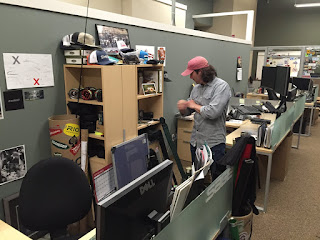 I noticed right away the high ceilings throughout the office to hold everything from 9' to 14' spey rods, which was awesome. He walked me through the process, from start to finish, of how their brand makes such a high quality fly fishing rod. Insanely cool. No pictures of the manufacturing process, though – let your mind run wild.

We got beers and pizza at a local pub in Bainbridge (the name of the place is escaping me). Good to see that the bartender knew Jesse by name. 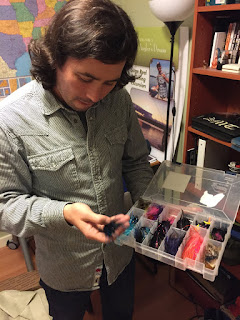 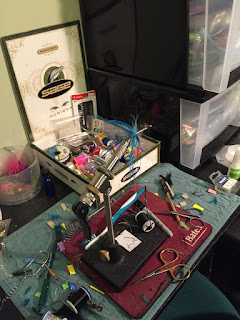 Jesse pulled out an old Salmon River video that was hilarious to watch and put in perspective what the BFC was like in the 2000s. The movie looked like absolute chaos; someone was dying someone else’s hair? Keith was wearing vibrant red colors on the river, Wilkie was hoisting hog steelhead up to camera with an evil grin. That video is gold.

When I took the ferry back to Seattle that night, there was a local harvest of squid right off the dock. It was a scene...hilarious banter coming out of that crowd. Wish I had a chair and a PBR because it was quality entertainment. 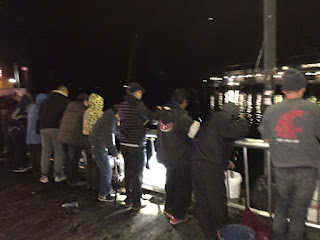 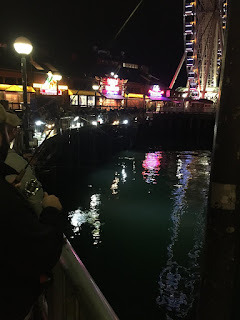 Some more pictures of Seattle: 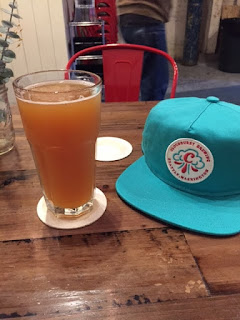 Cloudburst Brewery...and I definitely can't pull off that hat. 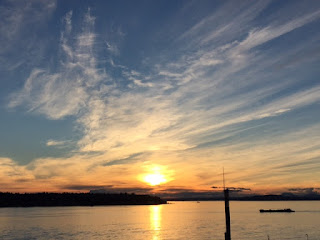 I had Friday to myself in the city and Jesse recommended I check out a fly shop called Emerald Waters in West Seattle. One of the guides lent me his 6 wt. and pointed me in the direction of a local park for sea run cutthroat. A few porpoised in the distance and one jumped right in front of me, but no dice. 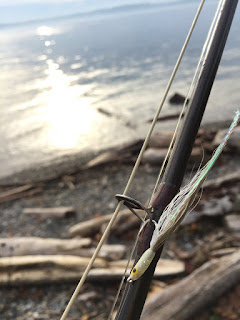 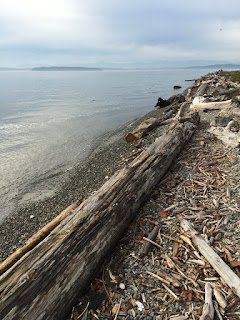 Great to meet you Jesse and thanks for the hospitality out there – can't wait to get out on the river next time!

The pleasure was all mine, sir. 'Til next time!

I like this a lot. And this is why I love the BFC. Well done boys.

I'll also add that on Andy's tour of the factory, he asked for clarification on which rod ferrule was the female one.