Been awhile - like years - since the last post of mine.  Apologies there, but a buddy of mine got a 21-foot regulator over the winter and finally got a chance to put it the water at the beginning of May.  After naming it, working the kinks out, and doing some test runs on his own, he asked if I wanted to come out Memorial Day Weekend to do some exploring/fishing off the east end of Long Island. 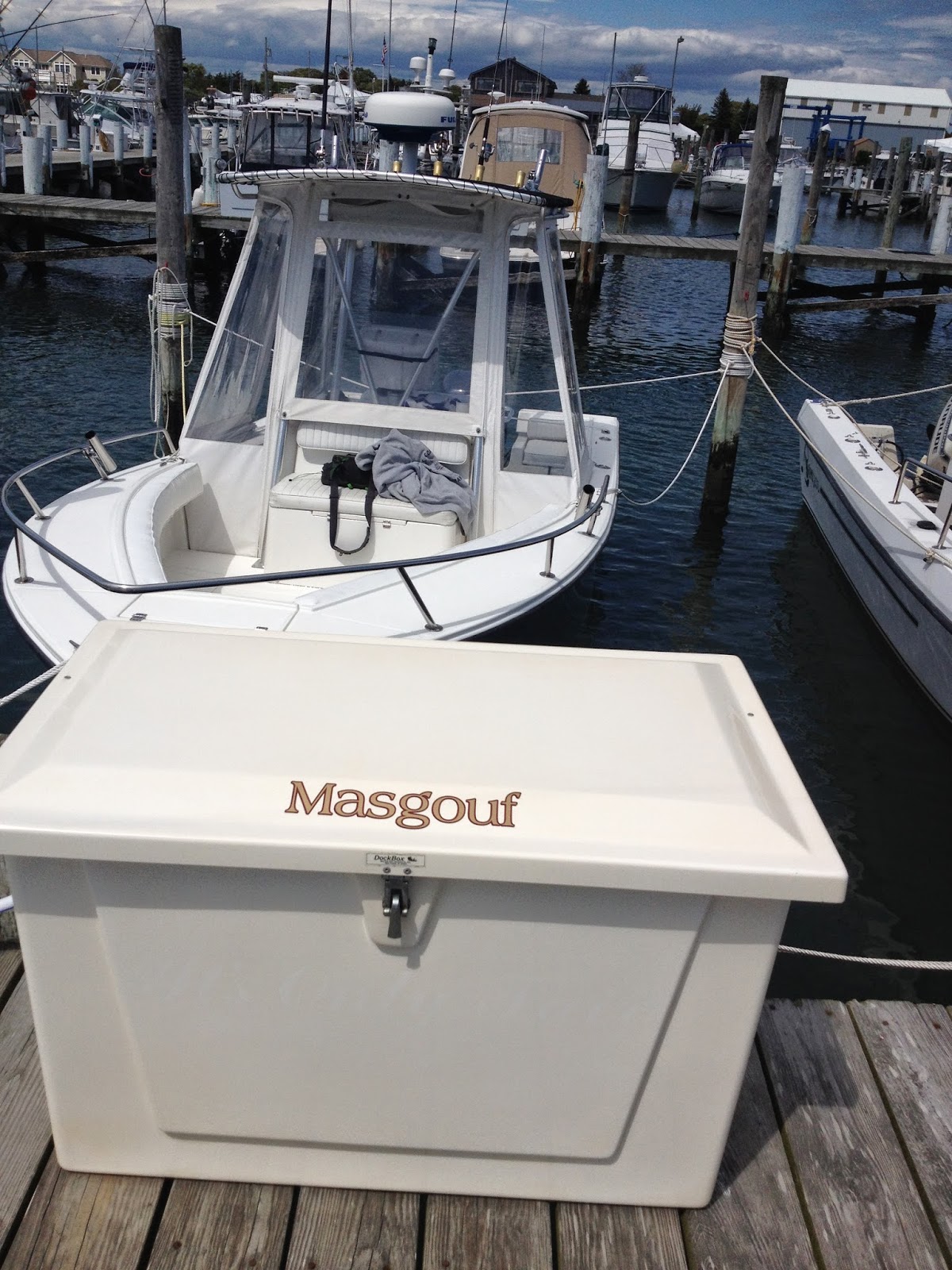 With dinner plans looming, we had time to head west along the north shore of the island to see if there were any stripers running to this lagoon that typically holds fish.  We caught the tides wrong and after a few casts an impending storm cut our afternoon short. 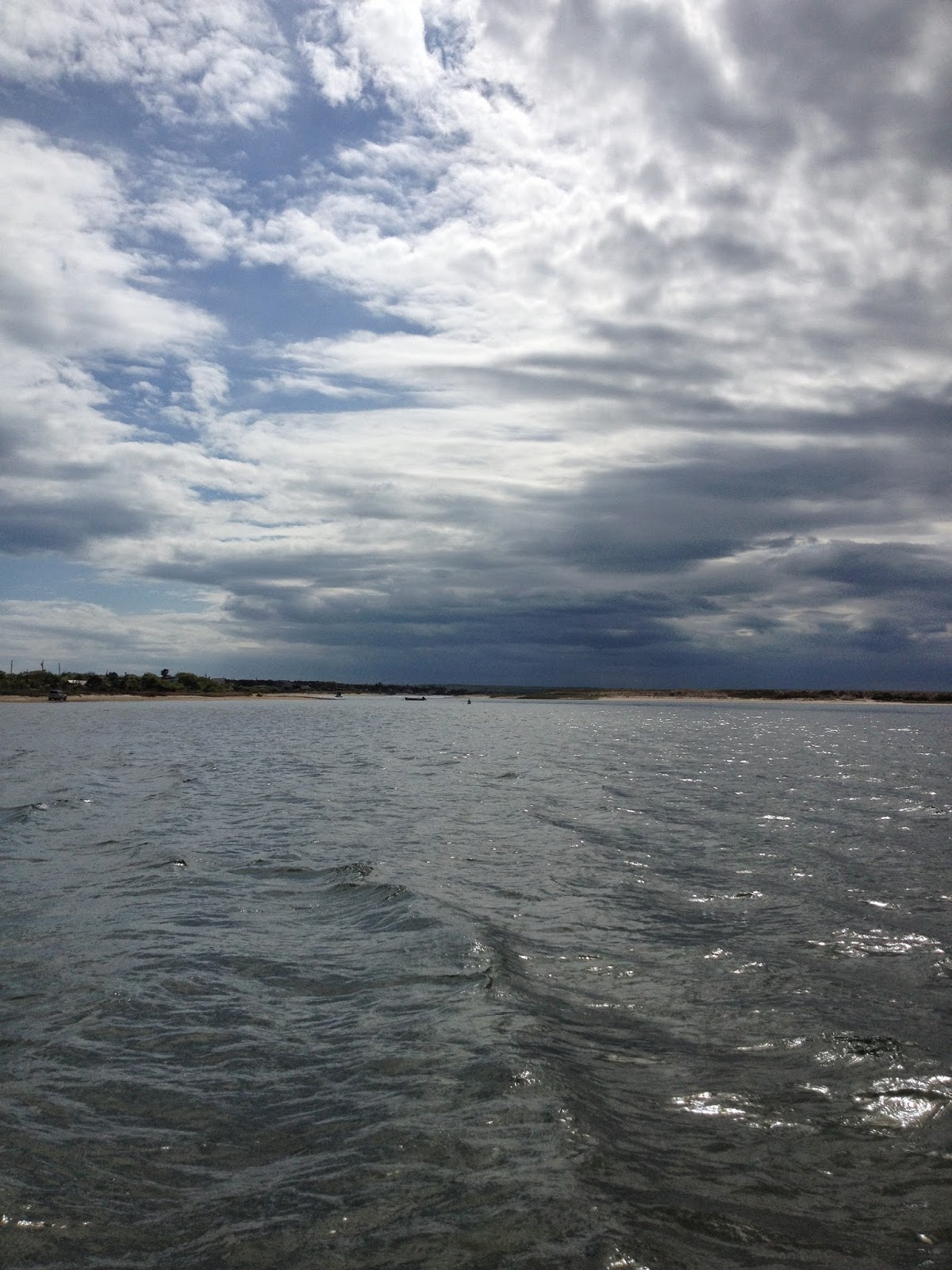 Over a few Pacificos, we determined a strategy for the next day that had us leaving the dock at about 9:30. We were going to head out by Montauk Lighthouse on the Sound side and hammer the bottom for some fluke and bring gear just in case we come across some blues.

Bagel sandwiches purchased and beers on ice, we were on time and made it out to the Sound only to meet a wall of fog that left visibility to about 50 yards or so. At least I didn't have to worry about sunburn for the morning.

Dropped the spearing and squid down to the bottom and the tides were ripping - I caught the first fluke of the day on that first drop...not too shabby. An inch or two short of keeping, we tossed it back. A few minutes later, Alex - the trusty cap'n - reeled up a nice 4-lb doormat. It's one of these guys in the picture (not positive which one though). 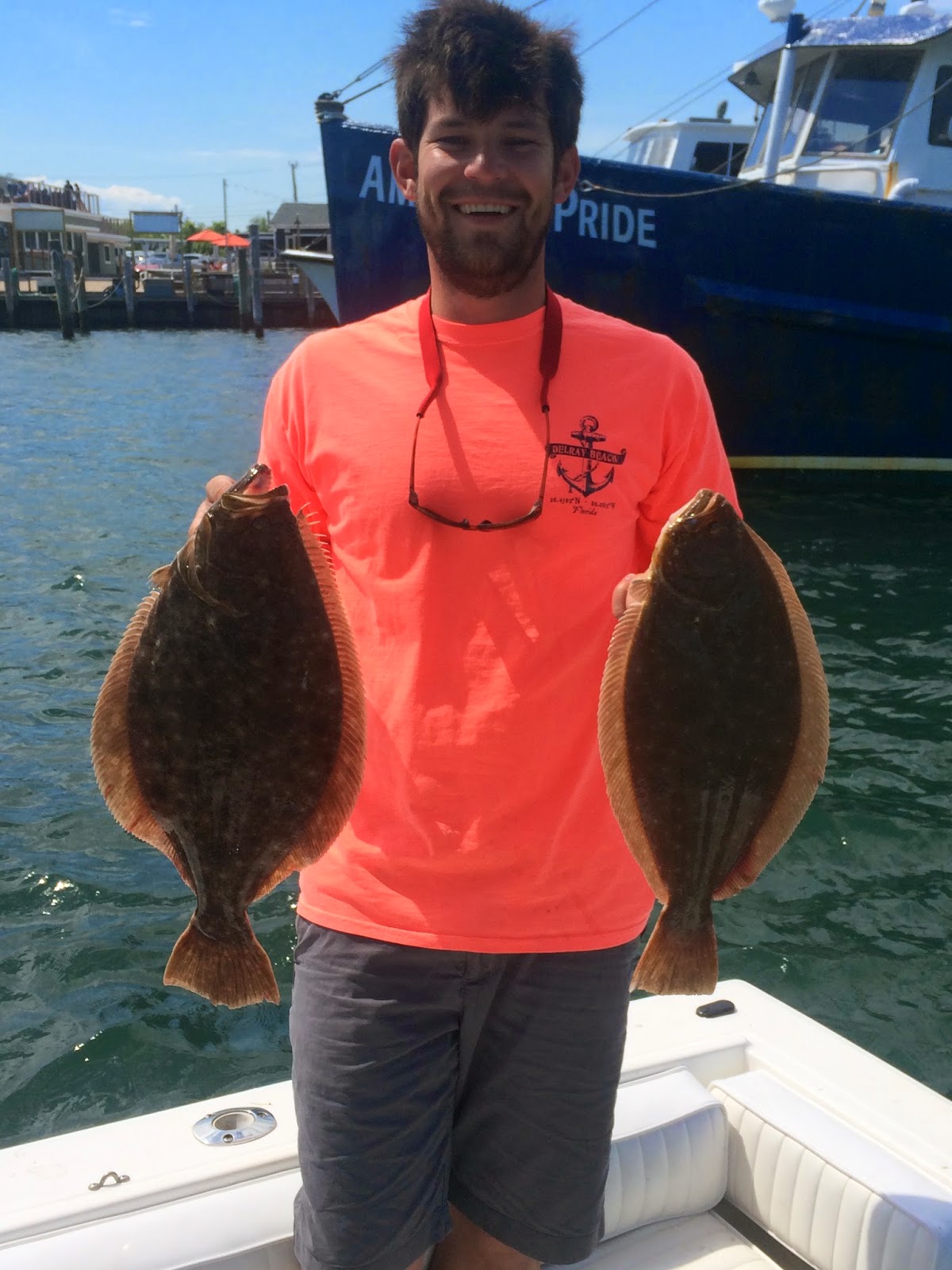 The fog started clearing and we saw a nice ball of bait fish coming to the surface...being chased by those blues we had hoped to find.  We tossed all sorts of tackle at it, but nothing took.  Got a couple of chases, but nothing more than that. So around the point we went and set a nice drift on the ocean side of the island.

That's where the fun began. We were watching the fish finder and we came to this one spot where there was something coming up off the ocean floor - just a nice little ridge and we fished the shit out of it. The tides were stronger and kept our bait from hitting the floor, so we tied on some extra weight and it seemed to do the trick. We drifted over this ridge maybe half a dozen times and each pass rewarded one or both of us with some nice fish. With one keeper in the live well, we wanted more. By the day's end I landed two more big-ass fluke and tossed 'em in the bucket - one a tad over 4 lbs. and the last one a solid 5 lbs. 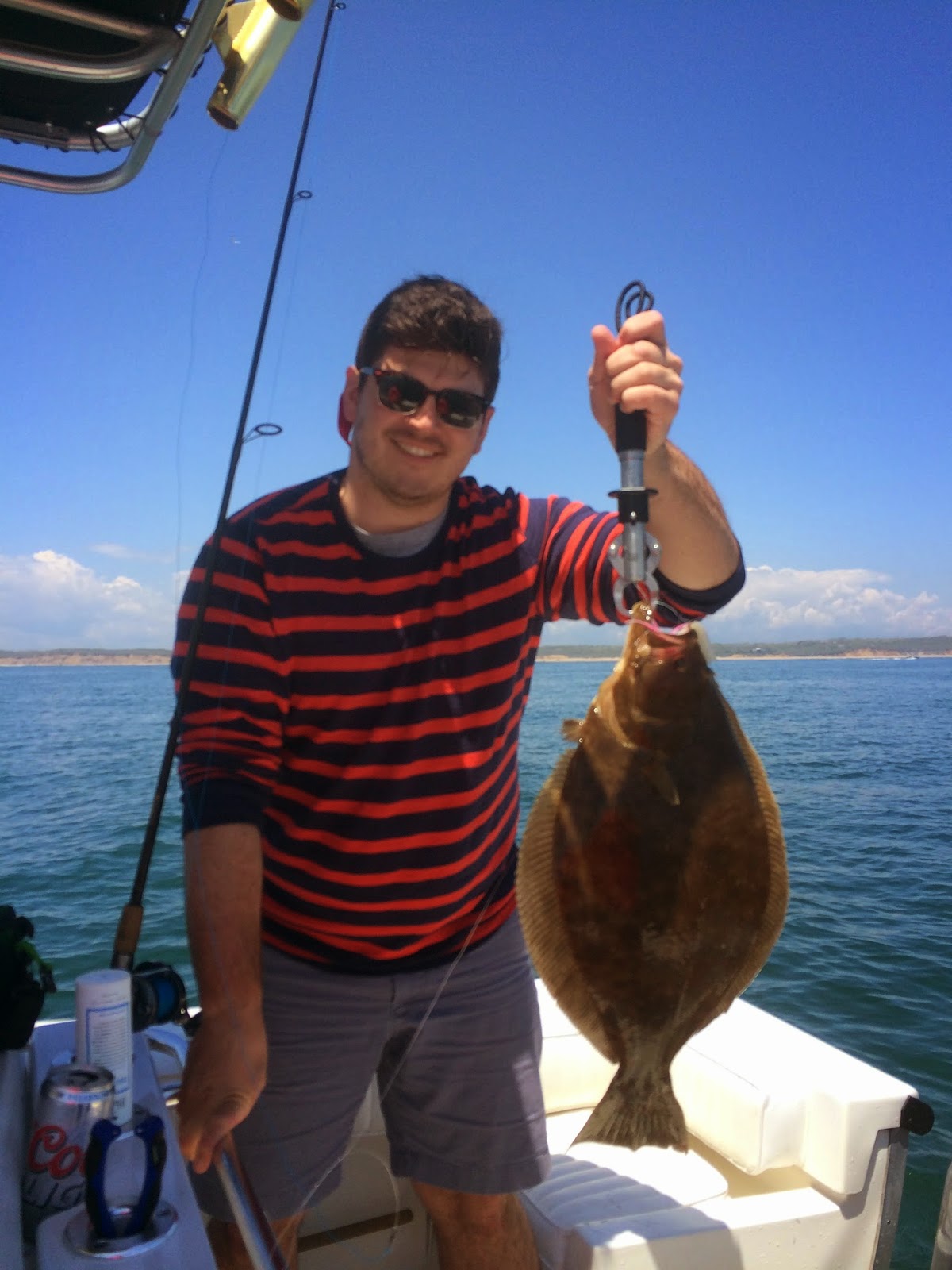 All told, the three keepers tipped the scales at just over 13 lbs. and combine that with the 7 or 8 other fish we caught, it was a pretty good Memorial Day Weekend.

Likely heading out again this weekend unless work gets in the way - here's hoping for similar results. 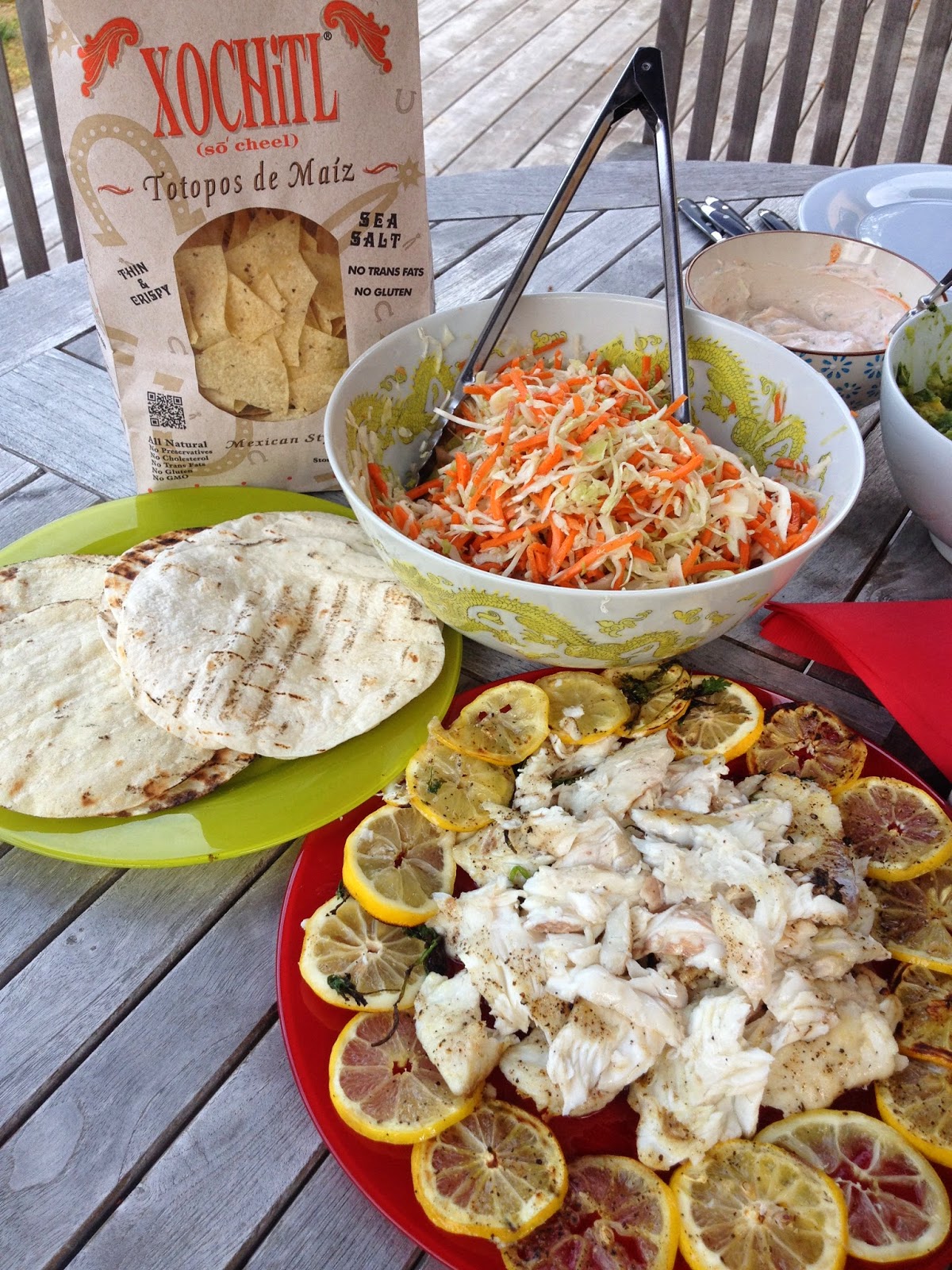 Posted by Dylan MacLean at 3:08 PM

That'll do! Good on ya Dylan!

Fluke, it's what's for dinner