As I approached the tailout I could feel my pulse start to quicken, my Steele sense tingled. A tension settled over me, my muscles taught with anticipation, nerves like a string of Black Cats with the wick sizzling expectantly. It looked soo good. It swung soo beautifully there's no way it wasn't going to happen there. My physiological reaction was merely the byproduct of this greater realization - there are times when you think a fish should be somewhere, and there are times when you know a fish is somewhere. I trusted my accelerated heart rate as the latter.  I made the motions deliberately, mended all the way to the fly, and let the current guide it down along the seam and into the trough. I hardly had to do anything else it fished so well. Next cast, same routine, the anticipation building. Another cast. Then another cast. And another. And another. I could clearly discern the shape and color of the rocks on the bottom, and if I could do so then there was no way any fish in the tailout would've missed all 462 casts I made after that out of desperation, unwilling to let that feeling go, unyielding to the passing moment.

It was a false-positive. An affirmation that you are doing everything correctly and so well that you just know that you're about to catch a fish. Only you don't. The moment builds just like every other one before it, ripe with promise and potential, then passes cold and tasteless. Is it me? Is it the fish? Is it my fly? Is it the weather? The flows? The cloud cover? The aspect of the Sun to Mercury in a Taurus house after a waning blood moon?? All I knew was that it was beyond me, that no matter how hard I tried I was still doing something flagrantly wrong to the fish. My humble and desperate pleas to the fish gods fell on deaf lateral lines. People around me hardly even caught fish, so I really started to wonder if I wasn't the jinx, if I was bad juju for the people I fished with. I still don't know.

I do know that I spent 33 days on the water between some local rivers and half a dozen excursions to the coast. I landed five fish in total, and lost only two. Of course the two I lost were the biggest, freshest fish I have encountered to date, but sometimes that just how it goes. I only saw three other fish hooked by people I was with, and two of those were landed. I spent some quality time getting to know new people, and I spent more than my fair share of time on the water for someone's whose understanding wife supports the household. I know that I love the woods and the waters that Steele haunts, and I love knowing that somewhere out there waits a fish for me next season, next trip, next cast.

Here's a brief synopsis of those excursions, accompanied by a few images from each.

Trip I - My job ran out, my buddy from Montana drove out, and we went fishing. Along the way we picked up a weathered soul, that dirtbag with dreadlocks from the Trout Bum Diaries, Ryan Davey. He's a good dude. 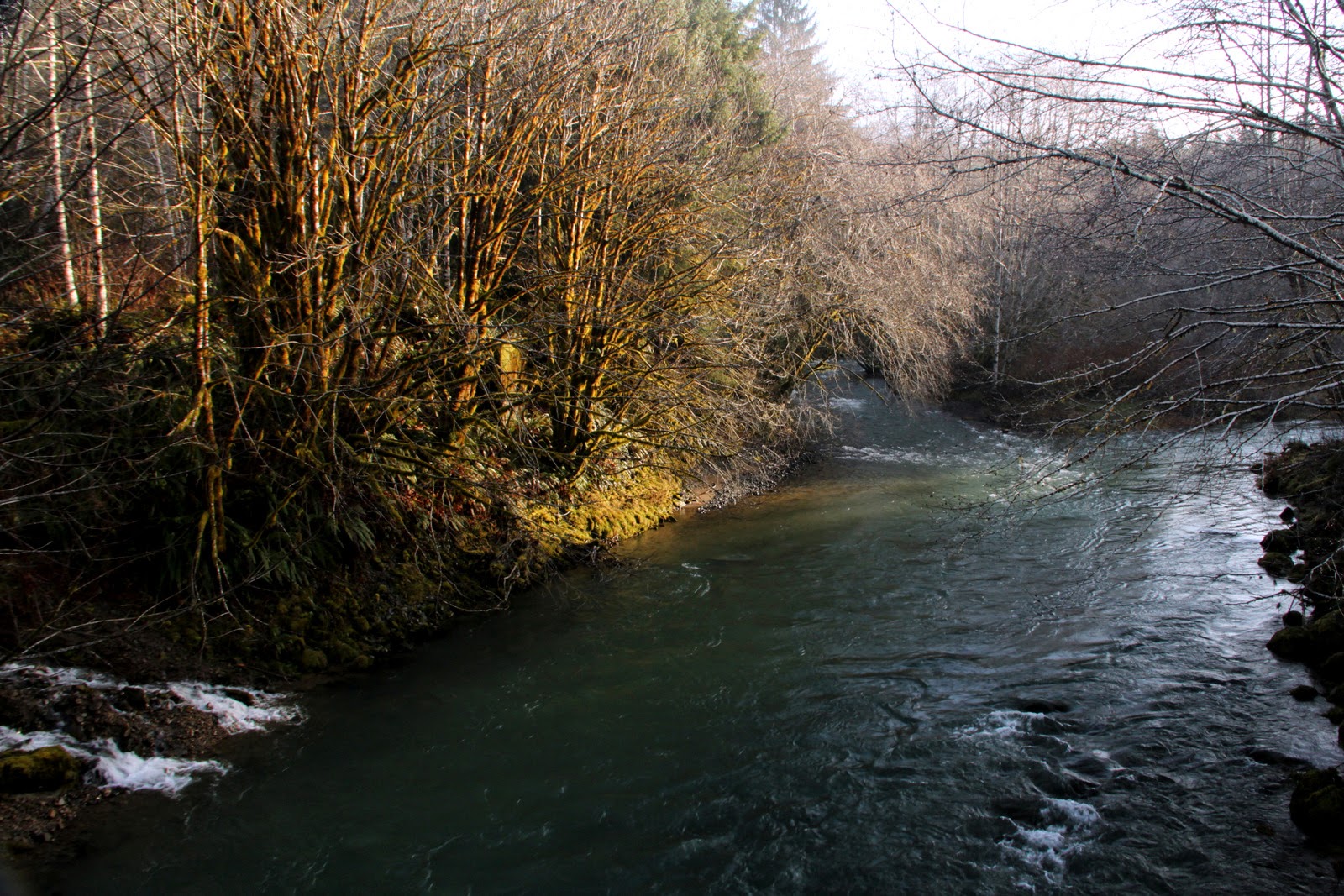 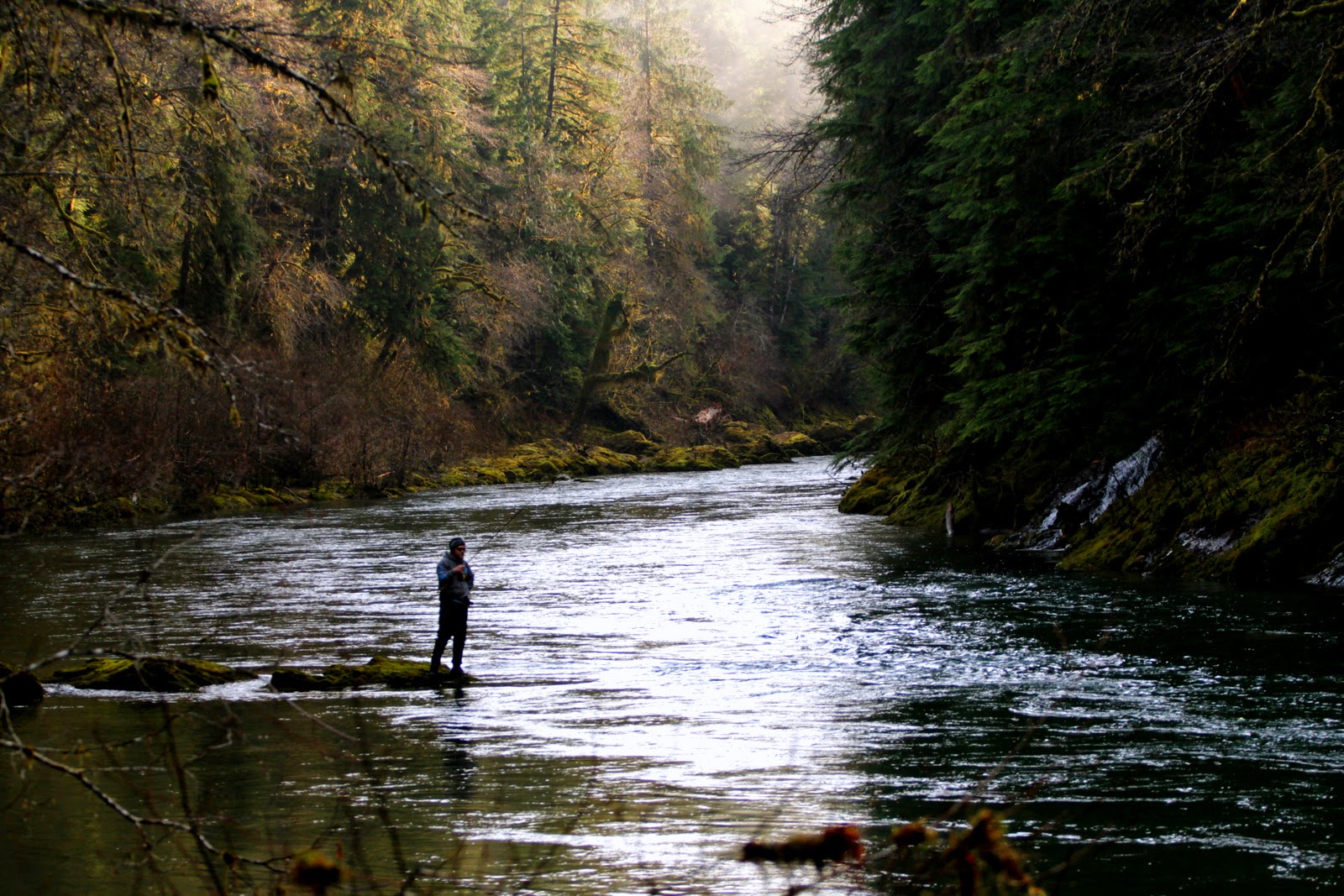 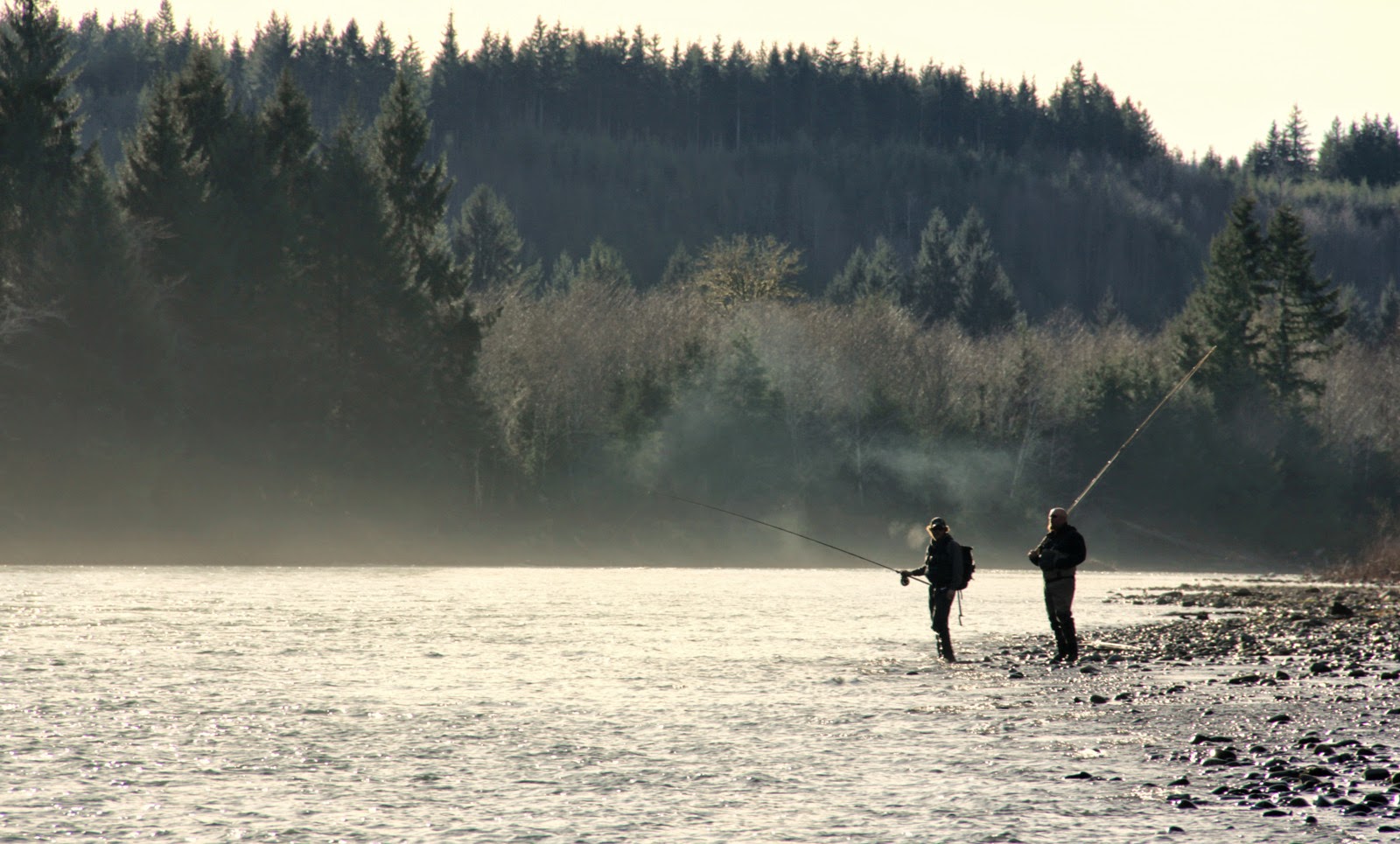 Trip II - I had plans to cruise out to Seattle and hook up with Ryan again, until someone pulled fifth wheel and tagged along for the adventure - Clyde. It was with Clyde that I landed my first fish on the swing, a hatchery kelt. A victory nonetheless! Later that same afternoon I swung up my first bull trout, too. 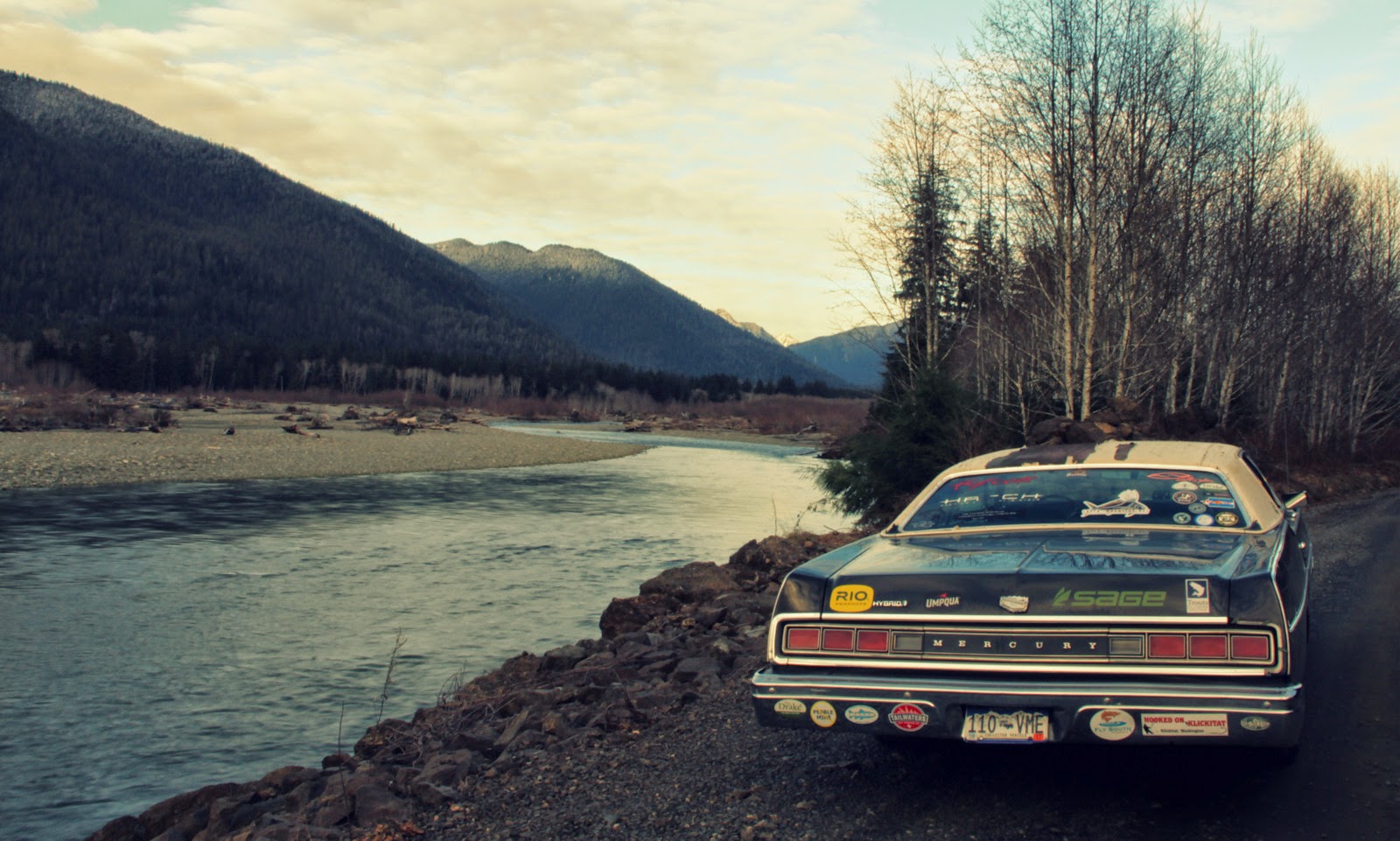 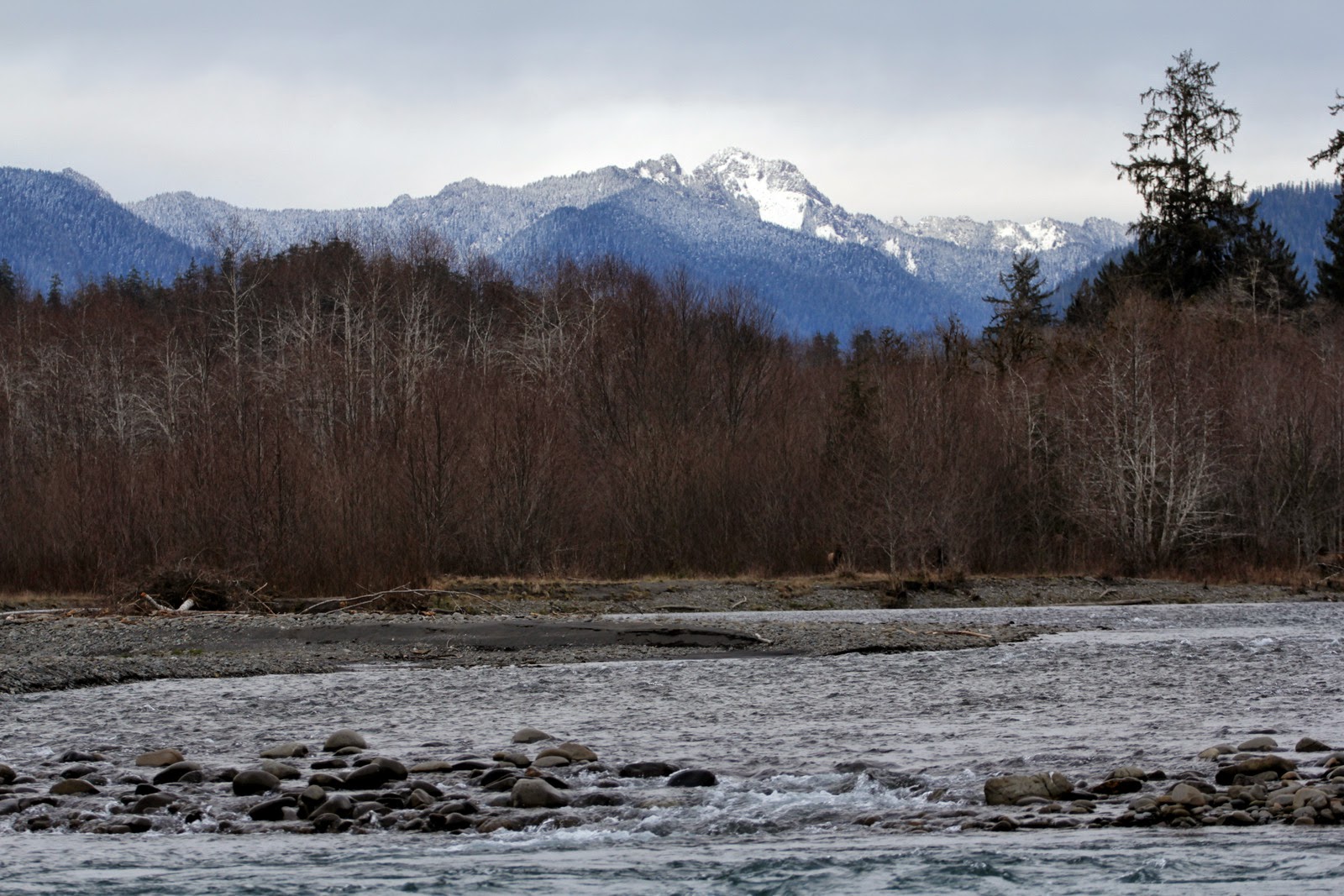 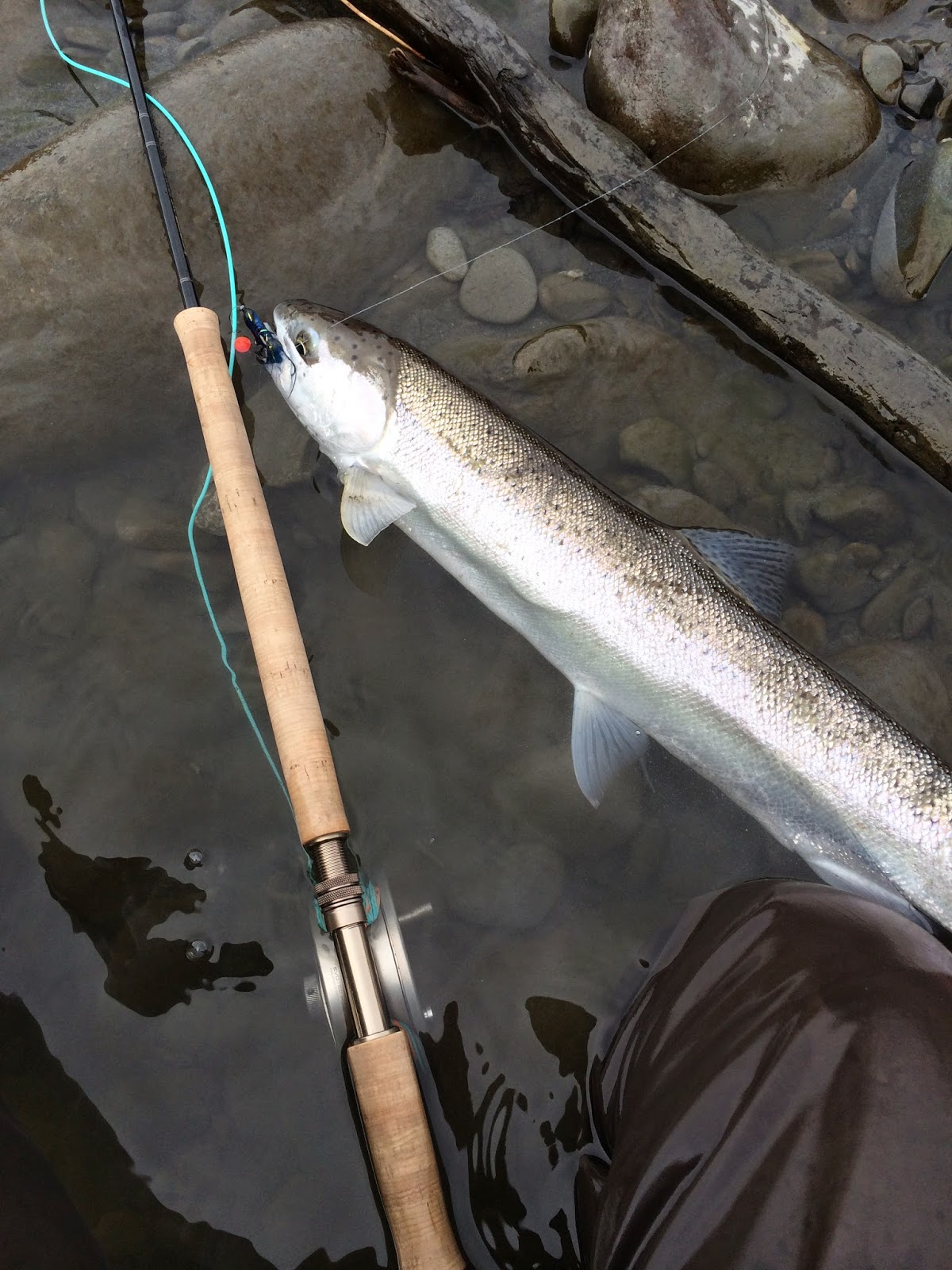 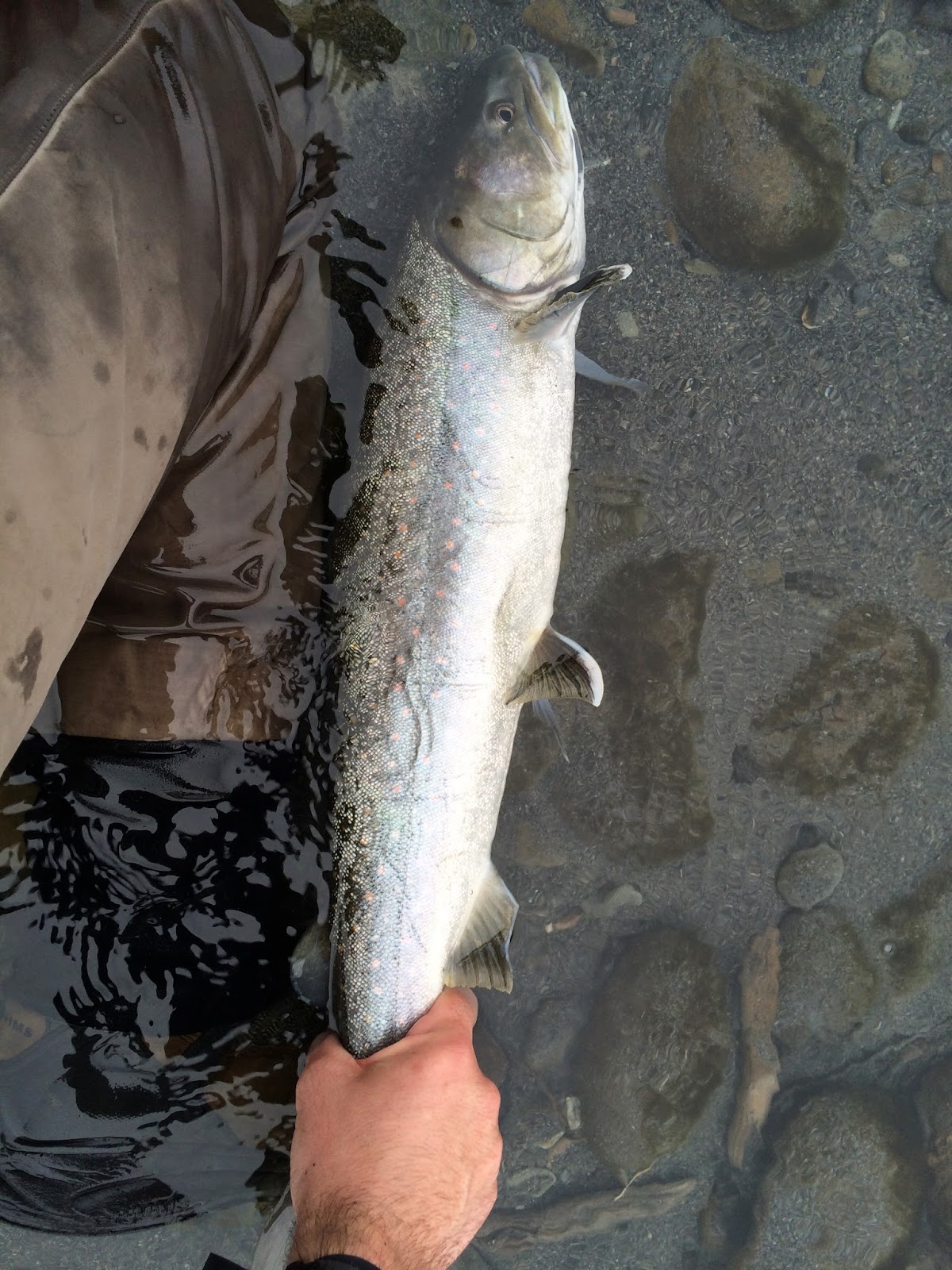 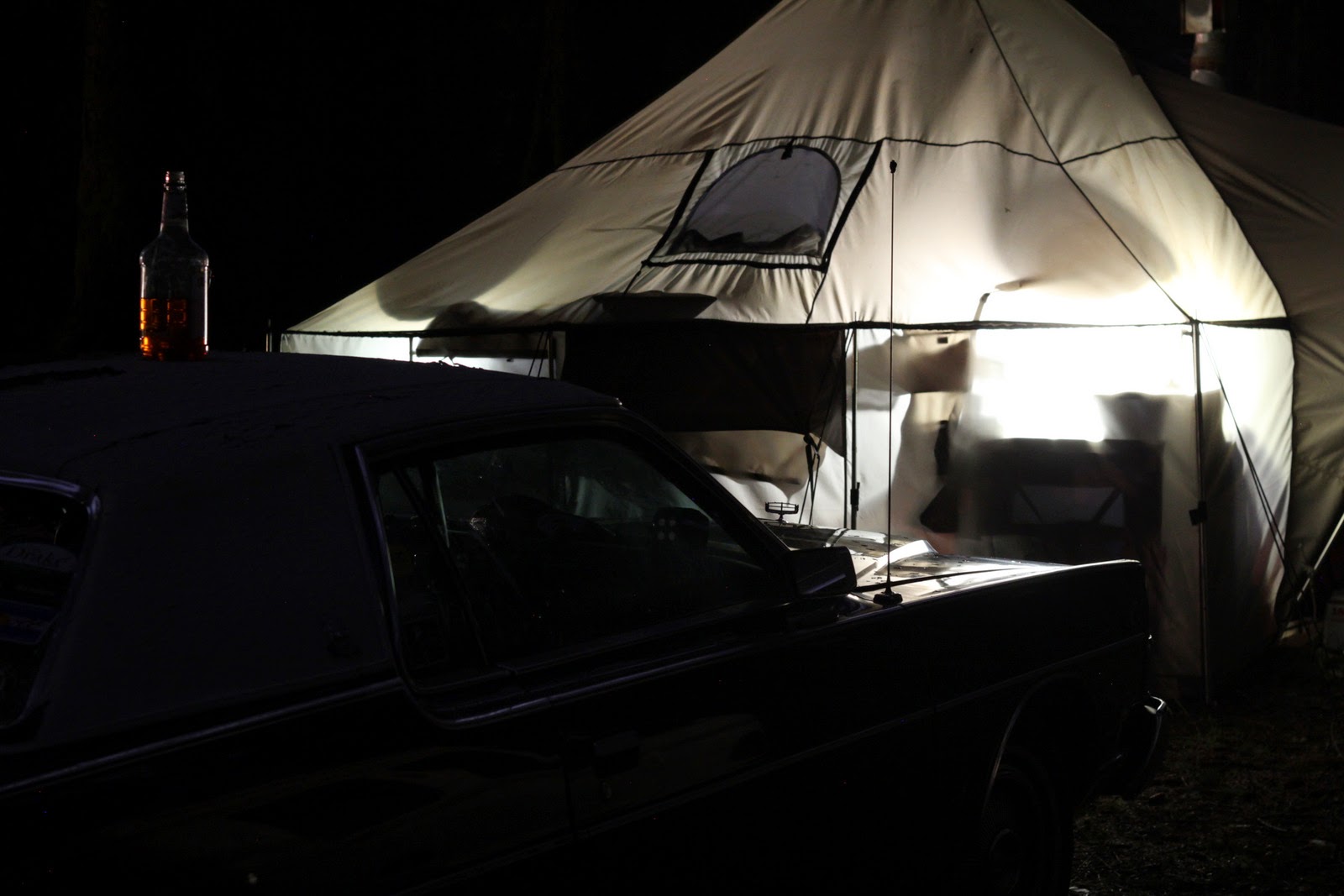 Trip III - Six straight days of floating with Capt. Davey. We each landed one fish, we each lost one fish. 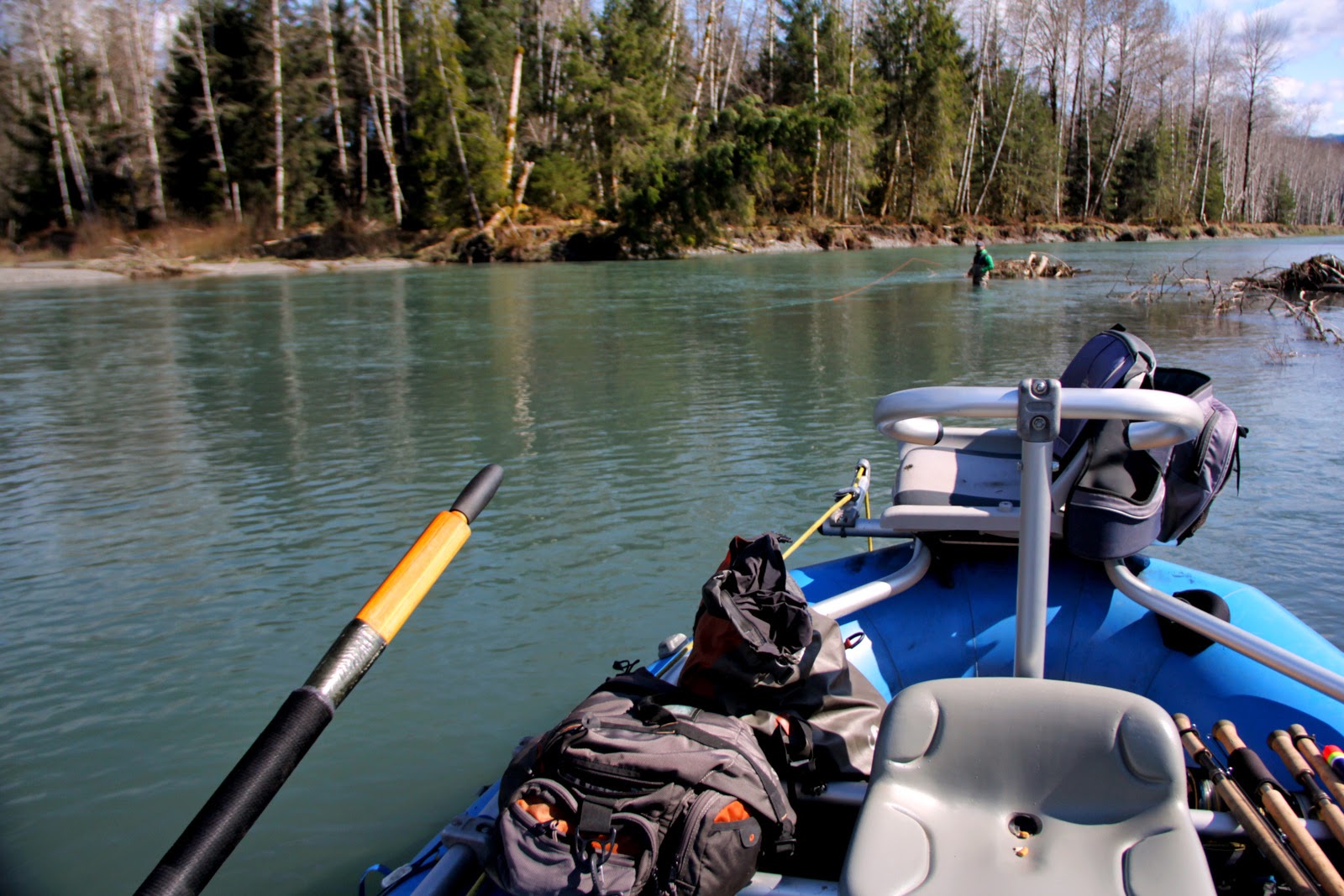 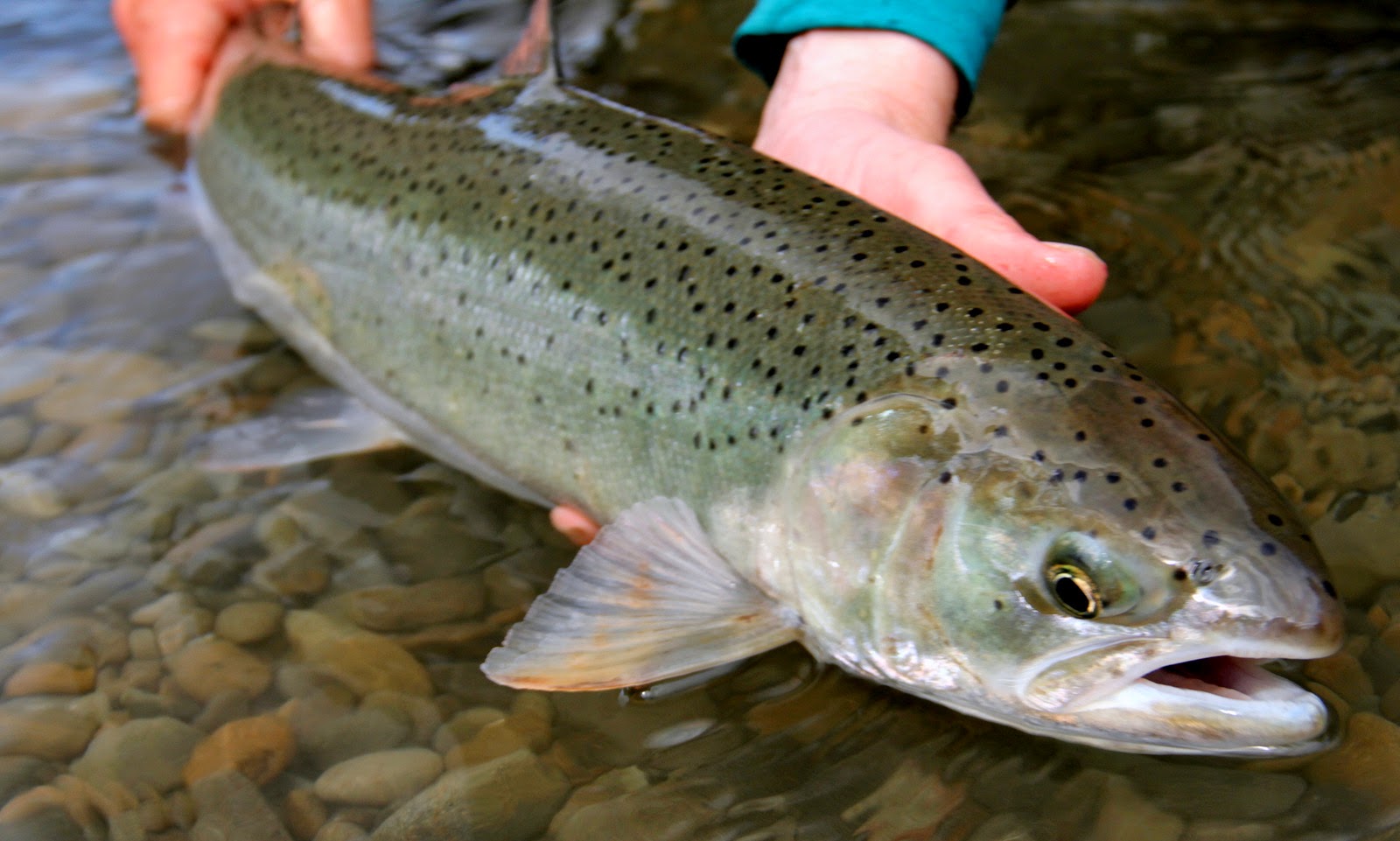 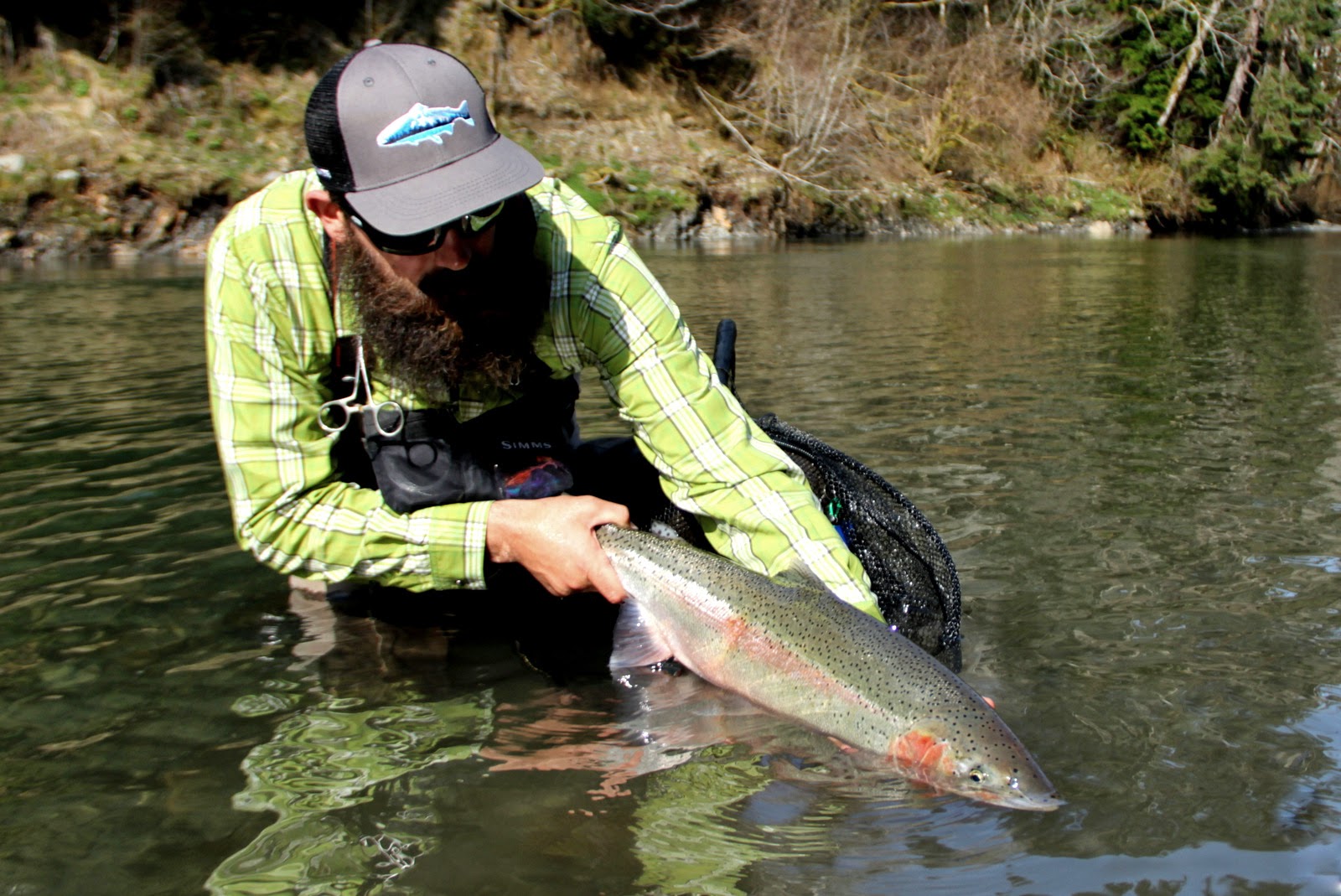 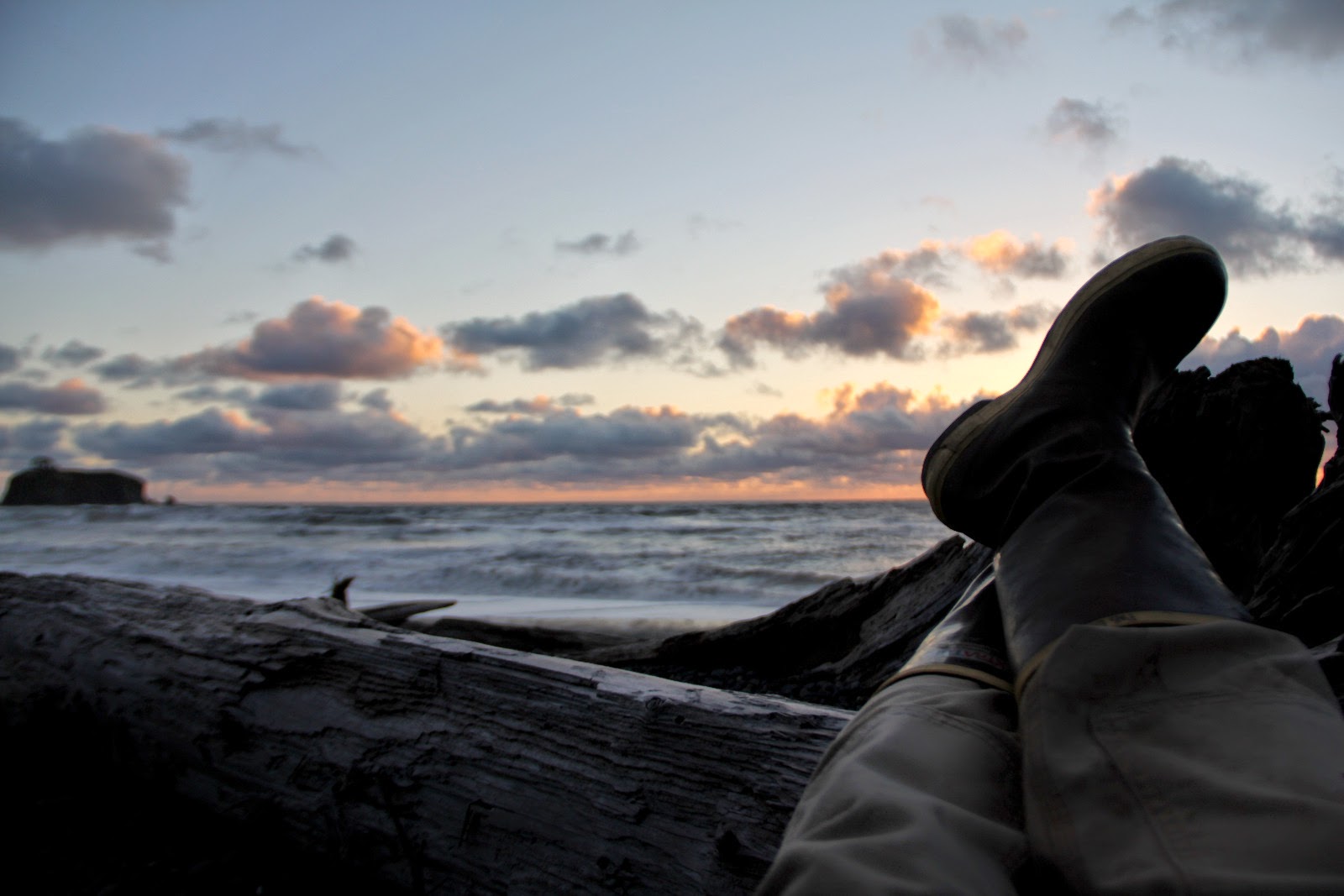 Trip IV - Ariel and I tagged along with Jesse and a couple of his buddies from Santa Fe. We camped and fished and ate and drank and were merry all the while. 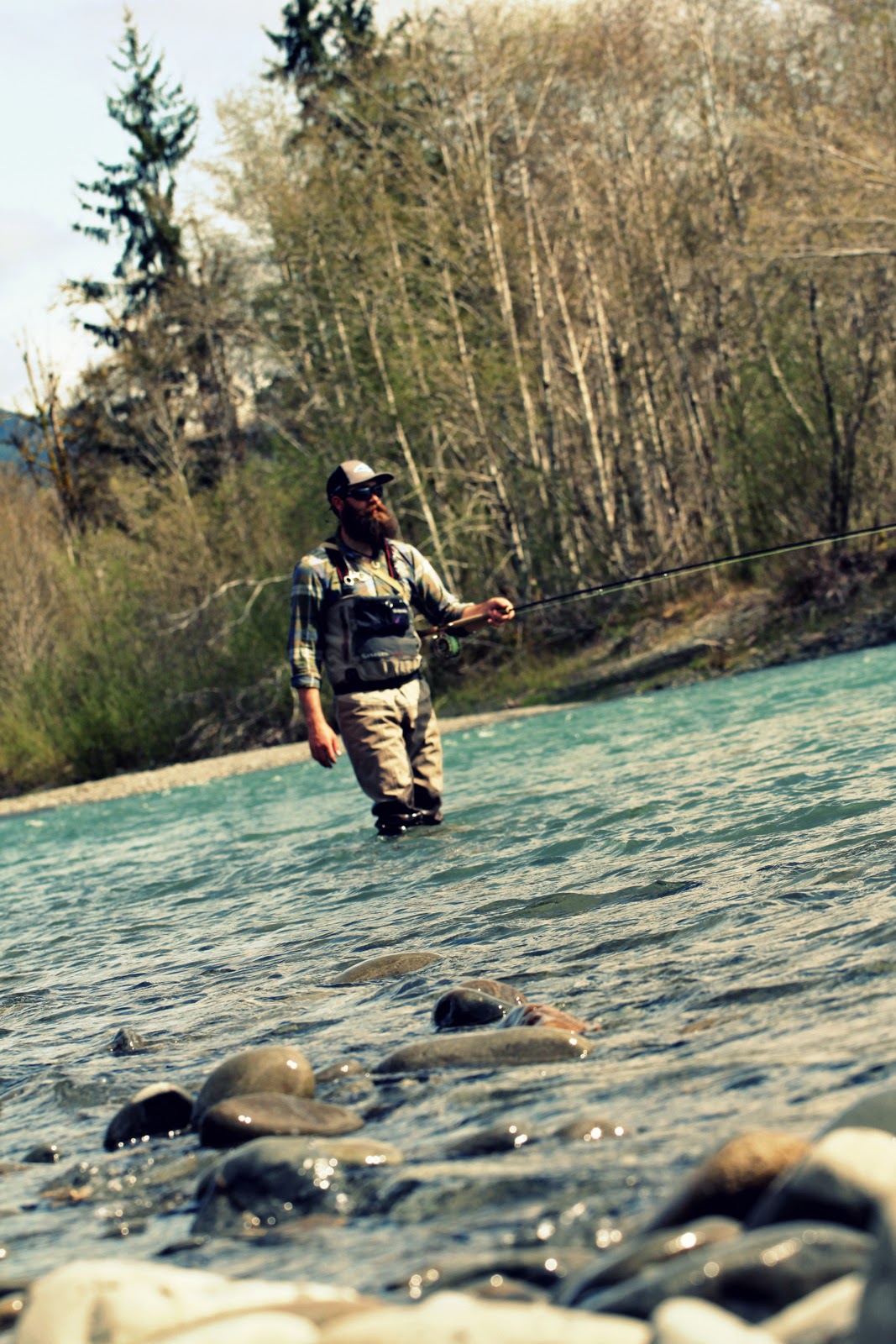 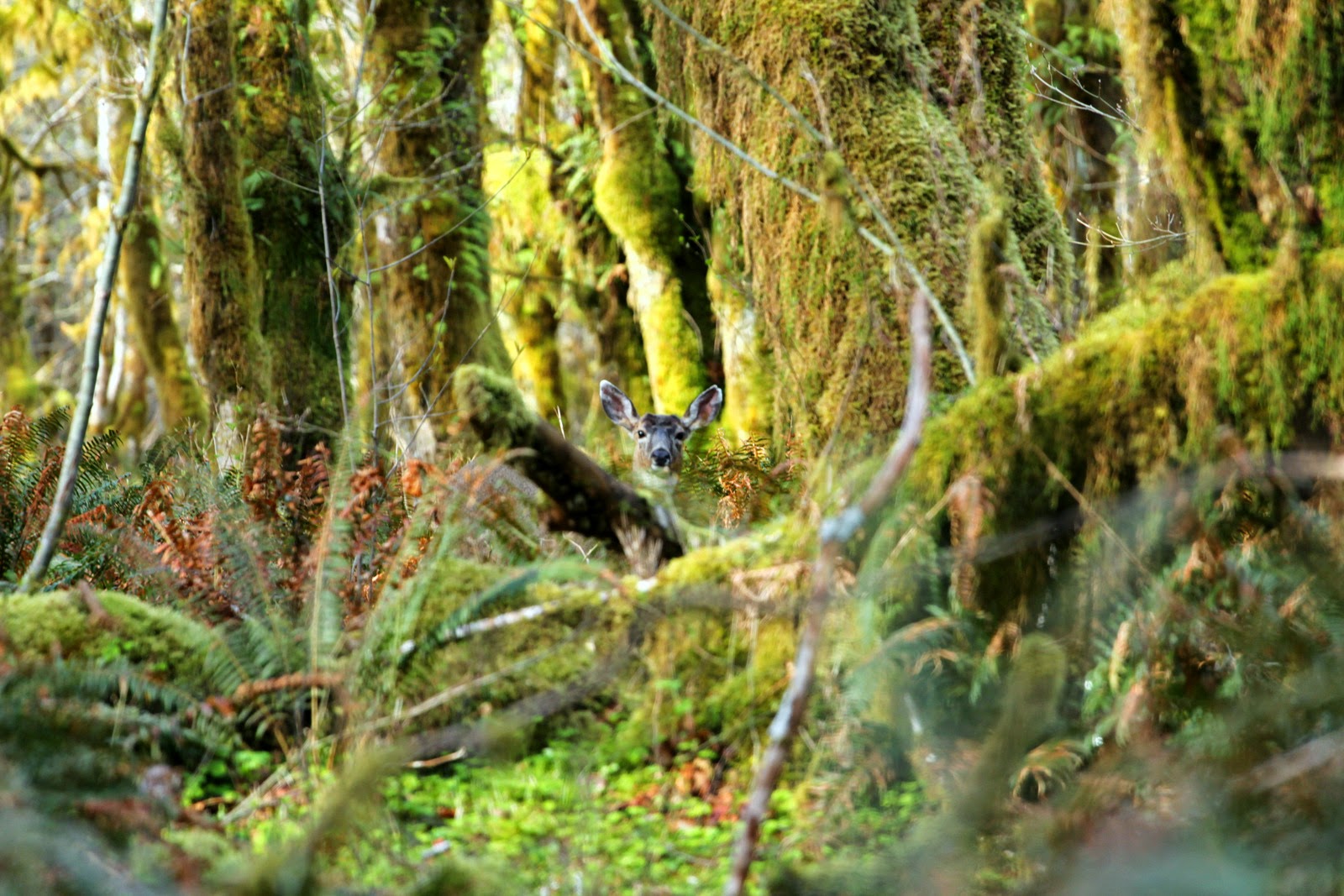 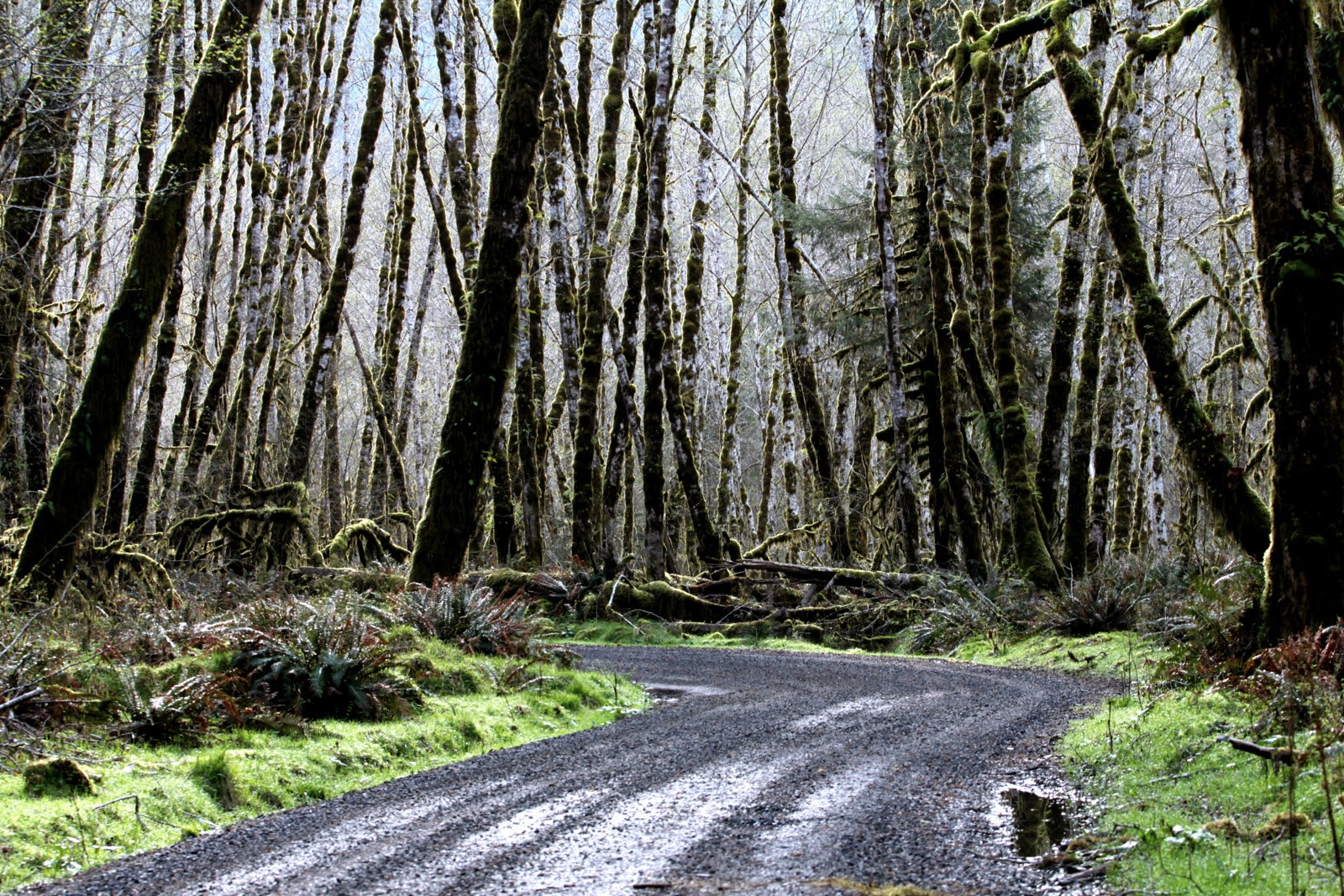 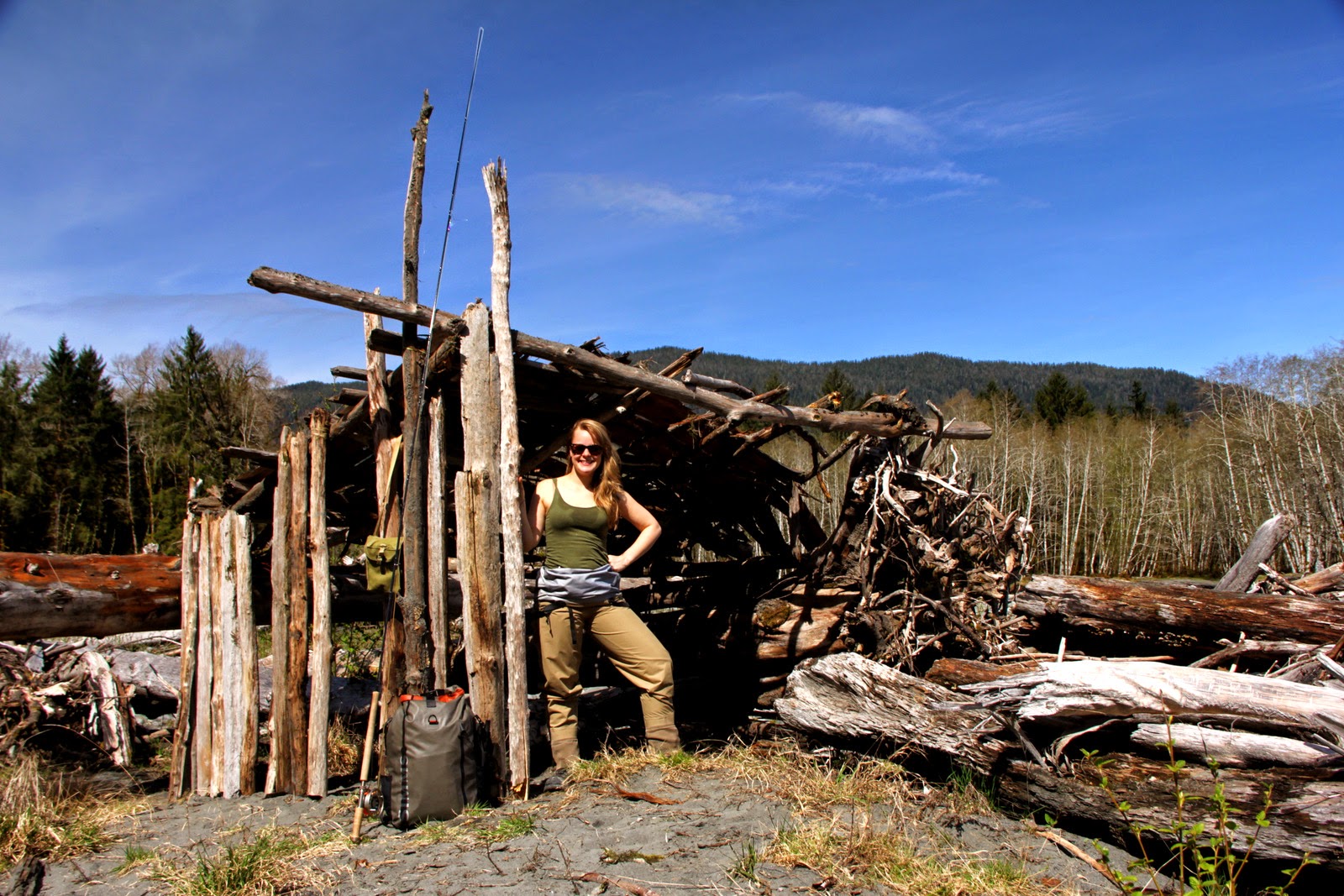 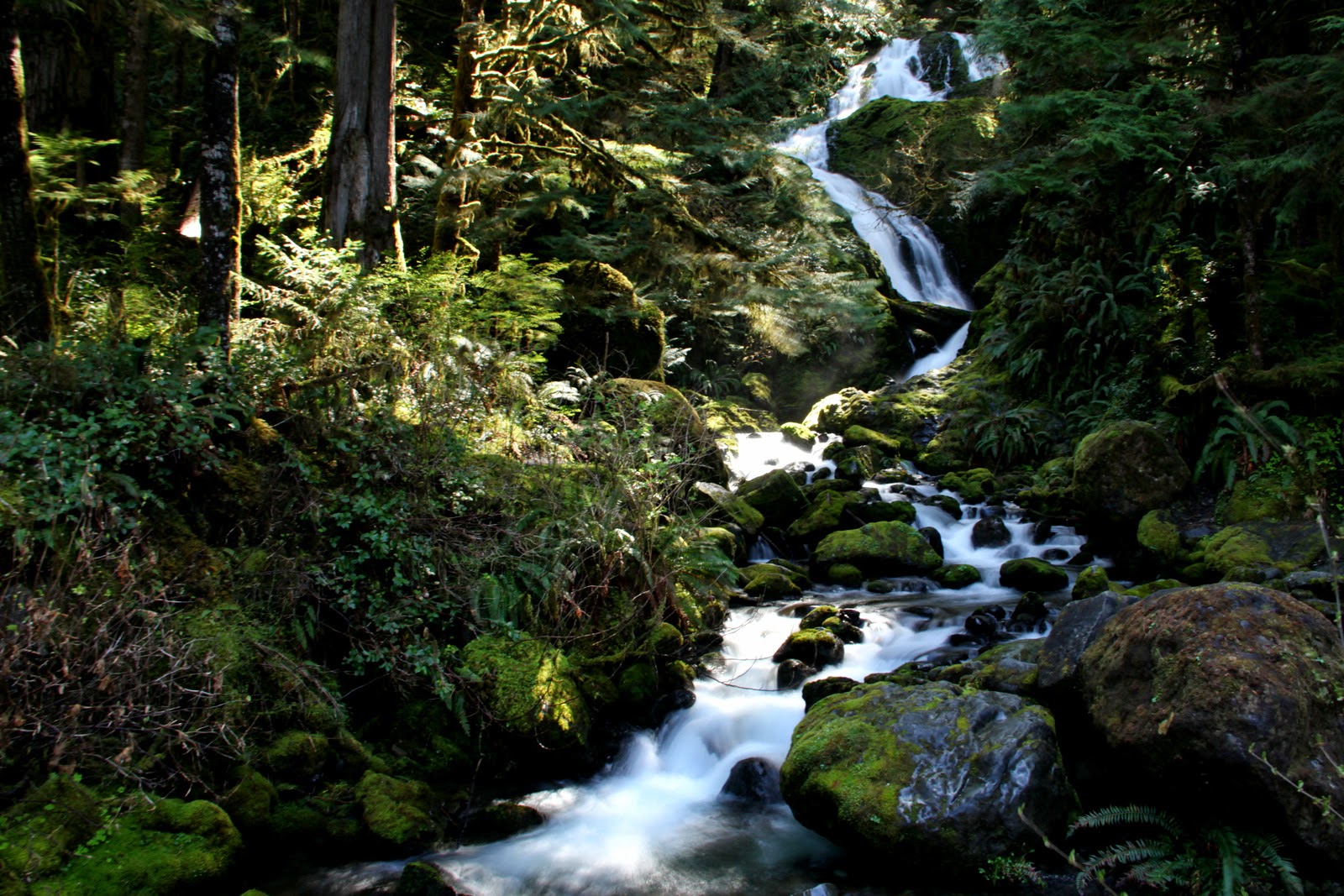 Trip V - Some very serious late-season swinging was done. Doug found a fish. The springers were also starting to show up, which can make it frustrating when you see three fish roll in the run but still proceed to touch nothing. I'm warming up to the cold shoulder now though. 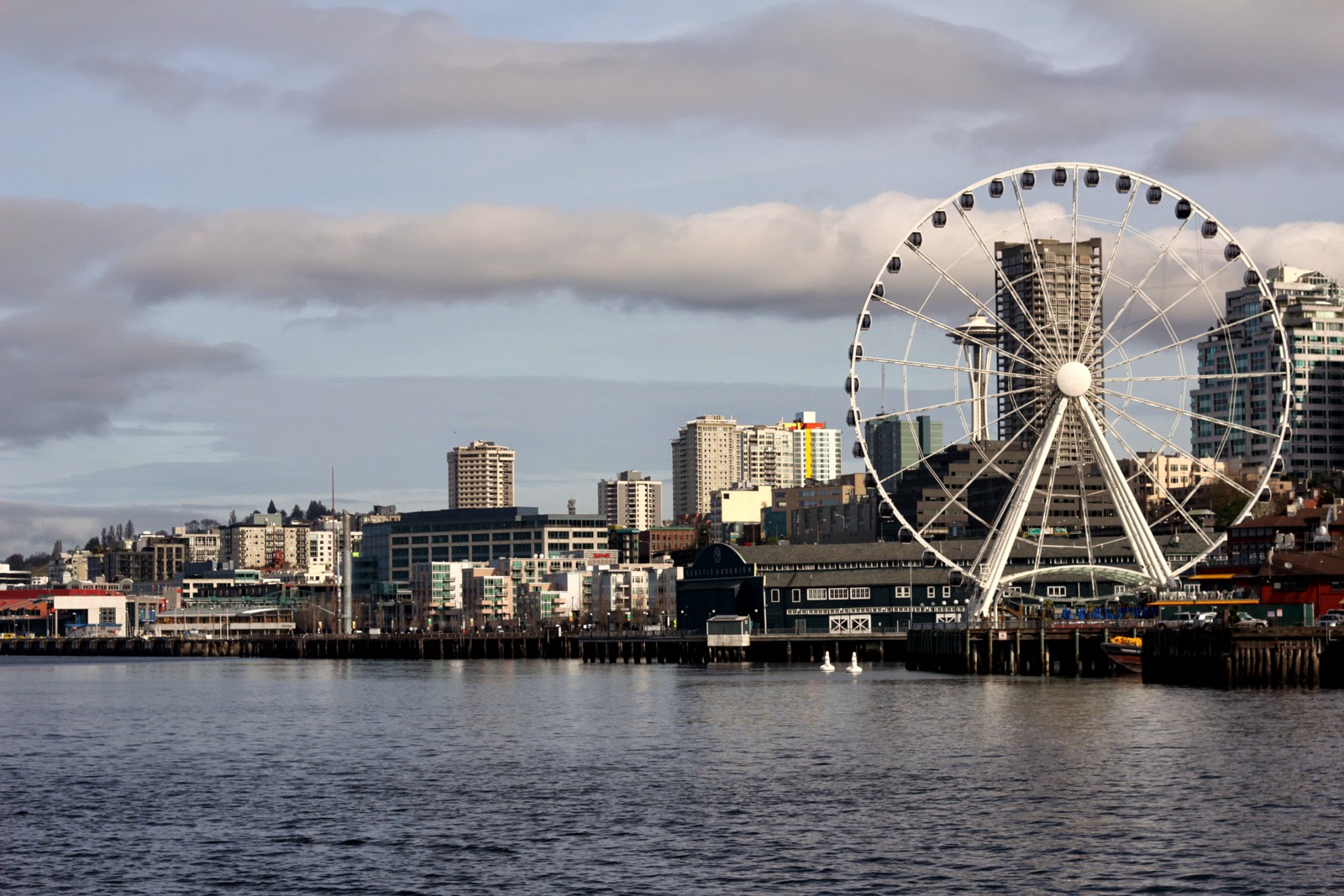 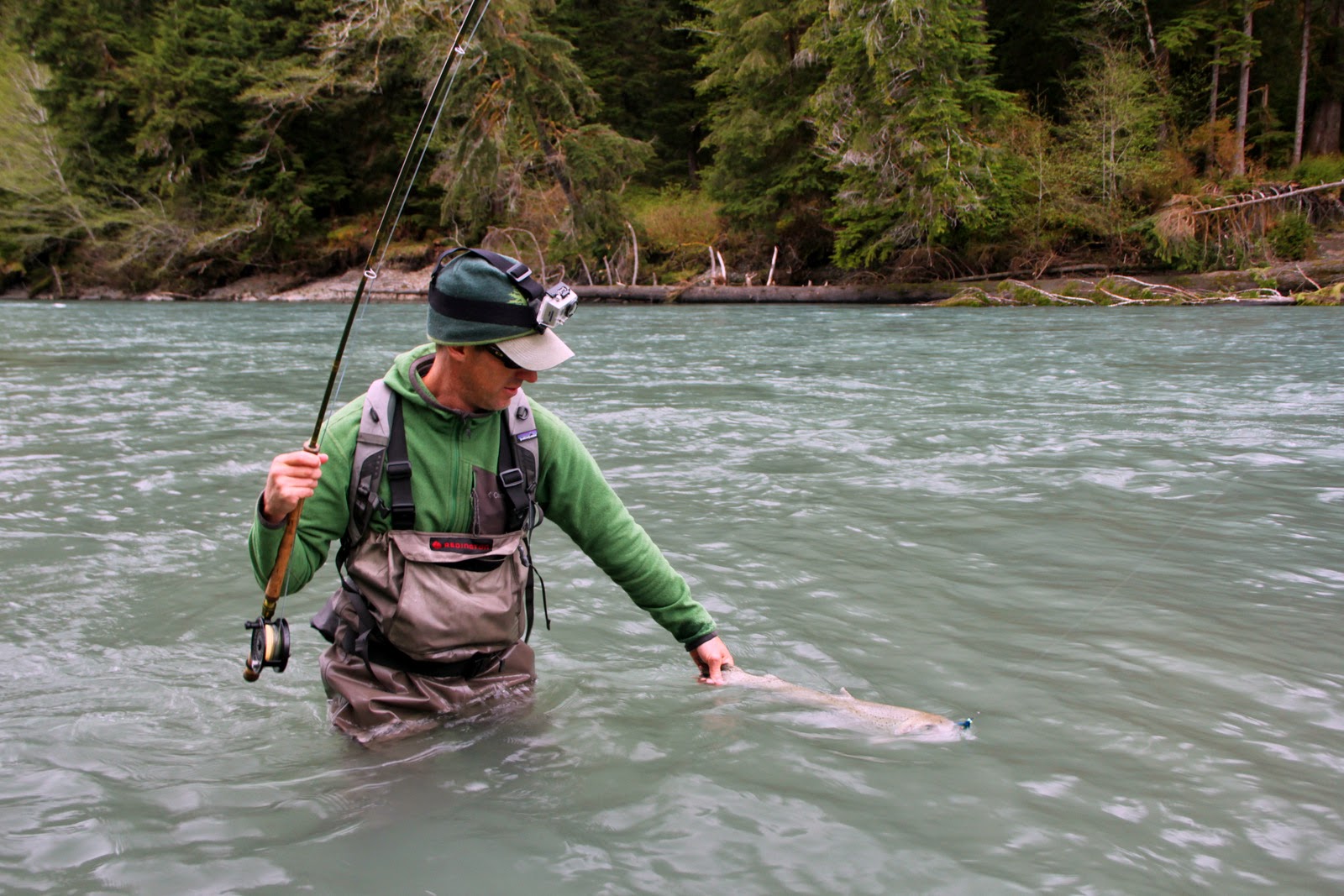 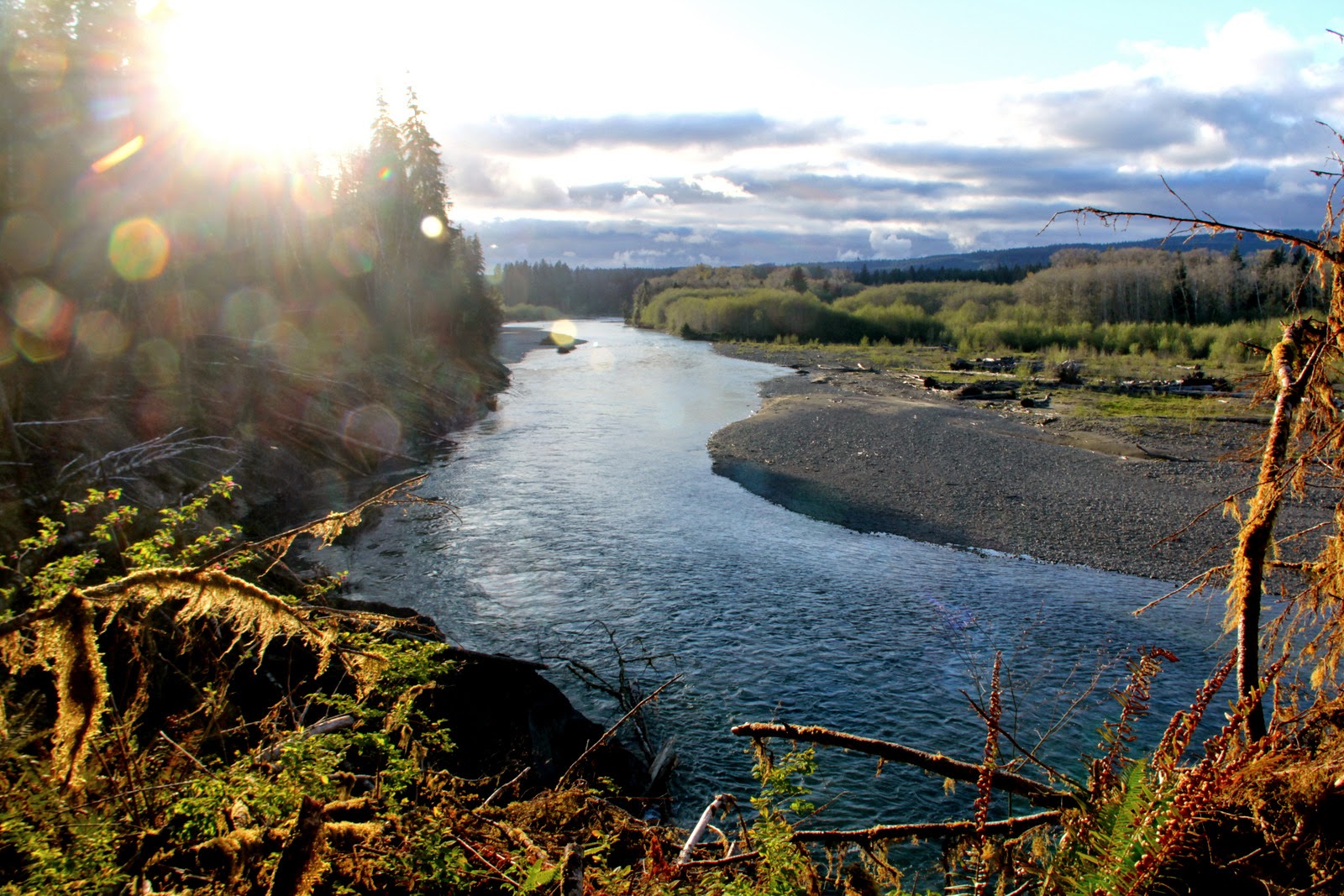 Trip VI - Mr. Robbins extended an invite to fish with him and another mutual acquaintance. I accepted. We drove out, went fishing, got rained on, got wet, built a fire, got drunk, fished some more, then went home. 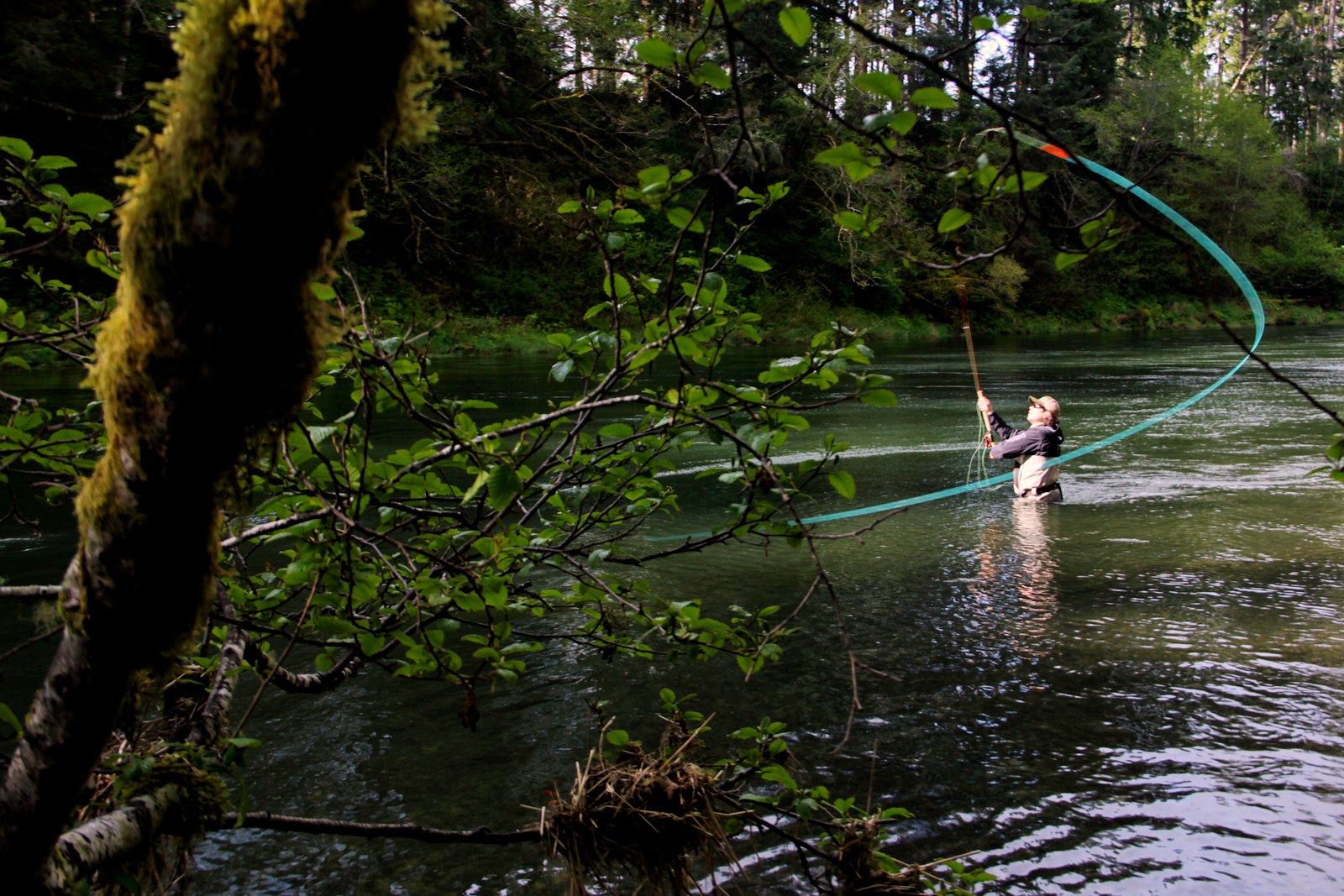 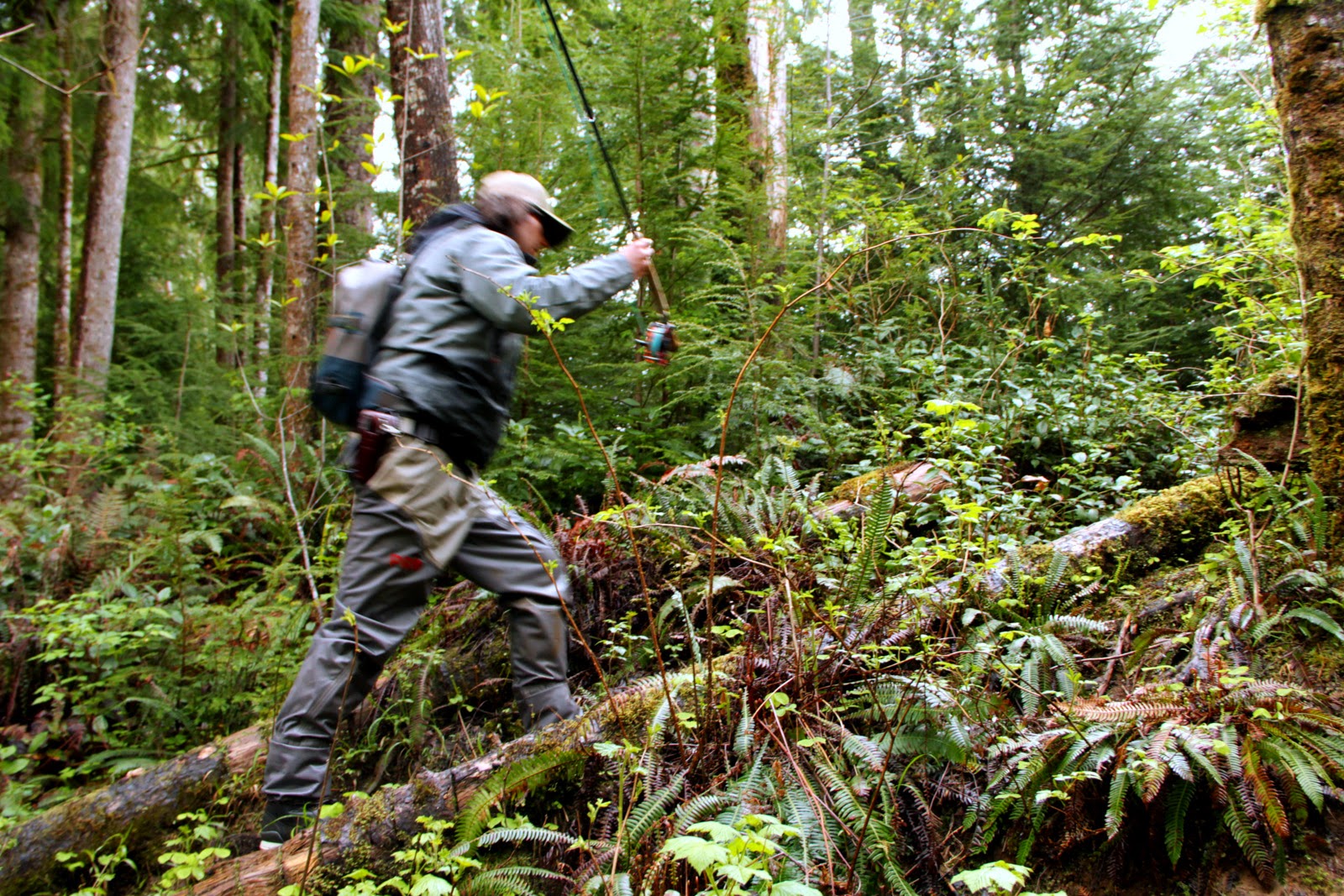 I'm not so sure how much more of this game my feeble mind can take, but at the same time, I can't tear myself away.

Nice recap, Lucas. Glad to have joined you for some of it. Here's to next season! Or, I guess summers are starting to show up...

Good read sir. There are Steele in those waters...

Nice pictures Lucas. Catching nothing is a lot easier when a man is surrounded by scenery like that!

Nicely done. That photo of the deer is absolutely amazing