Sorry for the delay of the post, but I felt that it was important to share this day with the BFC crew.

It was May 10th at 3 A.M. when we finished piling the rods, waders, snacks, and proper fluids into the car. The parties were still alive that Saturday night, but we had more important things on our mind.  Despite the early morning Ford, Andy, and I were wide-eyed as our growing anticipation of what Wilkie had in store for the day waned on our eager and hung-over minds. We had been waiting all winter for this time of year. When the melting snow and ice caps fully disappear with the grey gloominess of winter. This is the time of year that that all true Maine fly fisherman dream about through the long winter. When the hibernating fish begin their fabled cycle into the Rapid River. It was unmistakable that the suckers were beginning to move in to the Rapid in full force to begin their sexual madness. And as Wilkie put it this so called “gangbang’, triggers the movement of the largest trout in the lake to gorge on the eggs produced from the romantically minded suckers.

Upon arrival Wayne, a true gentleman, and legendary fly fisherman of this era, greeted us. Instantly showing us the ropes and even shared a few secret holes on the river. He was one of those fishermen that was so experienced that you can’t help but believe that he knew quite a few of the trout in the river by name. Anyways, the day was full of husky brookies and land locked salmon caught on egg patterns and an assortment of large nymphs. It was definitely a legendary day. Especially the point in the day when Wilkie, Ford, and I had a triple hook up. While this was happening Andy realized that he was the only one without a fish on and was left with nothing else to do but shotgun a beer in celebration.

Also, one thing that I must say was uncertain at the beginning of the trip was this term “crushfest” that Wilkie presented to us before the day. At the end of the day I don’t have the slightest doubts about the meaning anymore. 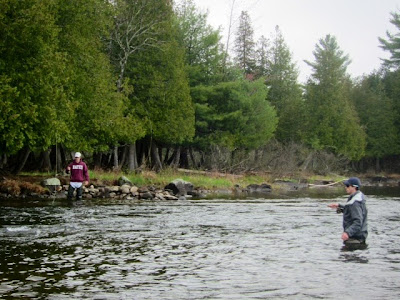 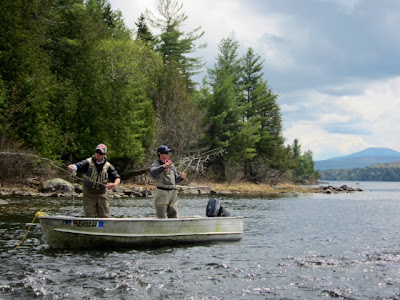 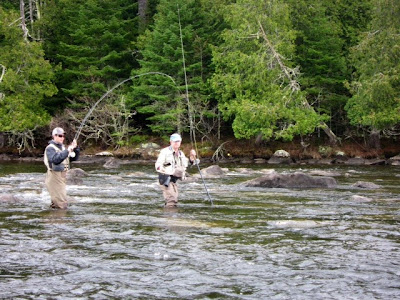 Wayne giving me some tips 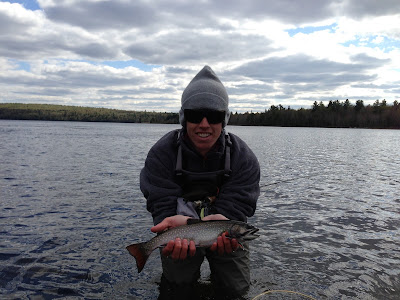 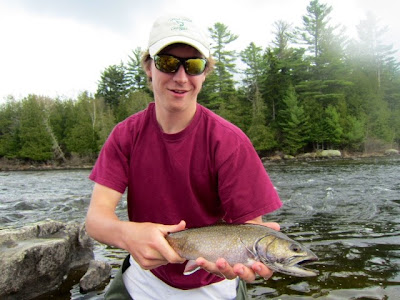 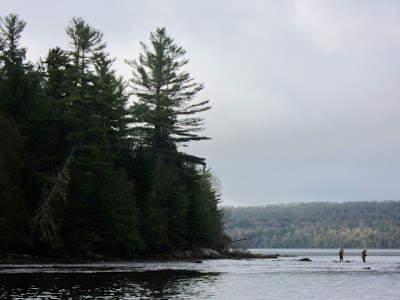 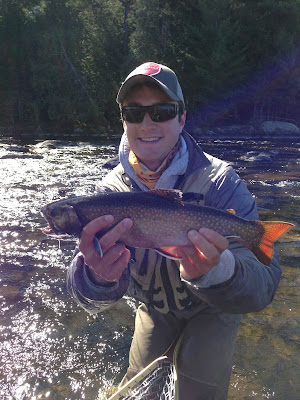 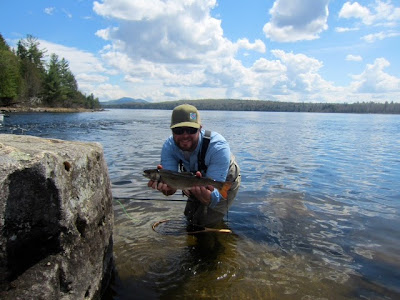 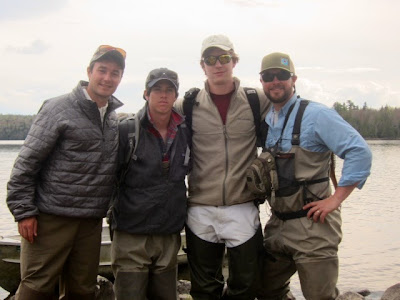 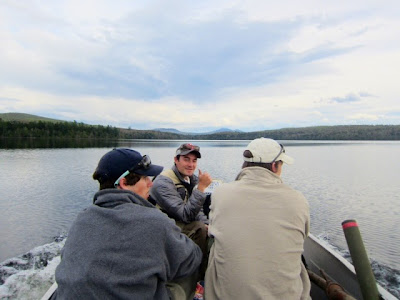 Good stuff Tyler, happy to see you boys got into them.

Ha! I've been waiting for this post, what a day that was. Handsome looking crew, no wonder we're all taken