Well beautiful weather has hit the Northwest for a few days running now, and to celebrate this phenomenon a group of us went out to a beach. We camped, we enjoyed a variety of beverages, had a fire, marveled at the blue skies, and managed to fish a little too. 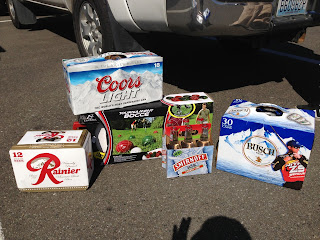 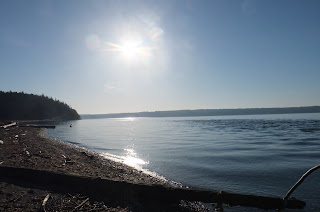 We showed up in the early afternoon, watched the tide roll back in, and when it was just about right strung up our rods and set off to see if we could wrestle up some cutthroat. 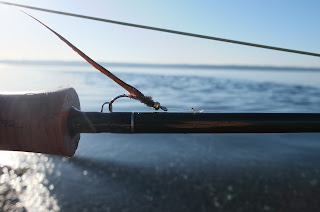 Jesse and Paul went out first as Zach and I waited from the beach for the tide to move in a little more. In a short bit Paul hooked up with a healthy sea-run the size of which we hadn't seen since last fall. 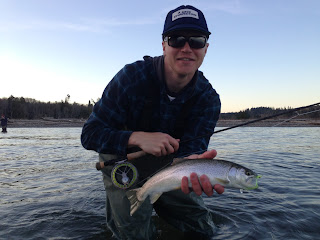 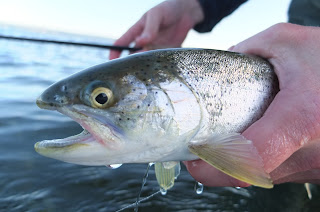 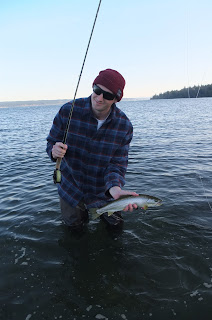 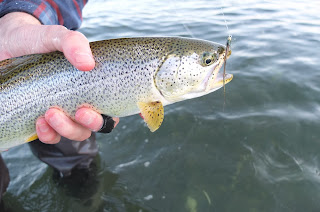 Then it was Jesse's turn with his trusty clouser: 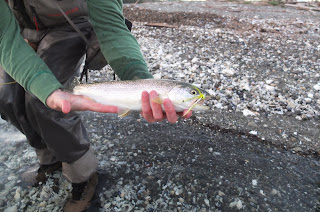 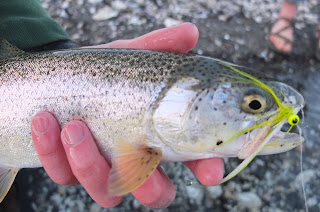 Jesse and Paul continued to catch fish, while Zach and I casted away to no avail. The fish continued to be beautiful and strong. We fished through the sunset and till the fishing died down. 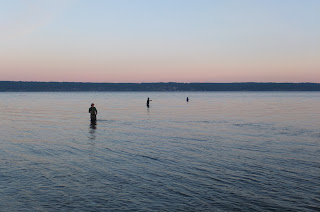 Now there were 7 other people out on this mission and they had the fire roaring when we returned. It was time for food, beverages, laughs, and general good times. 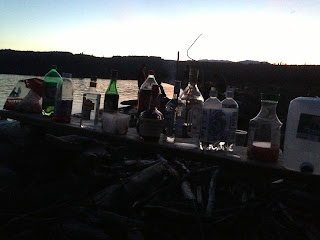 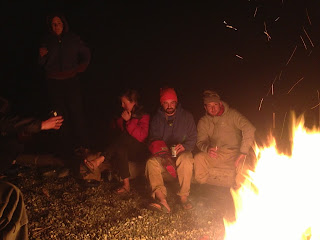 The goal was to wake up early and try the outgoing tide. We got up tried to shake the cobwebs of a night of fun and set out to fish a bit more. The tide was ripping and the current was difficult to fish but Robbins being the angler he is stuck another cutty. We called it a day, headed back, ate some wonderful breakfast sandwiches, sat in the sun, and played some bocce. When we had our fill of vitamin D we packed it up and headed home. It was a great trip with great people and great fishing. Its always nice to know these big healthy fish are haunting the beaches and eager to eat a stripped fly.

Hot damn this looks like it was a great time!