﻿Keith and I had been tossing around the idea for a week or so to hit some northern flowing water in Maine.  The plan experienced a slight shift late last week before the actual date when two young bucks, from our alma mater, suddenly appeared on the BFC Facebook site.  These men posted pictures of large fish, had mutual friends, and expressed interest in fishing with us.  As with many of our own connections, we didn't waste time making contact with eachother and a plan was formed for the old men to connect with the younger generation of the BFC.

Phone calls made, directions given, plan in place. 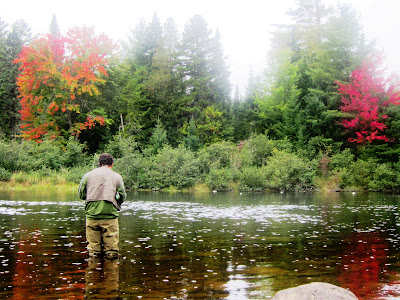 Lane and I rose around 5 am, drank coffee, drove north, destroyed a bathroom in Bingham, drove further north and west, then geared up.  We were the first in the parking lot, first in the water, and the first to put a fish in the net on the Dead River on this foggy, overcast, fall morning.  After a few fly adjustments the fish began cooperating. 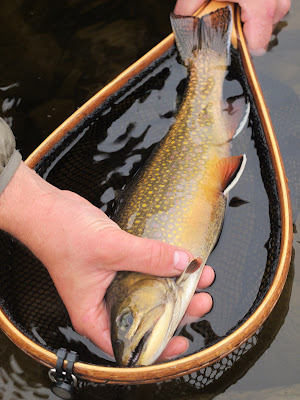 The first few came on an assortment of streamers, followed by a shift to the nymph 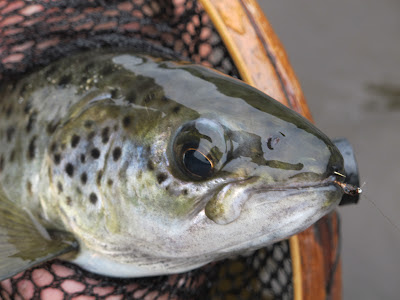 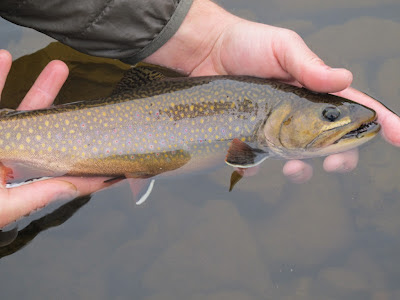 Around 10 am a brief caddis hatch surprised us both, as fish began to rise sporadically.  We managed a few Salmon and Brookies on Henrysville Specials; one take I will never forget as I watched a trout come clear off the bottom, facing my direction, rising ever so slowly in clear site and at the last second it engulfed my fly.  It wasn't a massive fish but without question one of the most fantastic Brook Trout takes I've ever experienced 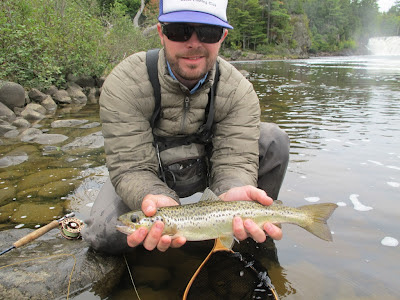 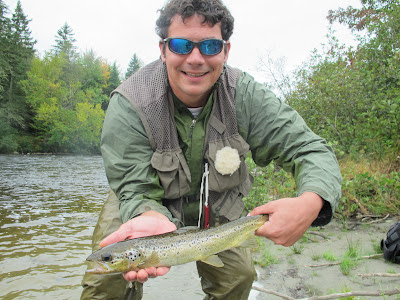 The scenery wasn't half bad 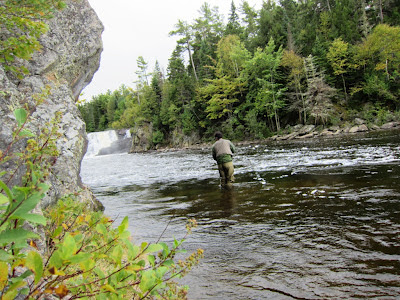 The long and short of it is, around 2 p.m we began to think that the young guns had bailed on us.  The fishing had hit the skids for a few hours and the day was warming.  Keith and I had driven seperate cars; our intentions were to fish together in the morning, then a few hours mid day with the Bates guys, Keith would roll around 3 and I would continue on with Tyler and Andy.  With an estimated arrival of 1 pm for the Bates crew, and with nobody in sight by 2, we had pretty much given up.  I was considering packing up and rolling along with Lane as we stood in the parking lot sipping beers a little after 2pm.

But like any good Bates fisherman who get lost on 12 miles of dirt for nearly 2 hours....they showed up in the eleventh hour.

As a seasoned veteran of the long wand, I was immediately sizing up the new recruits.....I wasn't dissappointed; these boys could throw some line.  Game on! 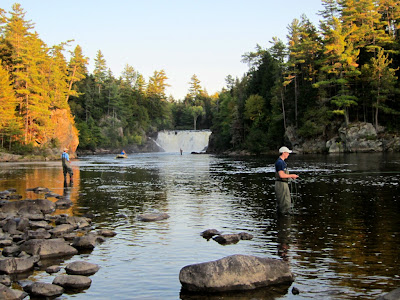 I had been telling these guys of the fabled hatch along this stretch that sometimes happens and I hoped against all hope that it would happen.  Then again, fishing is fishing so I fully expected to get bitch slapped after opening my mouth about it.

Tyler picked off 4 or 5 Salmon in the intial stretch below the falls while nymphing up until 4:45.  There were a few respectable fish upwards﻿ of 16" in the mix.  I kept an eye on the prime stretch for rising fish....and when I saw a dimple I moved to hold the position.  I picked off a few Salmon and around 5:45 an astounding Drake hatch (specific mayfly unknown) began to explode into the evening air.  I beckoned the boys from upstream, set them up a few yards apart in the prime stretch, told them to time their casts so as to not cross lines, and tied on some monster mayfly dries.  First cast from Andy produced this fine hookjawed male. 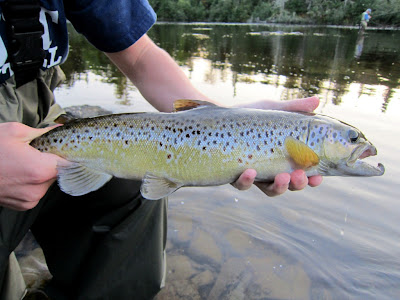 Bates '15 lined up for success 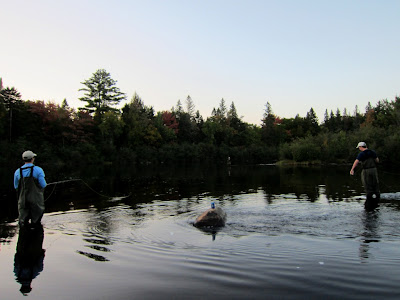 Tyler's pig came as the light drifted well over the horizon....another nice hookjaw on this male﻿ 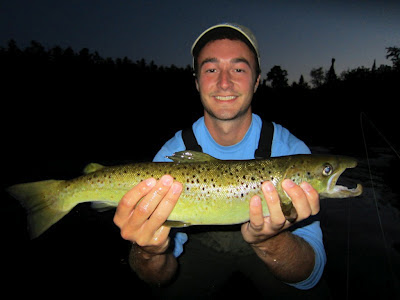 A fine day from beginning to end, fish caught under every weather condition, temperature variations, and fishing style.  Keith and I got ours in the morning and the BFC '15 revolution perservered in their travels and were handsomely rewarded.....nothing better.  Welcome to the club; it only gets better from here. 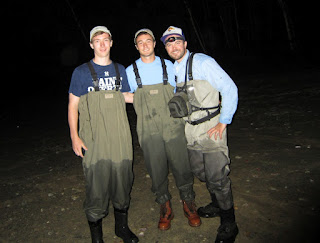 well done gents! some fine looking fish all around! maine fall fishing here we (you) come!