I have been fishing a new spot lately and I know a trip report without fish photos is a waste of time but hear me out. My area of Maine once held epic runs of a certain fish. Native americans and white chumps alike would travel hundreds of miles to catch them. But with the popularity of electricity came dams and with that ended a run from the sea to this river. Now fishing for them is not illegal but one must be careful as to not draw attention to yourself. I have been fishing for these animals we will call "Land Locked" Whitefish. I have read reports of the fish that the state "moved" in to the river and are now designated as "land locked." I have a friend who held these 40 inch fish in his hands and he placed them above a certain dam and scraped and weighed them. I would like to catch one.

So I did my research, google earth and even asking old guys quietly in a dark corner of the bar ( Wilkie style) and lastly hiking in to a spot and swinging.

I went last week and hooked not a one, I saw some tails and then stumbled upon this. 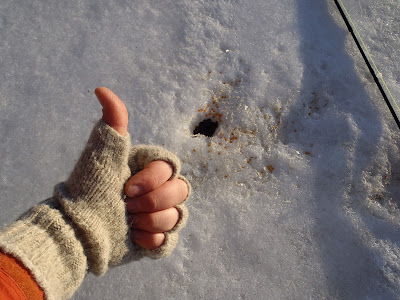 So I set up shop 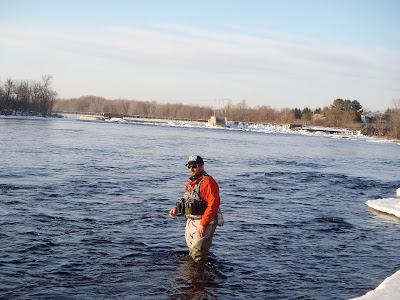 I swung, I dead drifted, I did it all, I even found the ultimate angler's sign.
A garden hose tied to a tree, directly below the sushi smelling fowl's deposit 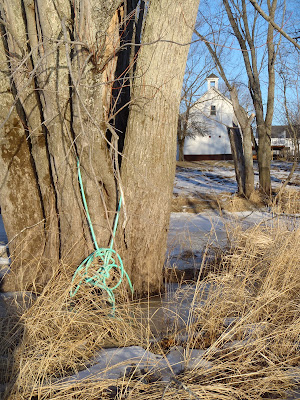 I hoped the other angler's were directing me toward my first wild "land locked" whitefish.... not today but I will be back. 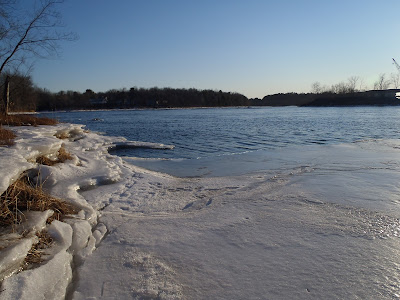 Alas this time of year will give the fly angler an overdose of frustration and plenty of time for personal contemplation. Thanks for the read sir. I look forward to our time on the ice soon.

keep the fly in the water my friend