The Day After Christmas

Twas the day after Christmas in Arlington Mass,
OO Steele snoozed, hoping alarm sounds would pass.
But old Dr. Steelegood beckoned "Come hither!
We need to get rolling, we'll be late to the river!"
The fly rods were stowed in the Audi with care,
An hour of driving and our boys would be there.
A quick call to Blades to confirm his drive time
They stopped by the river, the flow looking prime.
Perched on the bridge and looking stright down
A sight to behold, trout all around!
Big ones and little ones, fish left and right.
But with water so clear, the fish wouldn't bite.
On cadis, on pupae, on hares ear with bead,
On zug bug, on black midge, they must have to feed!
Steelegood struck first, a nice healthy 'bow.
On a tiny red midge, from pool deep and slow.
Next would be Blades, this fish was a tank!
A 22 inch landlock he brought to the bank!
Not to bested, OO stared at the run.
On the day after Christmas, it was his turn for fun.
Decisions decisions, he gazed at his box.
An olive wooly bugger, his favorite for 'locks.
He gazed at the run and what did appear,
But a leviathan salmon the size of a deer!
The cast was just perfect, the drift looking great.
And bless Old St. Nick, the big salmon ate!
The battle was fierce, as tough as they get
But OO countered and put that beast in the net!
We stared at the fish, speechless with shock
A true Christmas miracle, 26 inch Landlock!
More fish were landed, but none quite so great
The anglers now weary, the hour grew late.
They ascended the bank in the now waning light
"Merry Chirstmas to all, and to all a hot bite!" 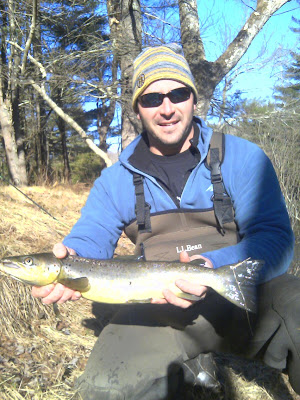 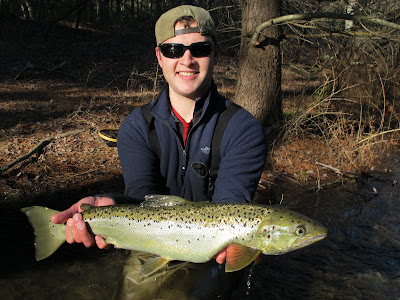 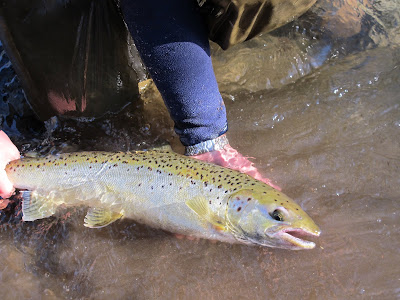 Goddamn that is a fine specimen

JESUS. Looks like a spotted river codfish. Holy shit man that thing is unreal!!! Mount worthy for sure!