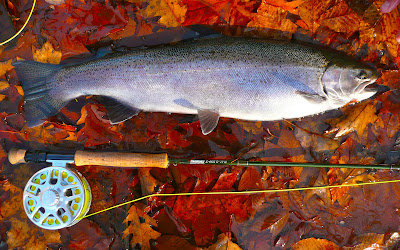 In the beginning, I had a vision of choreographing a steeleheading video of all steeleding videos. Keith and I were headed to the SR in upstate NY for 6 days. It was not going to be a question of if we would catch fish, it would be how many and how big. But in the end, we all know that those previous two points are not measures of victory/success or any type of indication of manhood. It is simply about being on the river, again, in the pursuit of steele. That being said, catching big fish and having numerous hookup days is pretty sweet. None can argue that. Over the 6 days we would be joined by other steeleheaders in passing, most only staying for a couple days. There were 6 of them who visited in such fashion. We averaged 4 guys a day on the river and managed approximately 130 hookups and 27 fish over 6 days of steele, a trip that certainly took its toll on those cursed to live out the full duration. In the end, I was left longing for nothing but sleep and alcholess beverages and, oh yeah, a pile of pictures. Enjoy. 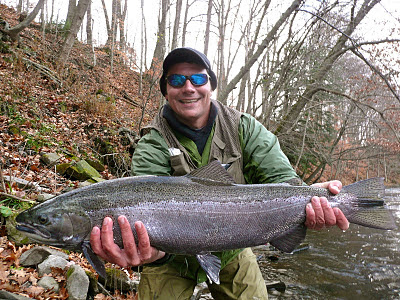 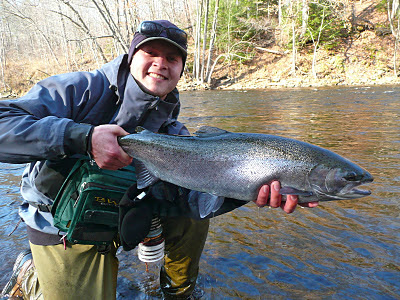 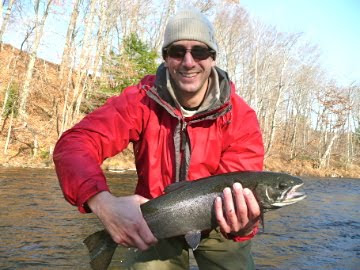 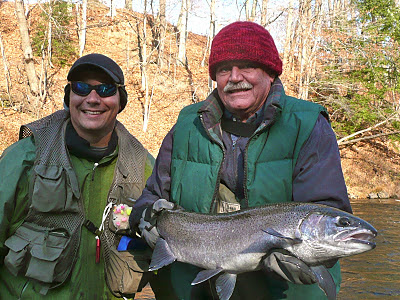 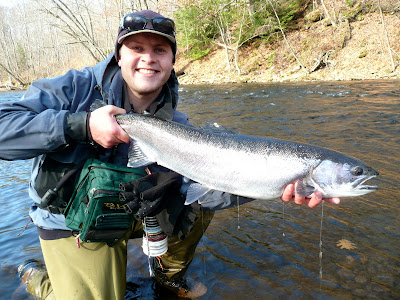 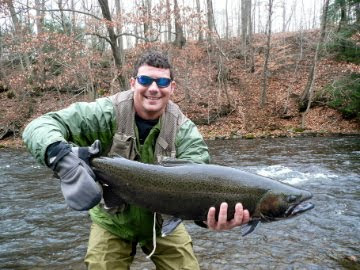 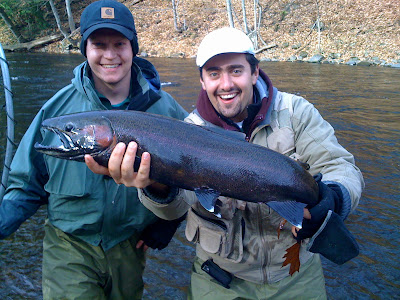 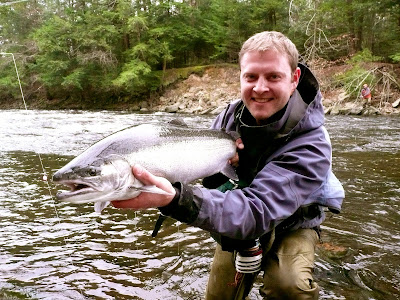 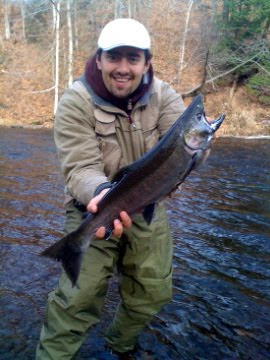 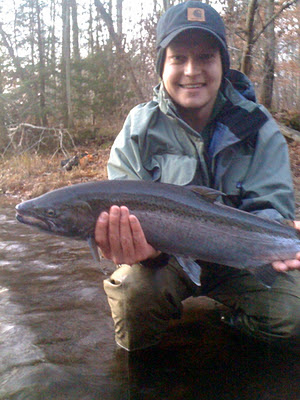 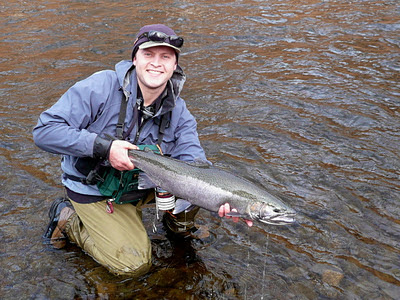 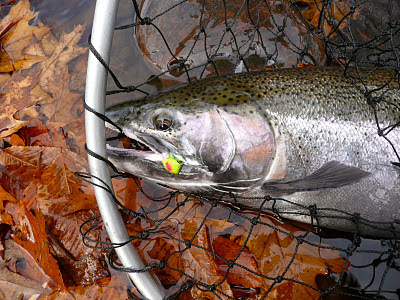 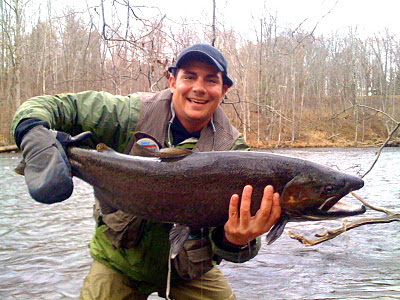 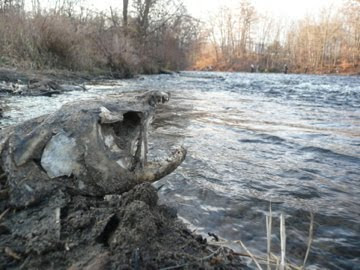 Posted by Clark Winchell at 9:26 PM

Shhhh well done boy... beautiful photos... who wants to go back next week ?

trying to put together a trip in December. you are more than welcome to join my friend.

Awesome shots Clark! This was without doubt the hottest steelheading action I have experienced in my very short steele-ing career. It reminded me of our first ever trip to the SR because the fish were fresh and they were all very big! We saw only a handful fish less than 30 inches with many between 32 and 34. Of course this combination of size and chromeness made them a bitch to land and most fights ended with broken tippet, pulled hooks or, if extremely lucky, a heroic netjob a long ways downstream from where the fight started... (Thanks again Albanian Steele...) I got to test out my new 6-weight and was able to land my biggest SR steele yet on it, a dark 34 inch male! And old man Lane and future Brother in Law John both landed some gorgeous fish. They are already planning next years trip.

We also had four first time fly fishermen join our trip and I'm very happy to report that all four rookies were into multiple fish! Needless to say, I've been fielding several calls regarding new fly fishing rigs for steelheading... Text from Alex last night: "My body is in Westboro, but my mind is in Altmar."

CRUSHING IT! That one with the foliage background is a sick shot. I'll get out there with you boys one of these days

very nice pictures.
i assume you ate at the Ponderosa all 6 days?