when i began my relocation to Bainbridge Island, a co-worker put me in touch with a couple who had a room for rent in the basement of their home. it was furnished, cheap, and available immediately, meaning it was perfect for a broke and homeless fishing guide who was about to re-enter the real world. in one of my last email correspondences with the landlord before arriving, she mentioned that there was a pond on the property that she thought had some trout in it too. i was intrigued by this statement but questioned the validity of it. i arrived, moved in and found the pond. 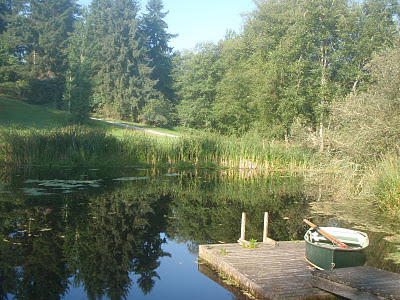 shortly thereafter, i found its inhabitants. 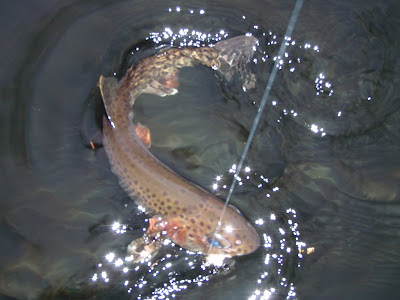 the pond is maybe half an acre in size. according to the landlords, the pond has never been stocked, which would mean the cutthroat living in it now came are of a coastal variety, becoming landlocked some time ago. very cool. there are even rumors of salmon reaching the pond on spawning runs of the past.

i've got to know a handful of waters pretty well by visiting them often and i'll add this one to the list. it's a pleasure to get to know a water, and this pond is no exception. on windy days, the leaves and duck weed flow across the pond and back, opening and closing areas to cast to. sometimes on windless days, rise rings dimple the pond all day long. 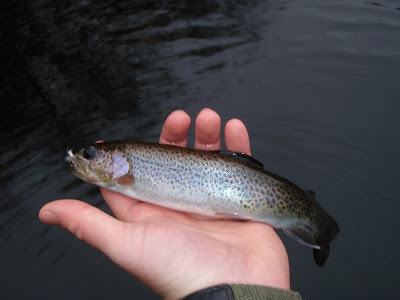 the fish aren't the most sophisticated i have dealt with. to use a phrase of Keith's, the fish are very agreeable to most fly presentations. any small mayfly will work. hoppers will rise fish, but the fish have a hard time getting their jaws around bigger bugs. small streamers work well also.

picky eaters or not, they are very beautiful. 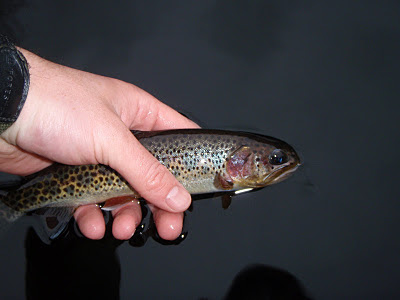 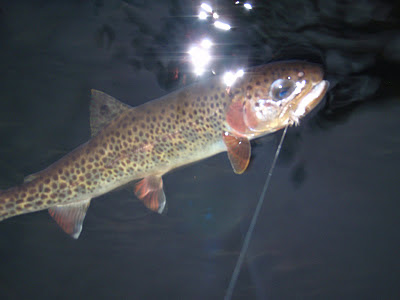 when i first arrived i was fishing with my 490. it obviously over-gunned the fish, but it was fun to launch 70 foot casts across the pond to risers. at some point it occurred to me to size down my stick. i was able to find a perfect tool at work, and i've had it on loan for a while now. 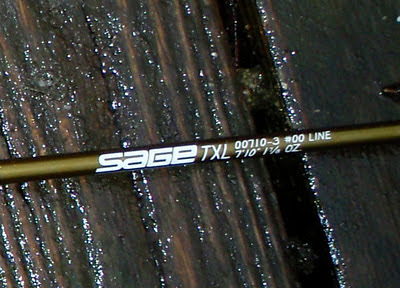 what fun. a fiesty, 11" native coastal cutthroat will put a good bend in a double-aught!

from my seat at my computing/tying/dining table, i have a perfect view of the pond. ducks frequent the pond, as does a heron. last week while James and i sat outside on my patio eating breakfast sandwiches, a blacktail stag walked out of the woods, down to the pond for a look, then continued on his way. 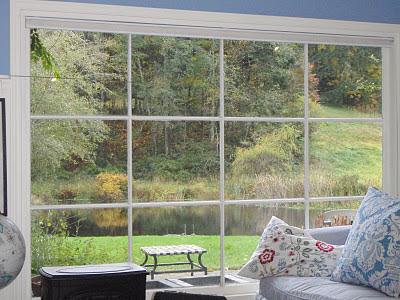 when the rises become too frequent to ignore or when i just feel like fishing, i grab the double-aught from its perch and in 50 steps or less, i'm there. i'm lucky to have the pond there. hopefully i'll get lucky again someday. 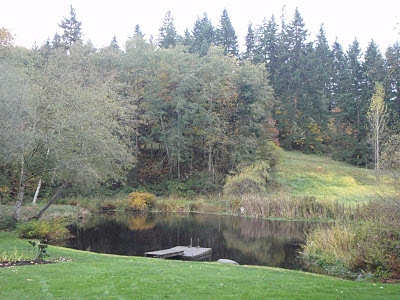 I can think of a dozen worse things to have outside my window.