Robbins and Lucas were preparing for their trip south and west so Jesse and I decided to hook up for some hookups on the last Sunday he was around. A quick e-mail to Jasper had him on board as well. Jasper and I had never met, but we all know that fishing can quickly fill in the conversation and awkward silences. The plan was to rendezvous with the mighty black Yaris around 8 in Augusta. Jasper and I would roll together toward the coast and fish for a few hours before Robbins met up with us on his way back to Belfast to see his folks. 45 minutes of bullshitting on the way to the pond put any doubts behind the two of us that we would get along quite nicely

Canoe and gear were unloaded, the walk into the pond completed, canoe slipped into the water, and we were into the trout. 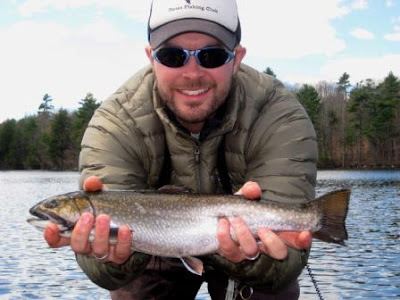 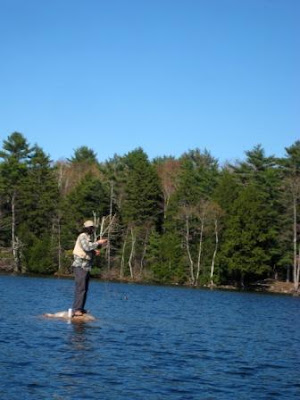 Robbins takes a break from the canoe for a few casts atop a rocky outcrop surrounded by sharp dropoffs. 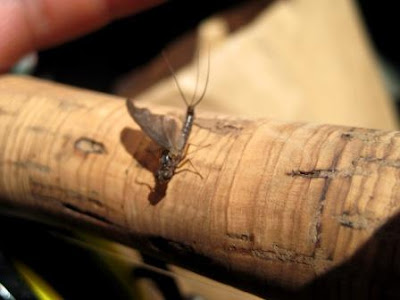 May 1st and the Mayflys make an appearance 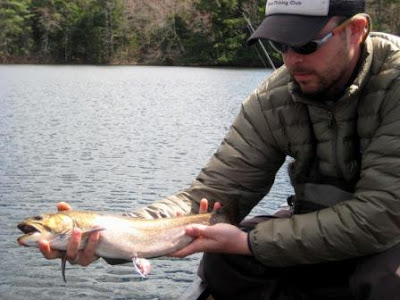 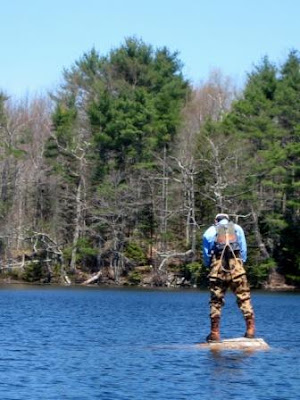 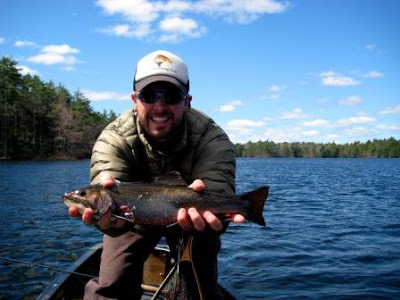 4 solid brookies came to net with a handful of other close encounters. This pond has produced northern Maine class Brookies on the last three trips on everything from Steelhead/King Salmon streamers to traditional Maine selections. Still baffled that a productive waterbody like this exists in coastal Maine.....stoked to attack it in the fall.
Posted by Andrew Wilkie at 7:43 AM

Email ThisBlogThis!Share to TwitterShare to FacebookShare to Pinterest
Labels: Brook Trout, In a Canoe, Spring Fishing

I still think I chummed up that last one for you

Wilkie, all of the fish pictures i've seen of you from the last two season are 20 inch plus monster brookies. Either you've taken it to the next level or you are storing a handful of broodstock brook trout in your yard pond and net them for pictures every time you want to make a blog post. Either way, well played!