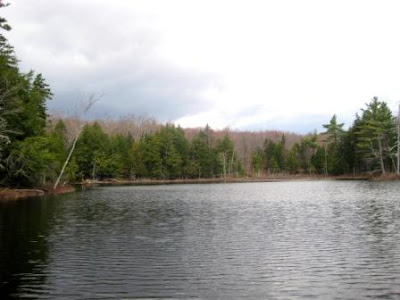 I had great intentions of getting on the water yesterday, but a botched weather forecast left me to ponder whether battling high winds, small hail, and generally foul conditions was really worth it. I opted to stay off the pond in question in hopes of a small weather window today. NOAA was calling for calm winds in the a.m, becoming partly sunny with temps nearing 60F.

Arrival at this unstocked fly fishing only pond led me to believe that NOAA had gotten the forecast right. The sun was starting to peak out and the pond was glassy.

Saw a few midges rising from the surface as I fished the usual holes. I found myself questioning if the trout would be spread out all over the pond due to the cold water temps, or if they would be working the drop offs as they might throughout the later spring and summer months.

I worked a variety of streamers, followed by streamers with droppers, and finally to a couple of tandem nymph rigs. After losing a fish on one of the nymph rigs I began giving more attention to the shoreline. I would see a fish rise, move to it, hook nothing, and continued this pattern for nearly an hour. Finally I opted for a small wet fly emerger with a pheasant tail dropper. I saw the dorsal of a fish cruising the shore, casted to it, waited a moment, and connected. Trout skunk was off early this season. 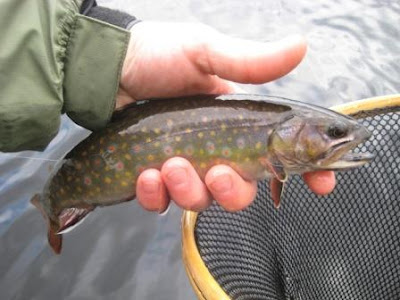 In the next hour the wind kicked up hard, gusting from the west at what I can only estimate was well over 30 mph. The canoe became difficult to control so I headed for one last position near the pond's outlet. Once anchored I cast the hot combo out into three feet of water and bang I was tight again. This fish proved to be bigger than the first and much to my dismay, I broke it off. It too had taken the pheasant tail dropper; this fish now owns that fly. I decided to cut my loses and battle back to the shoreline. A fine Sunday morning enjoyed on the water. 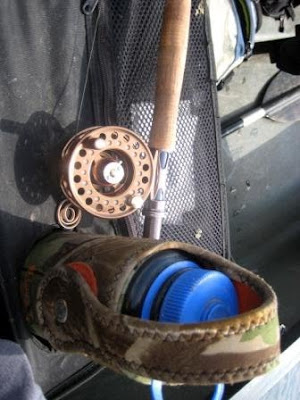 Posted by Andrew Wilkie at 2:09 PM

once again, i am completely satisfied and energized after reading. gorgeous fish. the mighty pheasant tail stung a number of fish for me in new zealand as well.

our reunion is very near my friend.