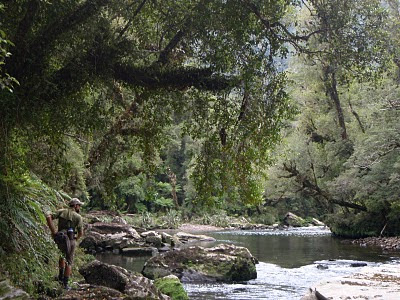 I spent the last week or so on the west coast of the South Island of New Zealand and fished several rivers there. These rivers' surrounding landscapes were like nothing I have seen before. They passed through some of the thickest and most jungled areas, often times the jungle stopping literally right next to the river.

These types of rivers are a far different cry from the meandering rivers passing through huge valleys that I have been on recently. These other rivers have a more traditional riffle-pool-run pattern to them, and it's relatively easy to guess where the trout are. These west coast rivers are a much different animal. 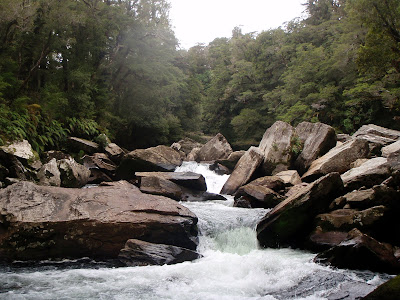 One river, the Moeraki, was incredibly steep for a long way. There were a few pools that we took a real good look at, but only one or two of them had fish in them. We had to boulder our way up the river, as the flood stages of this particular river had let to tons of small to medium to large to extra large boulders lining the sides of the river. It was slow going but eventually the river flattened out.

From there the river slowed down considerably. The banks were no longer boulder ridden, but surrounded by small beaches. There were countless logs and old trees in the river that had obviously been there for a long time. The river bottom was sand and small gravel. The change in the river was incredible. And then we started seeing the fish.

Because the water was so slow-flowing, the river at first did not look like it would hold trout, or any salmonid species. When we did see them, they were not holding, facing upstream, they were cruising. Cruising upstream, downstream, across the river, in all directions. The flies of choice were a cicada or blowfly pattern, each of which slaps down on the water with a nice "splat!" as if the bug had just fallen from the sky. The game was simply explained, but much harder to actually execute: Spot the fish and get in a position so that you can see the fish and where it's going but do not allow the fish to see you, then cast a fly delicately in front of it. 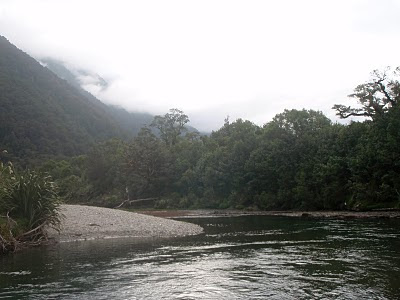 This is very exciting fishing as you see the whole thing take place. When it works out right, the cruising fish will hear the "splat," see the fly and immediately start swimming towards it. The jaws will come up and the fly goes down. Wait a moment or two, depending on the take and then strike! When it works out wrong, the fish will either spook immediately when the fly hits the water or because of the very slow takes from the trout here, you set the hook too soon, pulling the fly out of the fish's mouth and also spooking him in the process. What a challenge! 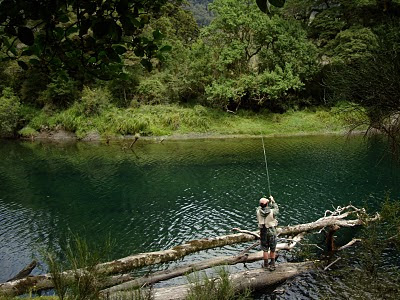 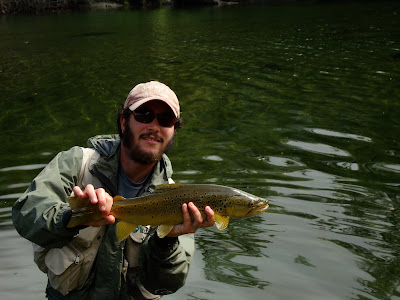 I got moderately successful in getting takes with this method and even landed a few of those fish I had takes from. Definitely a location I hope to return to and one I'd love to share with my BFC brethren. 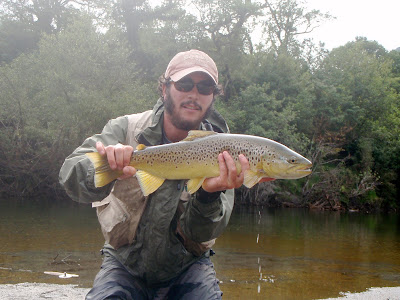 most excellent. love the beard and this jungle excursion!

incredible scenery. A jungle around you and a jungle on your face.

Jesus, I love how in NZ a 20" Brownie is 'moderate' success. Awesome beard, awesome story.