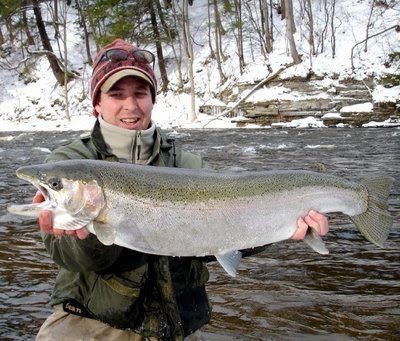 Wilkie and I were fortunate enough to get a day booked with Dave of Salmon River Specialists this past November. It was clear as soon as we met Dave that our angling interests were up the same alley. In the early morning light we scampered along a steep bank into a spot that would be our first steelhead water. Later in the day we took a lesser known trail far upriver to a hole that would produce the group's first tastes of steele.

A new piece of water is daunting enough; combine that with a fish of a thousand casts and you better hope you've got your A game. While neither Wilkie or I brought exactly that, what we would learn for the eight hours we shared with Dave we will carry with us the remainder of our lives. Anyone planning a first-time, second-time or tenth-time trip to the Salmon River will only benefit themselves by sharing the day with Dave.

I look forward to the day Dave tails some steele for me, and I return the favor. 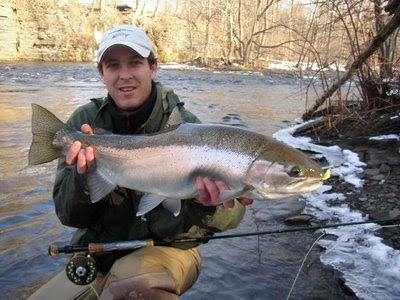 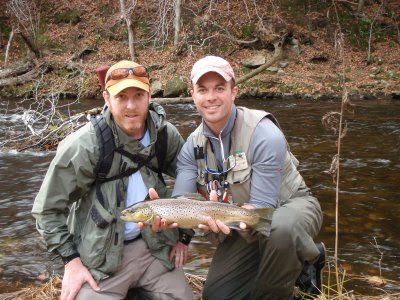 Dave you're an animal, that first chromer is a pig....

is that ducked tape on his rod handle there?