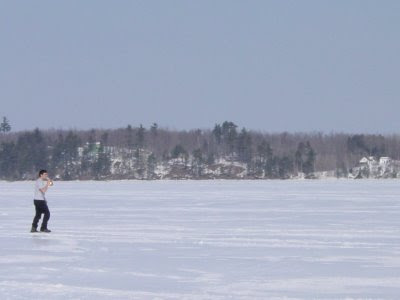 Name: Keith
aka: The Captain
Born: Seattle, Washington, December 18, 1980
Raised: By Poseidon
Currently Resides: Boston, MA
Bates Class: 2003
Major: Biology
BFC Position: Bassmaster 1999 - 2003; Co-Founder 1999 w S. Neil Larsen
Preferred Fish Species: Pelagics
Favorite Flies / Lures: The Mighty Green Machine
Home Water: Cape Cod
Thoughts: If fishing were just about catching fish, then anglers would pound away using overpowering tackle with the ultimate intention of putting numbers of fish in the boat. But this is not what fishing is all about. The ultimate thrill of fishing is the battle, that period of time when the fish exerts it’s will on you, and you are helpless in your efforts to control it. Nothing excites me more than a peeling drag, when I have no choice but to watch in awe as the reel dumps line, knowing that I am totally powerless to slow the fish. I have won some of these battles and I have lost many, but in the end it isn’t the picture of me holding the fish that brings me the most satisfaction. I have forgotten probably as many 30 pound bass caught as I can now remember, but the ones that beat me are the fish I never forget. Those battles stay forever etched in my mind, because for that brief period of time I fought a fish that was better than me.
Quote: "I need this wild life, this freedom." - Zane Grey, renowned author and pioneer of big game fishing. 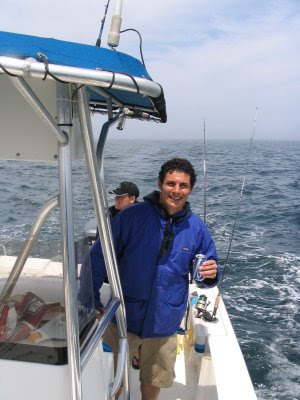 Keith Lane is a formidable boat captain by the pre-dawn light of a Cape Cod weekend and an steadfast businessman in silk pants during the work week. Keith's first love is the ocean, a place where lord Poseidon has blessed him with 200lb class blue fin one day, only to steal his propeller mid-voyage the next. Lane has fought hard to break free from the Italian stereotypes (as Wikipedia describes them) of being a "swarthy perpetual foreigner in a lower class, restrictive blue collar job". He has done so by single handedly investing more money into his love for fishing than most of us will in a lifetime. He is a man that insists that his grill accommodates a whole 40lb Striper or at least one quarter of a 150 lb blue fin tuna. I have witnessed the metamorphosis of this fisherman from a smooth, sex crazed college student who would be excited about an outing that produced a single 20lb striper, to a mid twenty something executive that hand picks the finest ladies in town and finds his greatest fishing satisfaction offshore pursuing the giant big eye tuna and blue marlin of the fabled canyons. He is a ruggedly handsome character, the kind you would see in one of those fireman calendars, Mr. October perhaps, wearing his red suspenders over a shirtless torso. While his passion may be offshore, Keith holds his own on the rivers and frozen lakes of his old stomping grounds here in Maine. He has been known to put down two or more breakfast sandwiches on the ice, only to be seen moments later shotgunning a beer and making whiskey offerings to Lord Poseidon. No matter the weekend, Keith can be found close to the water's edge by day, and scouting the local talent by night. If there is fishing to be done, this man needs an invitation. ~ Wilkie 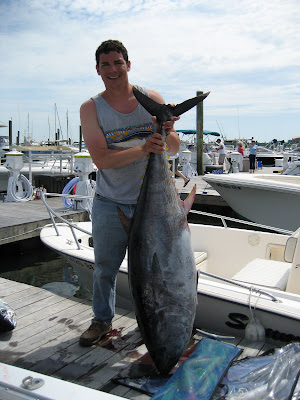 The first time I officially met Keith, he was seated on a couch in Village 1. He presented me with a ripped open 30 rack of Beast Light and a box of cookies. I was a timid freshman and Keith's words grabbed me. I soon joined Keith on the ice and it was there that our friendship first blossomed. It has since then strengthened in northern Maine, southern Maine, the waters, bars and strip clubs of Cape Cod and in the bars of Boston. Keith is a fearless captain and will put you in sight of fish, no matter the conditions or his mental state. He is always the first out of bed, unless there's a woman in his. - JLR

Email ThisBlogThis!Share to TwitterShare to FacebookShare to Pinterest
Labels: Profiles

no one else, no one, can rock a tank top like that and look that good. no one.

Men, your words are greatly appreciated. As I sit here nursing a substancial hangover, I eagerly anticipate a time when we will all join forces on the water again. Bring on the ice. I seek the smelt.