With no work obligations until after noon today, I was up at 3 a.m and waist deep by 5:30. An Eastern Newt greeted me streamside as I stepped into the pre-dawn current. 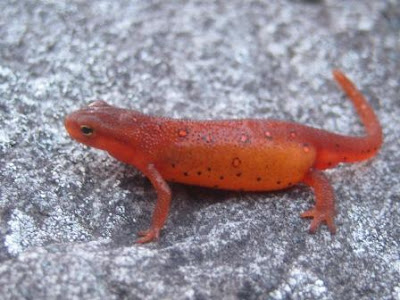 With 2-3" of rain over the weekend and temps last night dipping into the 40's I knew damn well that the small tributaries of the Kennebec River would be swollen and any self respecting trout that was considering a spawning run would be pushing upstream. It wasn't long until my recent slow streak was broken and a quality fish was on the line. 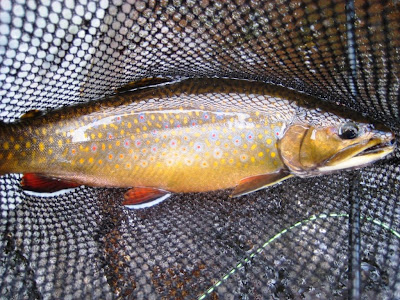 The rain hadn't raised the water level as much as I had hoped, and while I did manage 10 nice Brookies in the small tributary I first hit, I accepted the fact that 10 fish from this particular pool was 8 more than I had dug out of it last week when the water was low, and I had only just fished there for an hour. 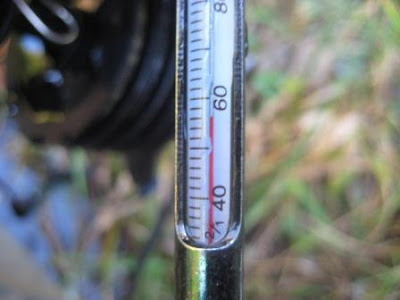 Water temp was 56F and with temps all week predicted to be in the mid to low 40's at night, you can bet your ass that things are going to be ramping up over the next week or so. 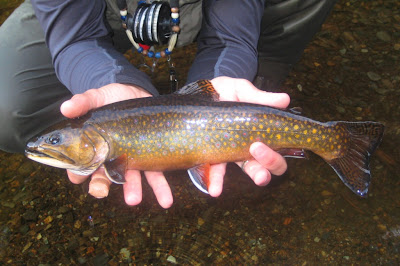 Just as I was about to head downstream into the Kennebec this 19" beauty put a smile on my face with a fiesty head shaking battle. The Kennebec proved to be much more alive than last week as well with four Salmon up to 16" and six Brookies up to 17" coming to net. Stimulators, Woody's, buggers, and myriad bright streamers proved successful. The increase in streamer productivity is a sure sign that fall is knocking on our doorstep. All told twenty fish were landed by eleven when the water rose to a turbulent 7500 cfs. Nice to have a crisp morning and some solid fish on the line.
Posted by Andrew Wilkie at 2:38 PM

so when you say "slow streak," you're talking like a decent day, huh? fuck man, 10 fish in one pool in one hour? ha!

thats a great shot of the newt there and another hog of a brookie. garth with ya?

I was hoping to see your post when I got home. Call me on your way home; I'm liking the sound of this story of yours already

That second fish is gorgeous! Sounds like a tremendous day on the water. Glad to hear it's back on.

Jesse's mom turned me into a newt.