It has been July in Maine the past few weeks and on the hottest day of them all, several co-workers and I had planned a work-funded and encouraged day off to fish. PTO is that much better when you can remember that you're getting paid to be doing whatever you're doing at that point in time.

Word had hit someone's ear that Collyer Brook in Gray had been stocked recently, and as we had a couple virgins on our trip, not to mention some other slightly more seasoned anglers who had a desire for a solid hookup, our minds were made. There wasn't a cloud in the sky and a shirt was not necessary. 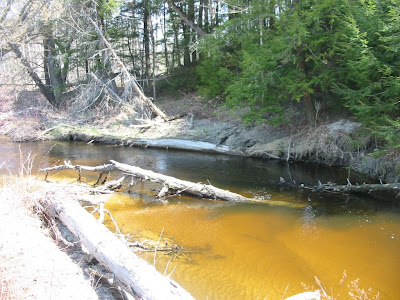 The honey hole right below the road crossing held the most fish, and some guys got into 'em, catching 5 apiece. Downstream was smaller water in more crowded areas, but I found another holding pool where the fresh stockies were hanging. After losing a half dozen flies to the bushes, I got into one small brown. 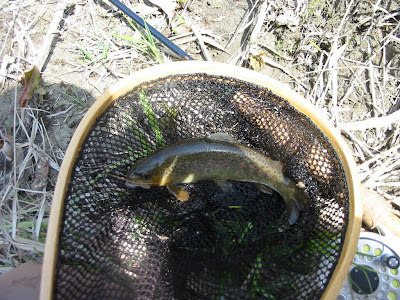 We finished the day off on the Presumpscot, and once again no fish were caught there. 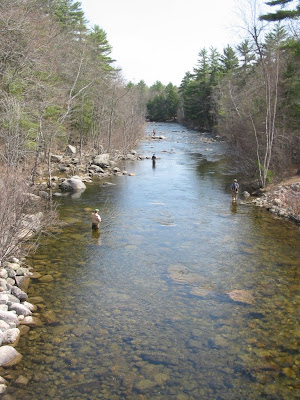